A stand-off isn’t really the first thing you’d expect from an unassuming museum in a quiet city. But at the Onomichi City Museum of Art, you’ll spot the most unlikely stalemate – 2 furry buddies trying to sneak into the museum and a very responsible security guard who refuses to let them do so.

Cats who have been trying to sneak in since 2016 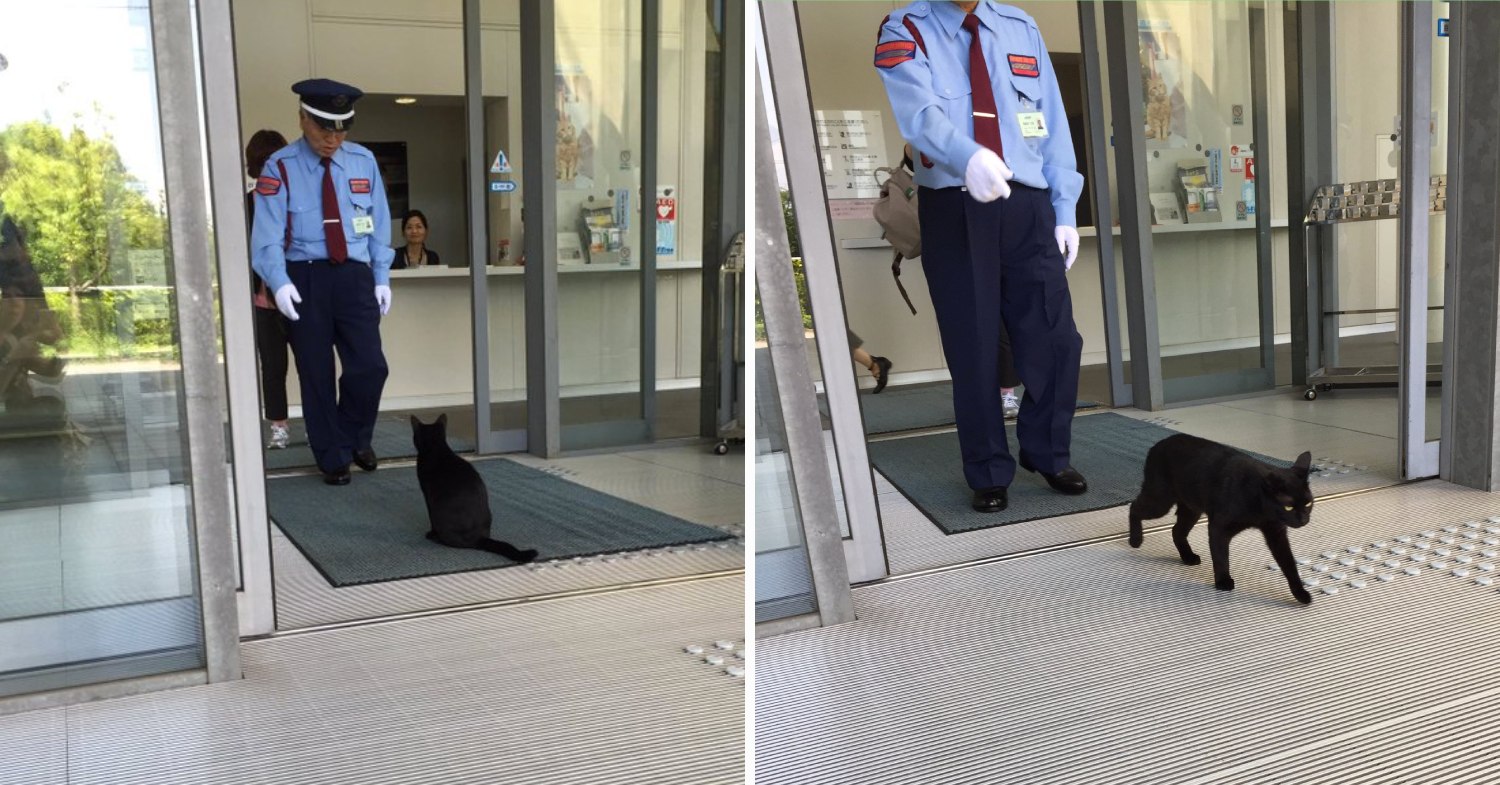 Ken-chan getting turned away from the museum and leaving dejectedly.

It all started in 2016, when a black cat – now known as Ken-chan – attempted to slither past the guard, presumably to catch a cat exhibition that was ongoing then. 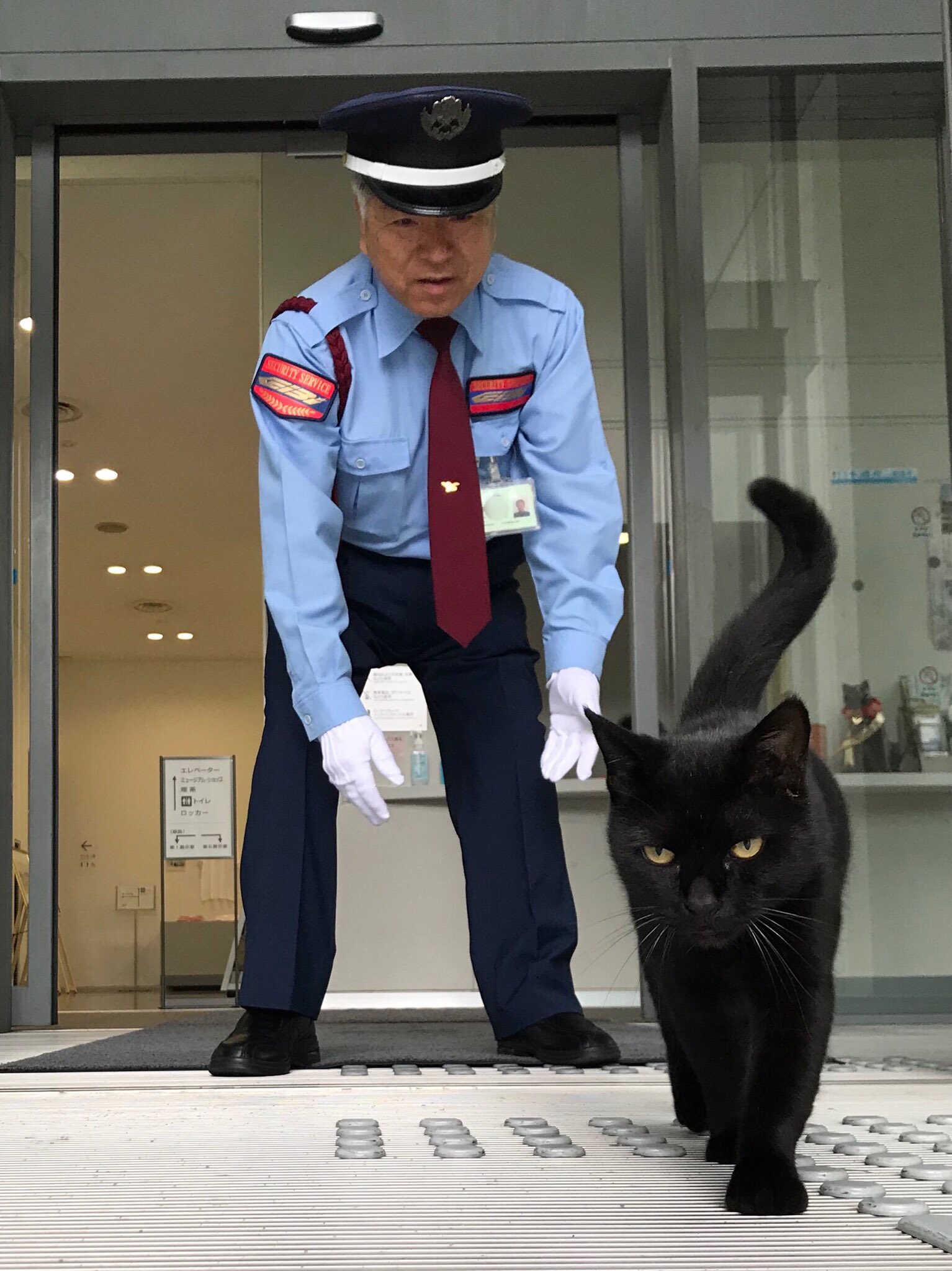 That, of course, did not go down well with the security guard, and Ken-chan was gently coaxed to turn back, much to its annoyance. 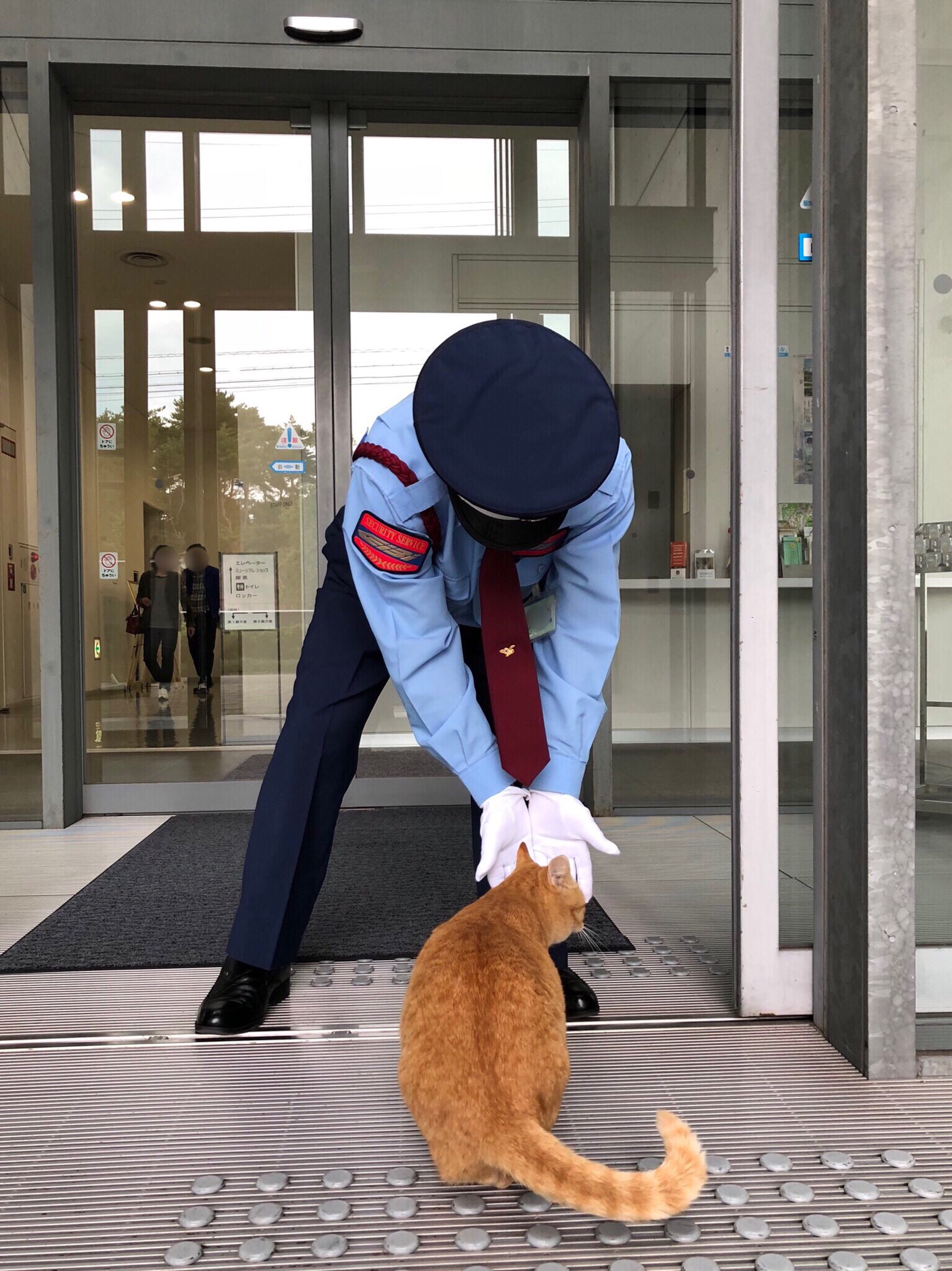 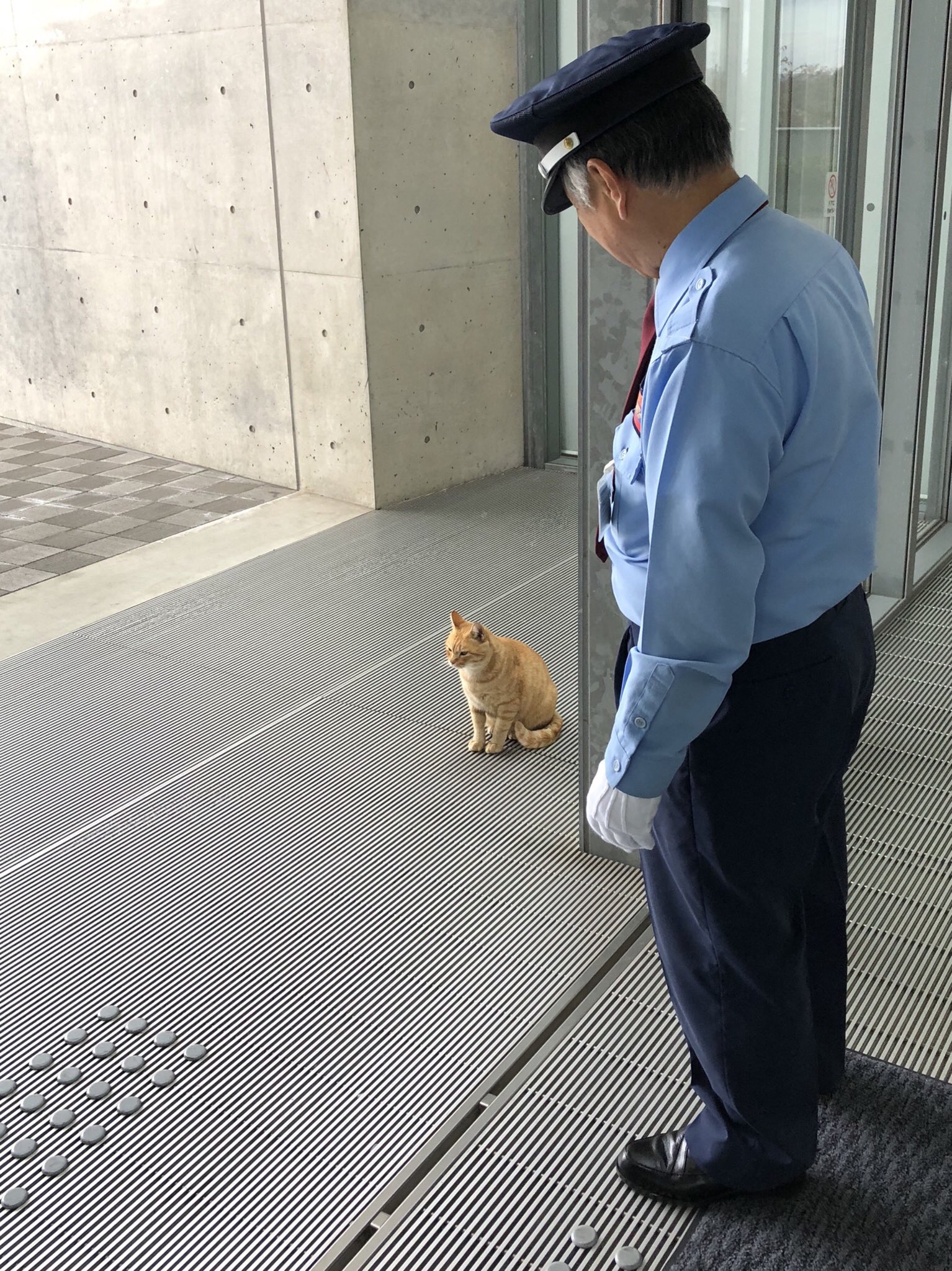 But cats are not one to give up after a mere setback. After its foiled attempt, Ken-chan began showing up with its buddy Go-chan, an adorable ginger tabby. After all, there’s strength in numbers, right? 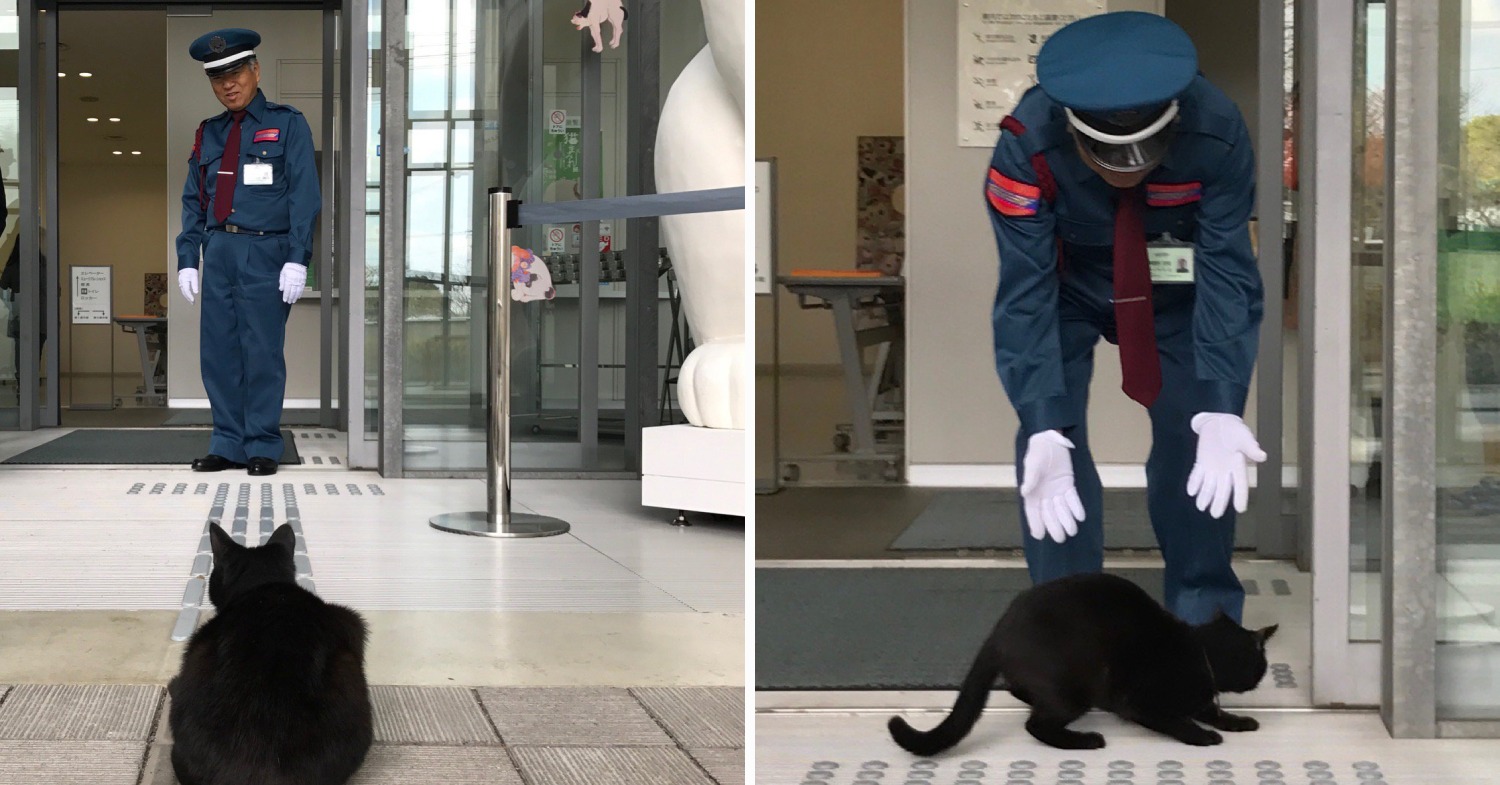 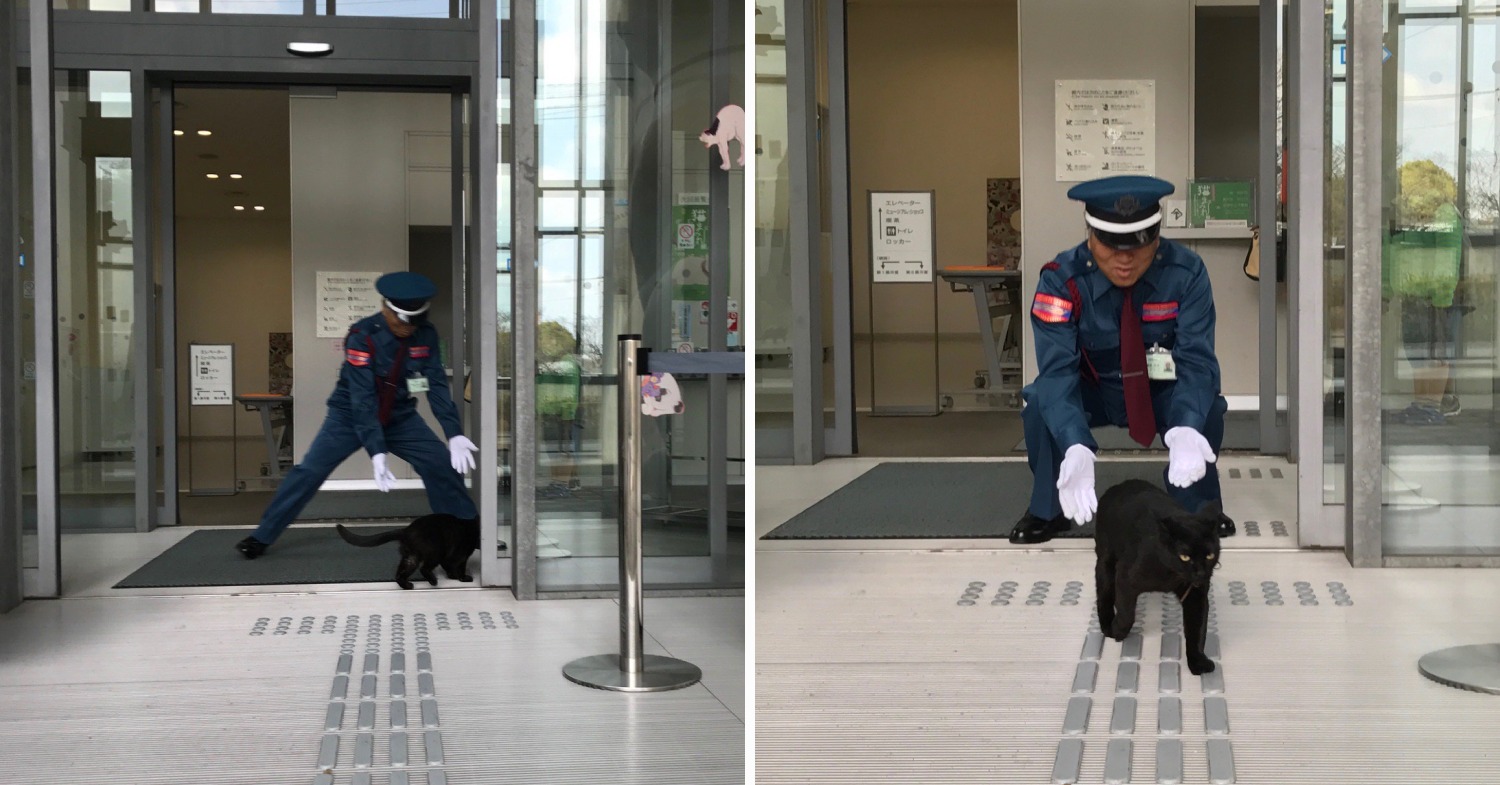 Unfortunately for the kitties, the security guard is good – perhaps too good – at his job. Unaffected by their affectionate purrs and quick to thwart their schemes, the guard outwitted the feline duo, who were unable to gain the upperhand for years. That was until 2018, when Ken-chan took advantage of a security lapse and finally made a breakthrough, going as far as the vestibule.

But alas, the stealth kitty couldn’t make it any further as it was quickly spotted by the sharp-eyed guard. Despite clinging on desperately to the carpet, Ken-chan was lovingly sent on its way. 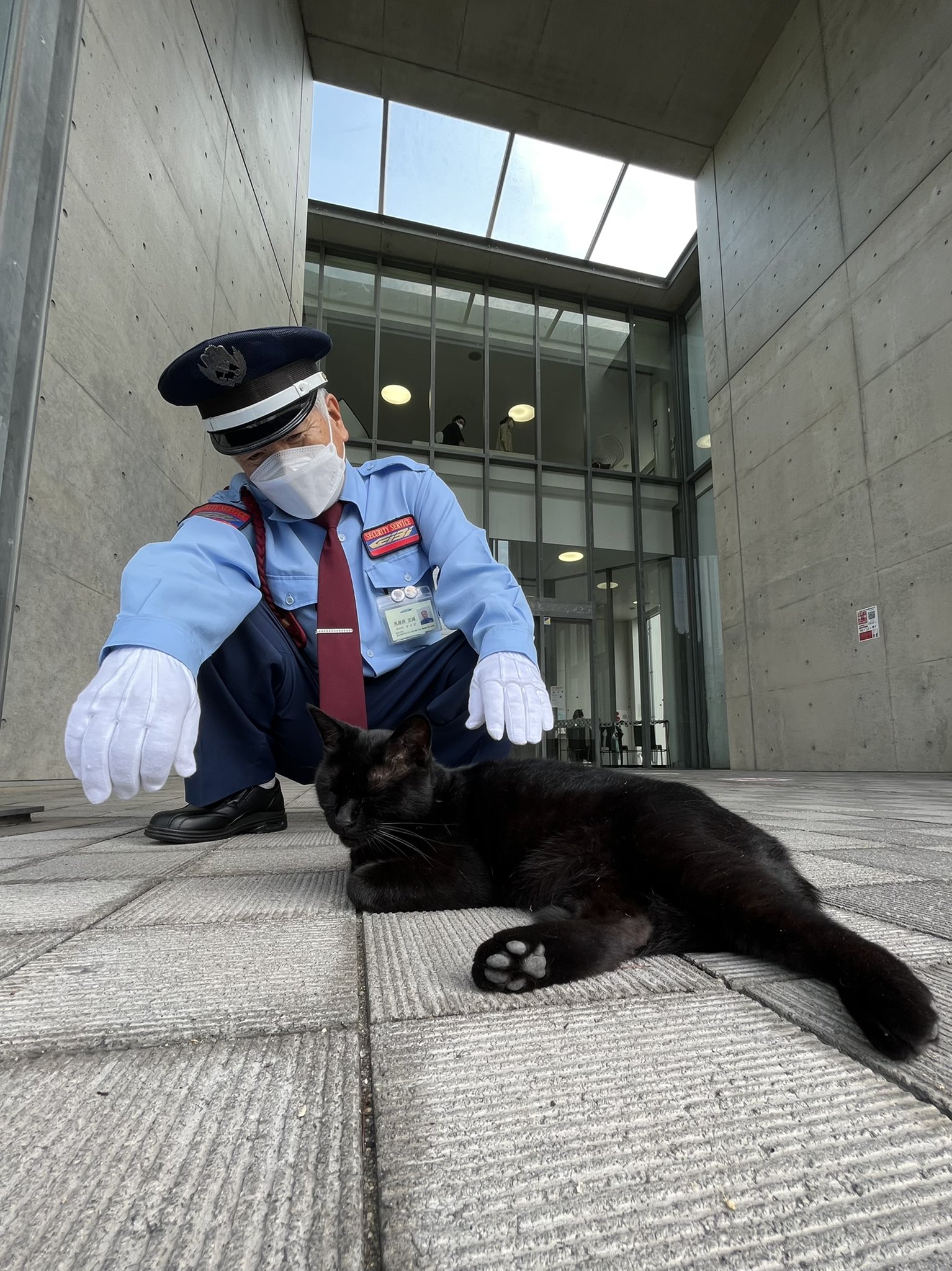 Regardless, since the duo has been showing up regularly at the museum’s doorsteps, they’ve become good friends with the security guard. 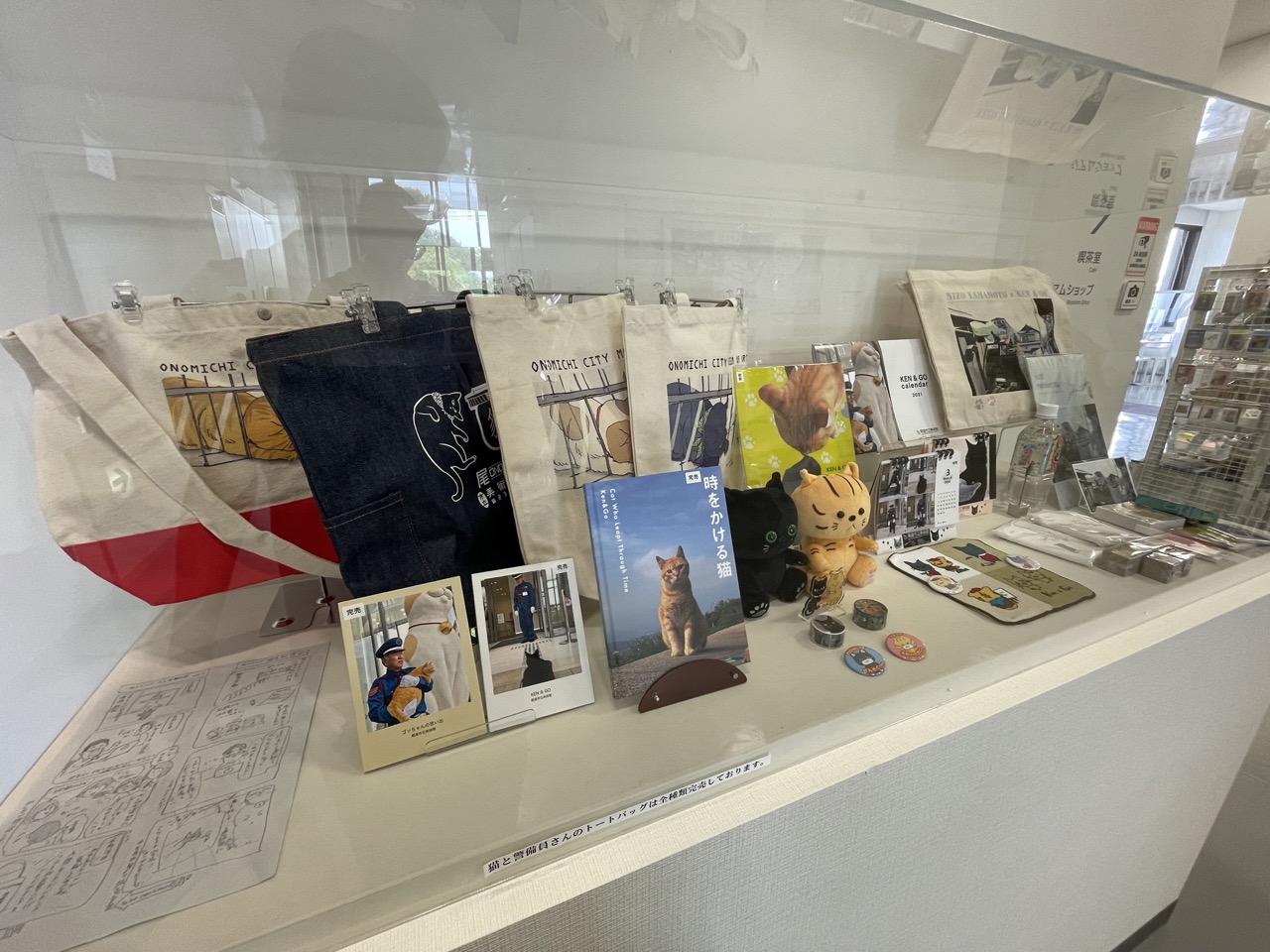 After the photos and video clips of the wholesome interaction went viral on social media, the Onomichi City Museum of Art launched a series of merchandise that feature the shenanigans of the furry partners in crime. 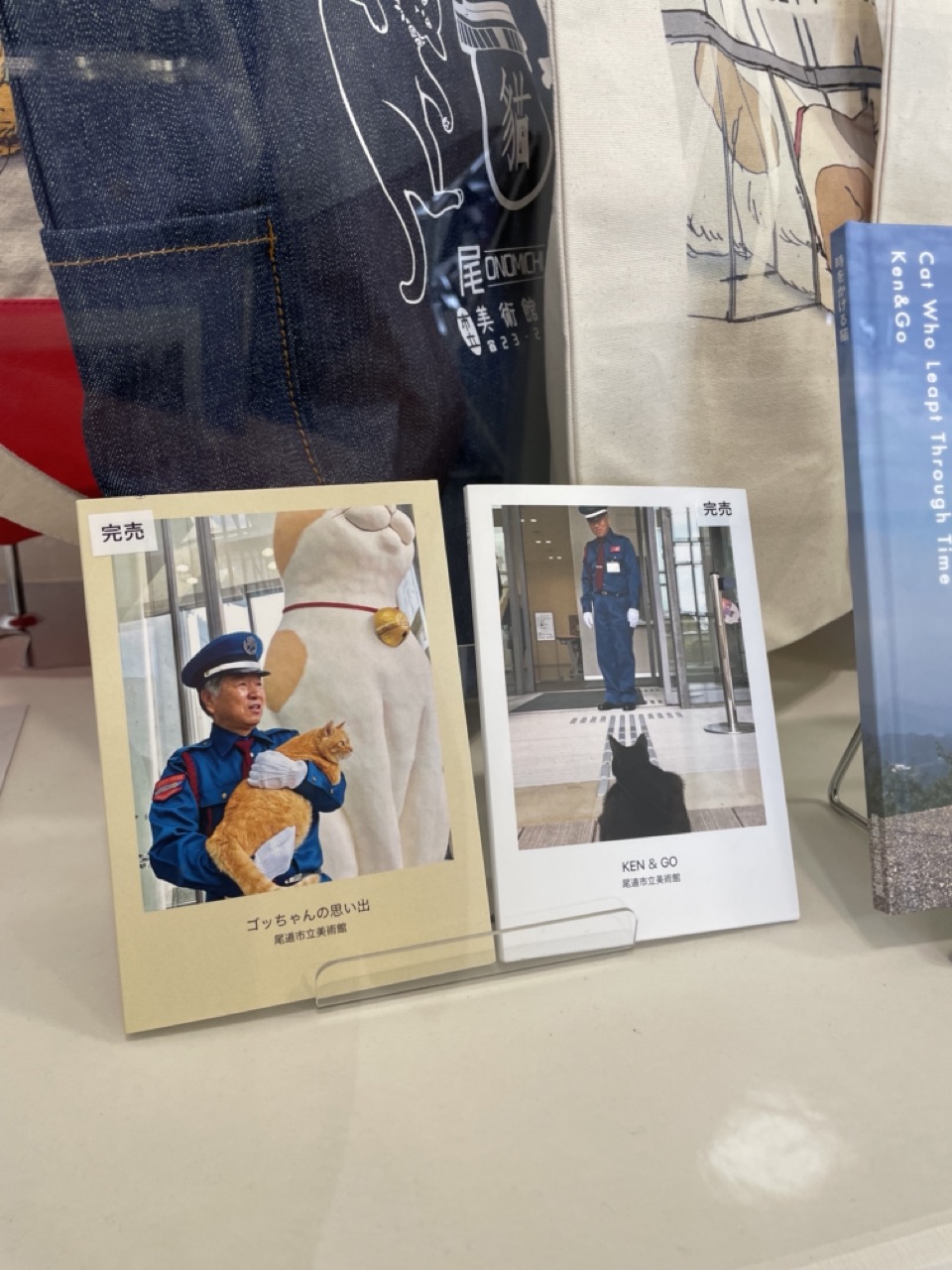 Though small, the museum’s souvenir shop has an impressive range of merchandise on display, which includes tote bags, postcards, and even stuffed toys of Ken-chan and Go-chan’s likeness. 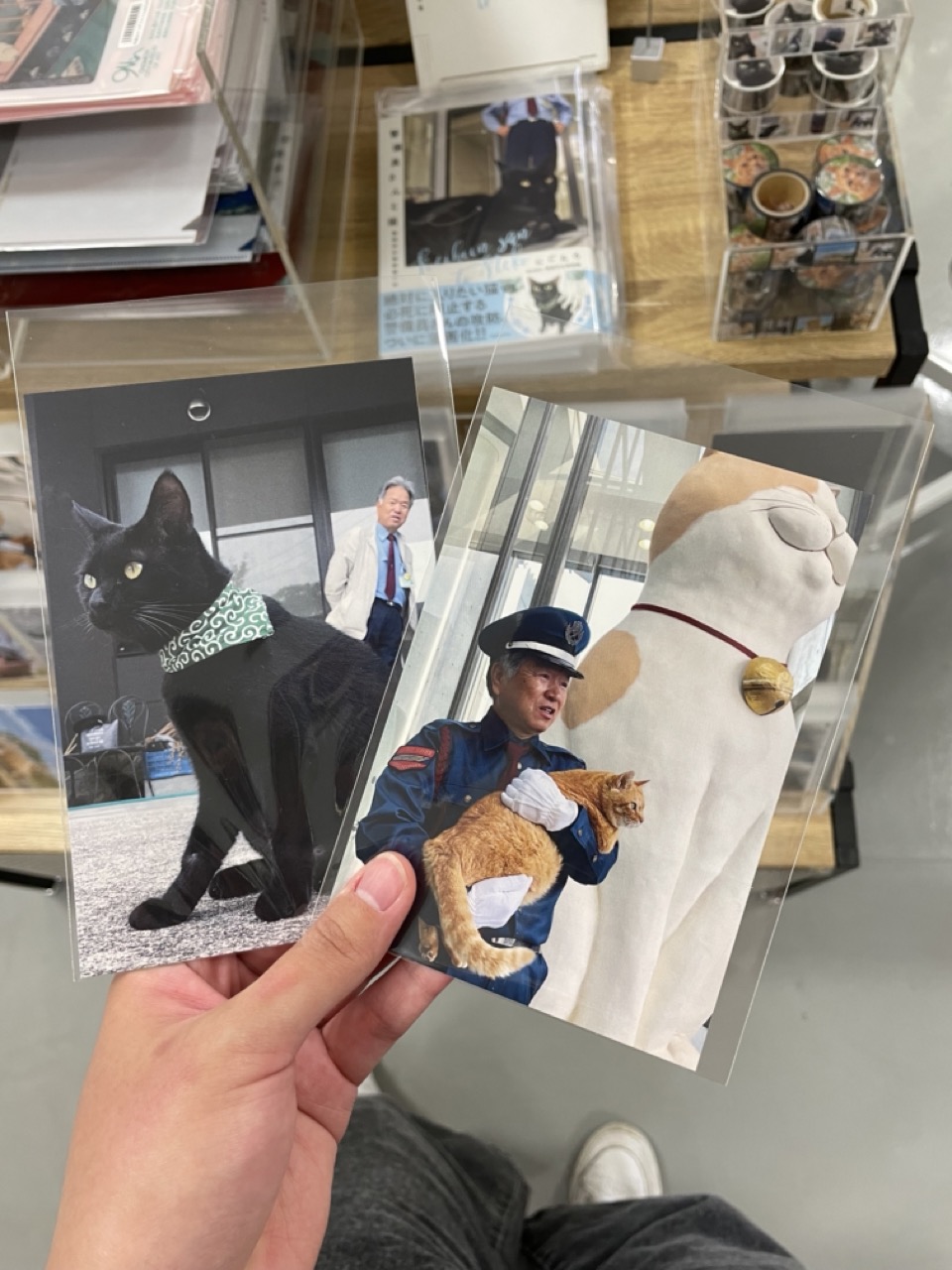 In particular, the postcards (¥150, ~USD1.09) are a keeper as they feature various shots of the aspiring intruders and their human pal who won’t let them in. Conveniently located in Senkōji Park on Mount Senkōji, Onomichi City Museum of Art can be easily accessed on foot from JR Onomichi Station. The path up the park is well-paved and easy to navigate.

Admission into the museum is free, though separate tickets have to be purchased for seasonal exhibitions. 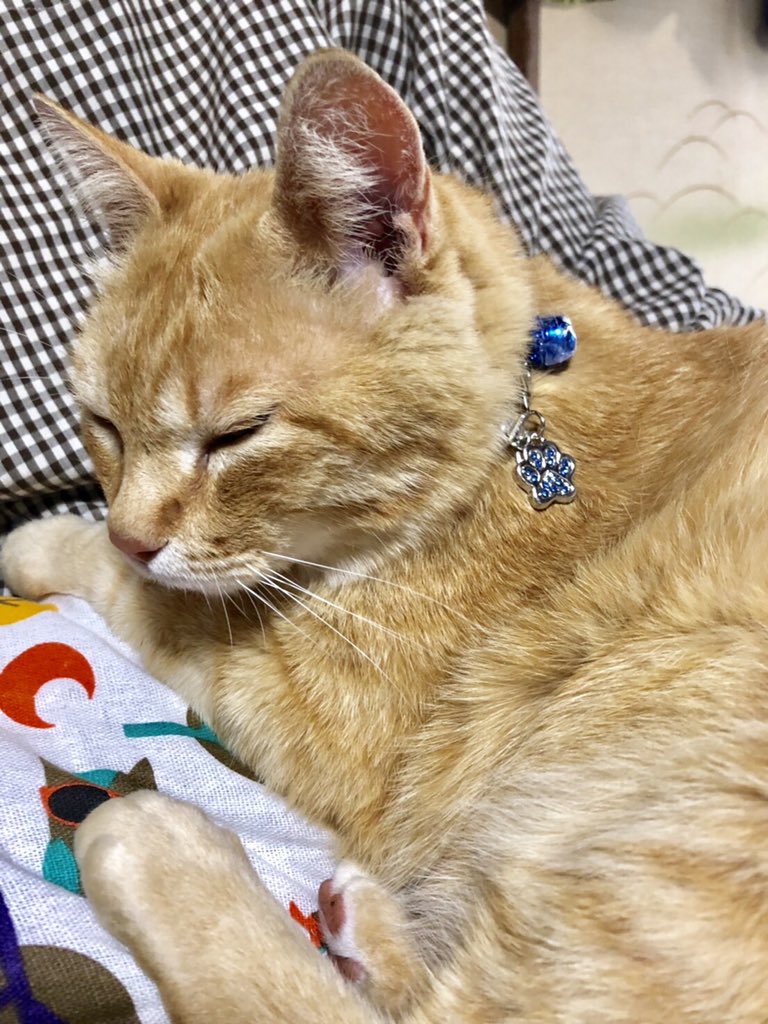 While Ken-chan continues to make routine visits to see his human friend, Go-chan was adopted in 2019 and has been living his best life as a house cat ever since. To catch the cats – and possibly future partners in crime – in action, follow Onomichi City Museum of Art on Twitter and Instagram.

Not sure what to do in Onomichi after your museum visit? Check out our guide here. 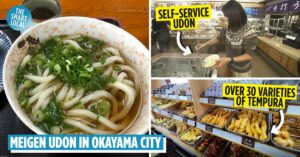 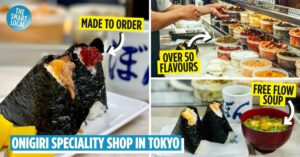