Whether you’re a frequent traveller or a first timer in Japan, there are bound to be aspects of everyday life in this country that are mind-boggling. Why are there so few trash cans on the streets? Who is the Glico running man in Osaka and why are tourists so captivated by him? If you’ve ever left Japan baffled and with questions unanswered, read on to find out more about 10 everyday mysteries in Japan and the truth behind them. 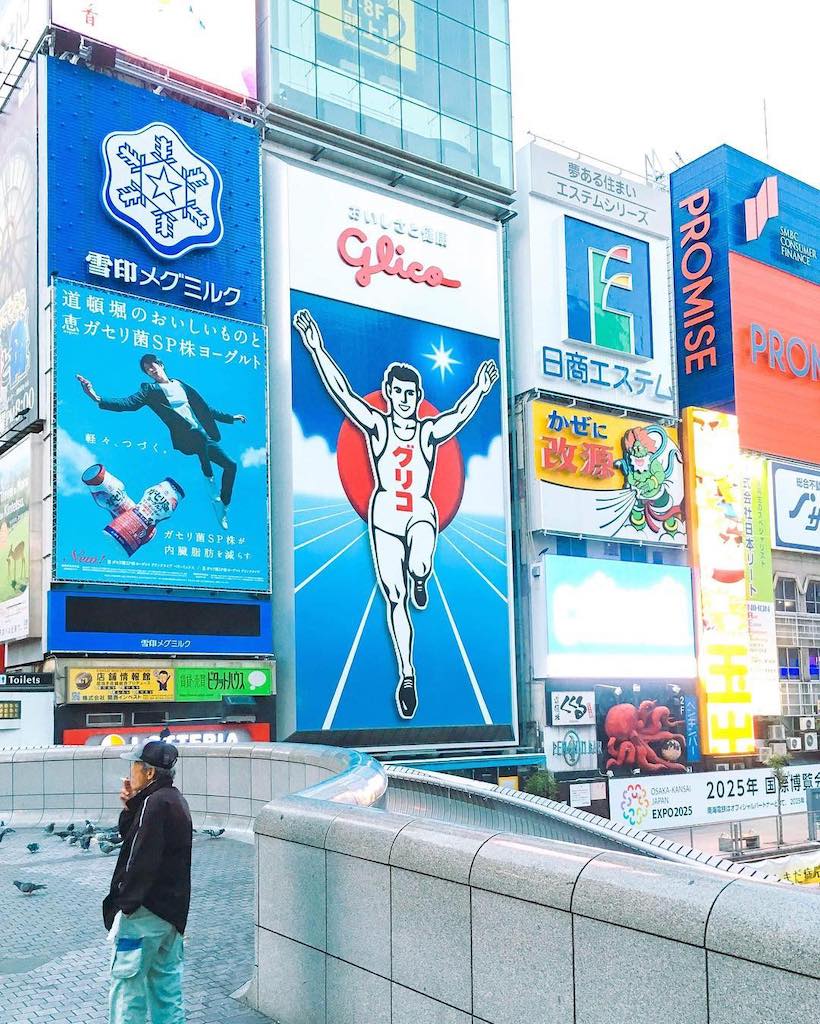 No trip to Osaka is complete without visiting the iconic running man signboard along the canal of Dōtonbori. Who exactly is he? Why are locals and tourists so enamoured with a neon lit sign? 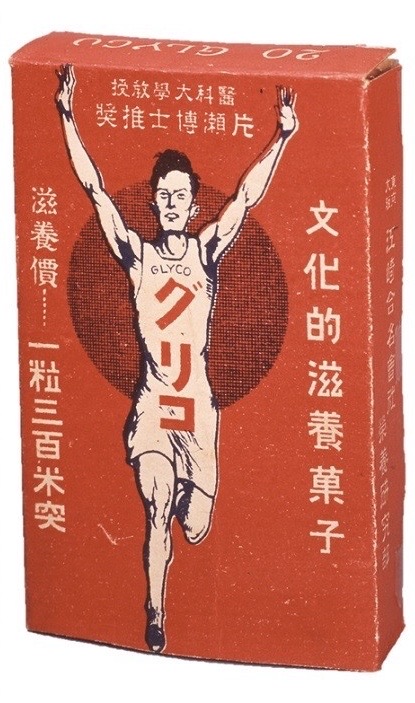 Glico’s first product which was released in 1922 – caramel candy.
Image adapted from: Glico

The running man signboard advertises Glico, one of Japan’s largest confectionery purveyors and the company behind Pocky – a popular chocolate-coated biscuit snack.

In 1922, the company launched its first product – a caramel candy which contains glycogen derived from oysters. According to Glico’s founder Riichi Ezaki, glycogen provides nutrition for energy and good health. 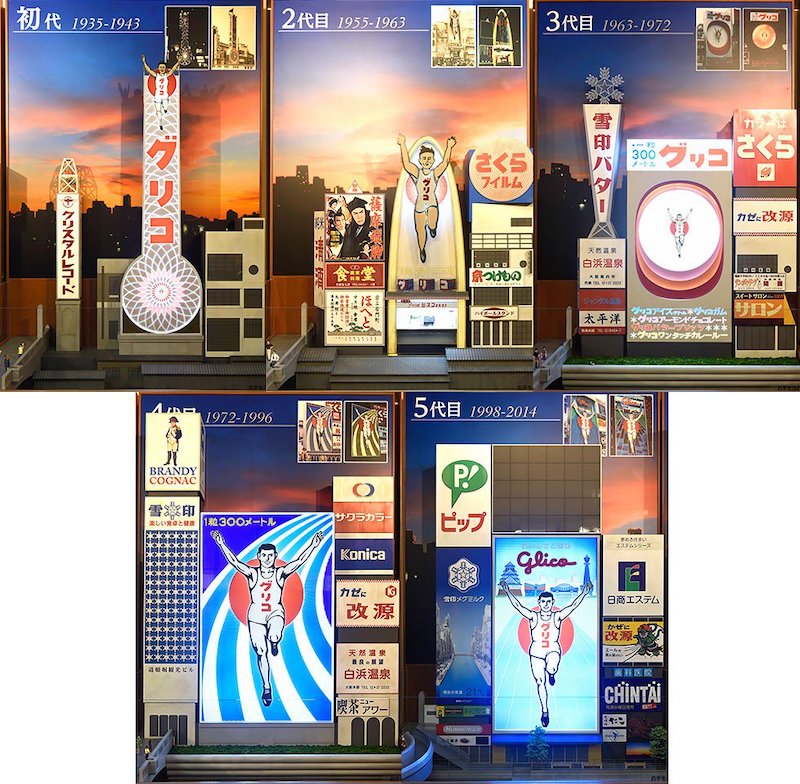 5 generations of Glico signboard over the years
Image credit: @GlicoPRJP

In order to convey the nutritional value of Glico’s caramel candy, the confectionery was packaged in a red box with a picture of a runner printed on it. Accompanying the running man was the slogan “300 Metres In 1 Piece” (一粒三百米突), implying that the candy can boost energy and provide enough strength needed to finish a 300-metre sprint.

The appearance of the sprinter was inspired by images of smiling runners such as Shizo Kanakuri, a famous athlete hailed as the “father of marathon” in Japan. To this day, the running man’s status as the face of Glico remains unchanged, though the famed signboard has gone through a few evolutions since it was first installed over 80 years ago. The current version is the 6th generation, which was unveiled in 2014.

2. Why do salarymen all dress the same? It wouldn’t be rush hour in Tokyo without hoards of salarymen (sarariiman, サラリーマン) dressed uniformly in dark business suits, scurrying to catch the morning train. 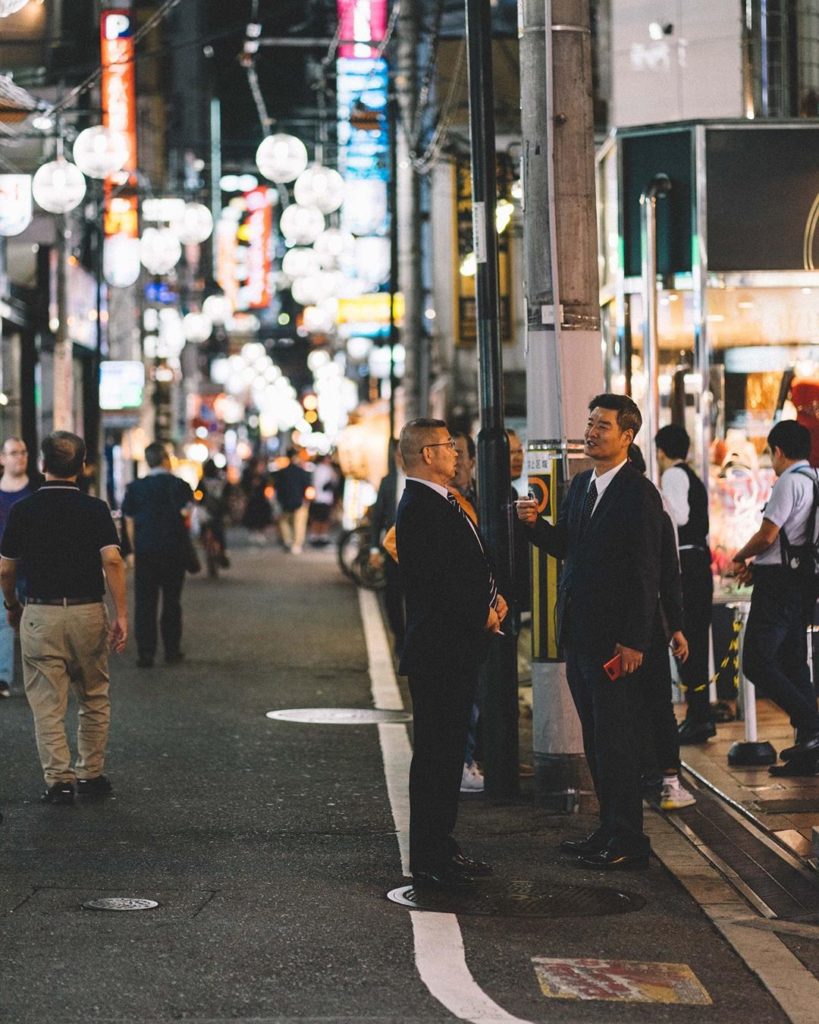 If you were ever perplexed by why office workers seem to all dress alike, you’re not alone. In fact, your observations are justified. A typical salaryman getup consists of a white-collared shirt, basic dark-coloured suit and a simple tie – preferably one without extravagant patterns or colour. 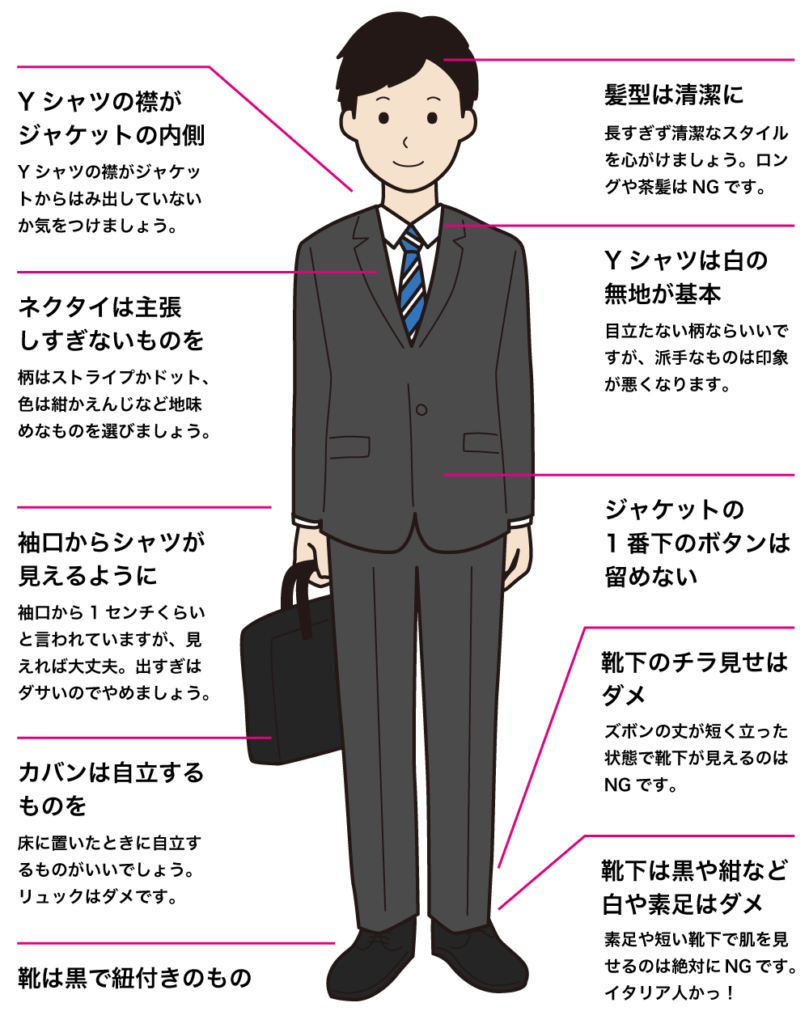 Manual on how to dress appropriately for the workplace from a job hunting portal
Image credit: Be Connect

In some major retail chains or department stores, business appropriate attires are advertised and sold as affordable “packages”. Targeted at fresh graduates and job hunters, these packages often include a head-to-toe getup – from suits to polished boots – that is considered socially acceptable and “safe” for work. 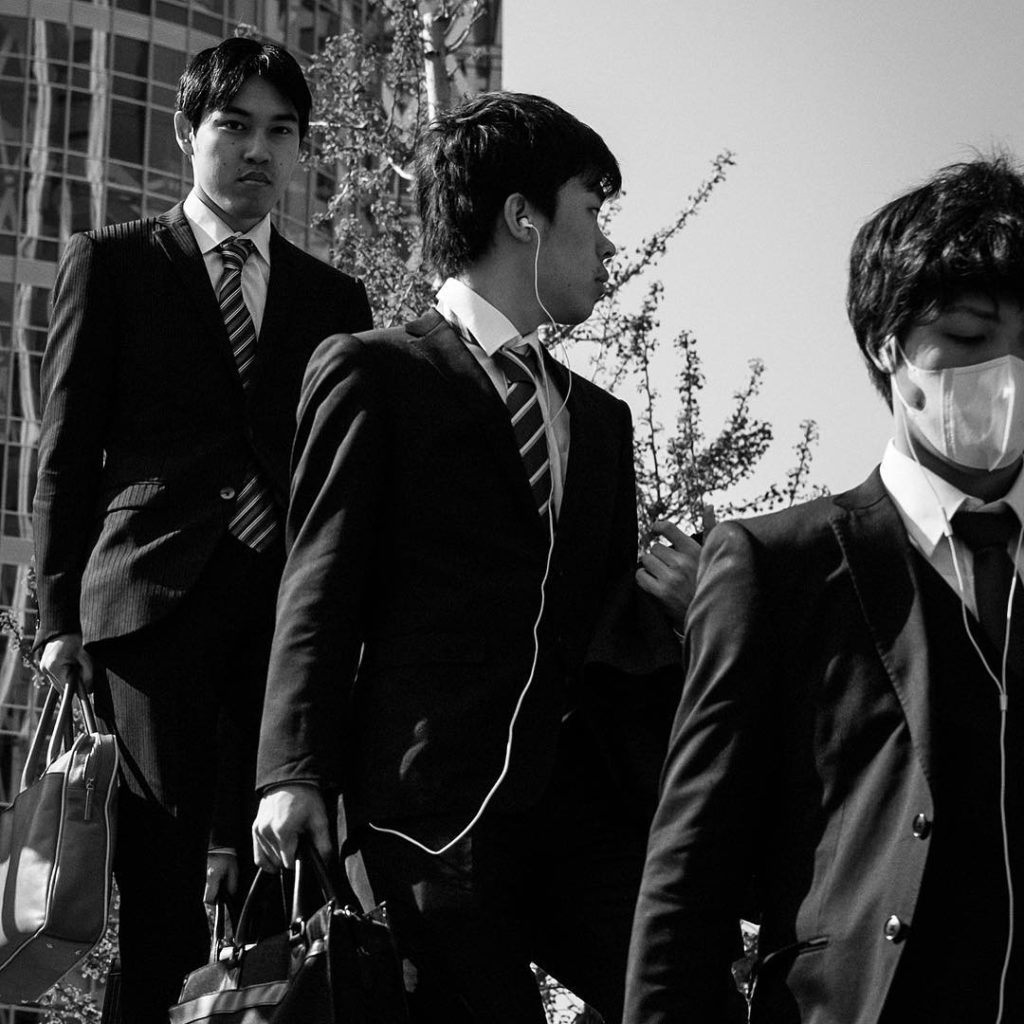 As the Japanese corporate environment often places emphasis on conformity and uniformity, the last thing any newcomer should do is rock the boat and stand out like a sore thumb. Generally, the consensus is to dress as conservatively as possible, which is why it is unlikely that you’ll find any salaryman dressed otherwise.

Fortunately, rules vary according to companies and it has relaxed considerably in recent years, thanks to the Cool Biz campaign. To encourage energy conservation in the workplace, air conditioners in workplaces are set at 28℃ in summer. Government employees are allowed to dress down so that they can work in warmer temperatures.

3. Why can’t the shutter sound on Japanese phones be switched off? 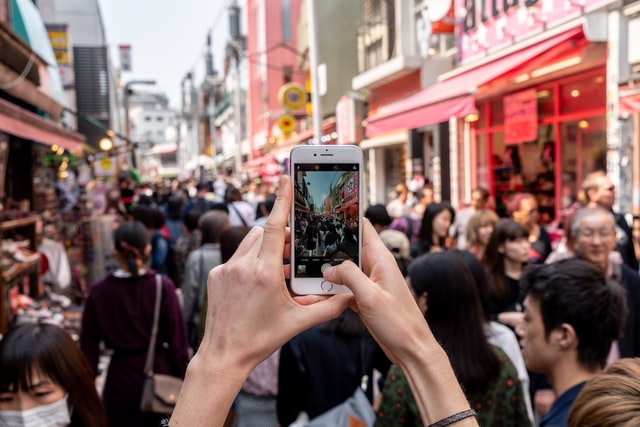 All Japanese phones – or at least those sold by major smartphone carriers – have an in-built shutter sound that plays when a photo is taken. This shutter sound cannot be disabled or switched off. 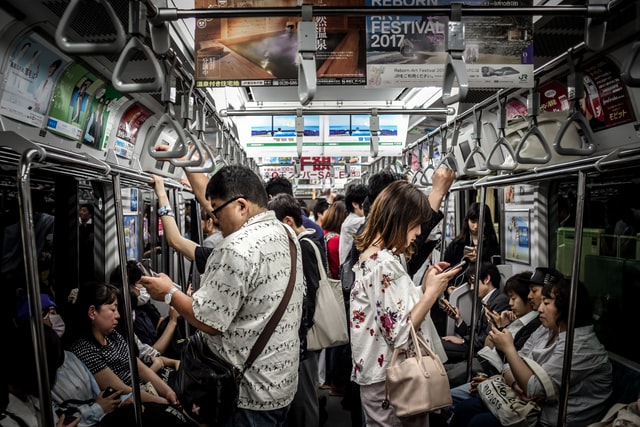 It was an industry standard that was agreed upon between the government and phone companies in Japan. With the proliferation of smartphones with high-resolution cameras in the early 2000s, secret filming and upskirt photos were rising social ills.

After the compulsory feature of shutter sound was installed, phones quickly became less suitable for this perverted purpose. Though it is not required by law, it is still an unspoken agreement adopted and maintained by Japanese phone companies till this day.

4. Why do the Japanese eat KFC during Christmas? 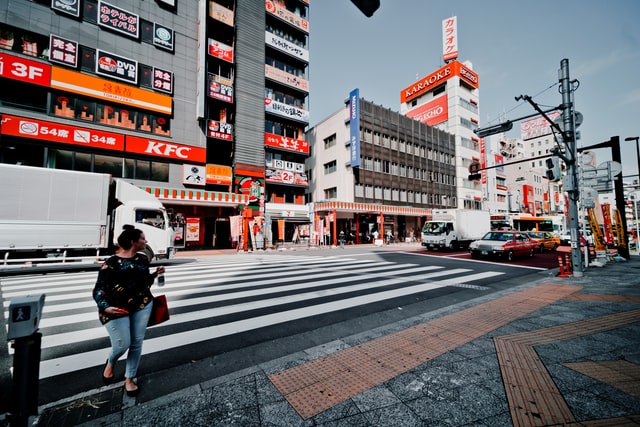 Colonel Sanders is not kidding when he claims that his fried chicken is finger lickin’ good and the Japanese can attest to that. Rather than gathering around the table for a turkey dinner, the Japanese celebrate Christmas by eating fried chicken from KFC.

In fact, the fast-food chain’s annual Christmas dinner menu is so popular that people have to pre-order their food weeks in advance, or wait in line for hours to get their hands on it. 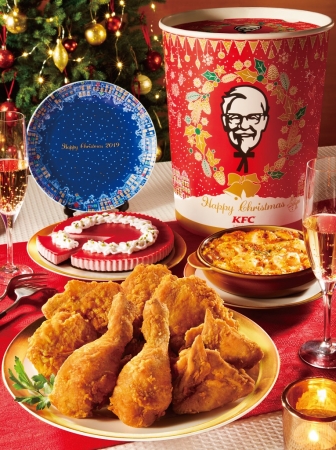 The national frenzy is said to have started in the 1970s due to a clever marketing campaign. Back then, Japan didn’t have any well-known or specific tradition associated with Christmas as the Christian community in the country was small.

With the campaign slogan “Kurisumasu ni wa Kentakki” (クリスマスにはケンタッキー), or “Kentucky for Christmas”, the brand successfully associated its signature red and white colours with the festive season.

It also doesn’t hurt that mascot and founder Colonel Sanders, who sports white hair and a full beard, makes for the perfect stand-in for Santa Claus. Over time, eating Kentucky Fried Chicken became a festive tradition unique to Japan.

5. Why are umbrellas mostly transparent in Japan? 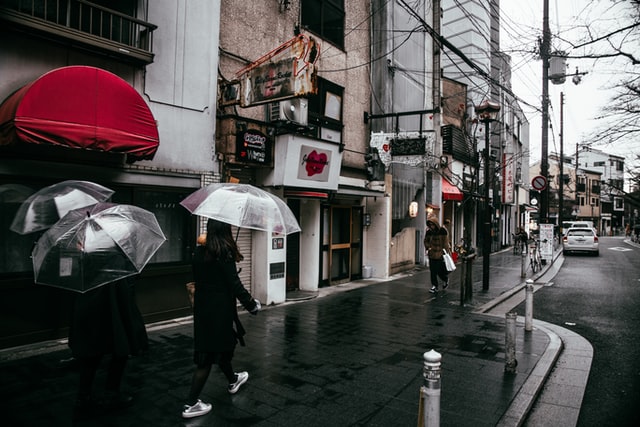 While transparent umbrellas are as ubiquitous as vending machines in Japan today, these clear plastic umbrellas actually got off to a rough start.

When transparent umbrellas were first sold in the early 1960s, it wasn’t popular among Japanese consumers – possibly because it looked so eccentric compared to their opaque western counterparts. Sales only picked up in the 1980s to 1990s when Japan started importing cheap umbrellas. 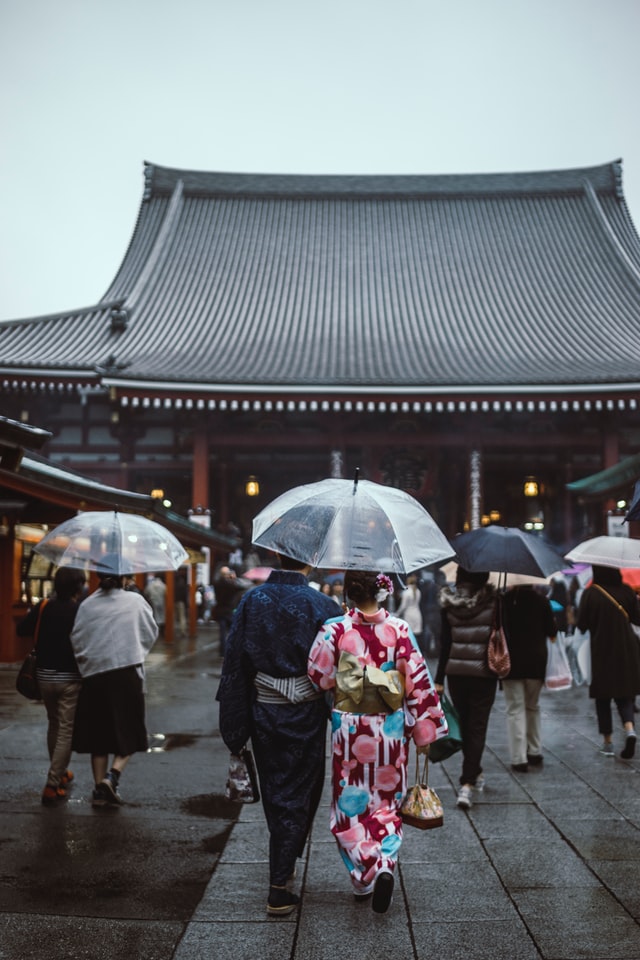 These days, they are more commonly known as コンビニ傘 (konbini kasa), which are umbrellas sold at convenience store. Rather than a matter of preference, people use clear umbrellas out of convenience.

When you’re caught in the rain, you can easily grab a cheap umbrella from a konbini nearby at a reasonable price. Just don’t expect these umbrellas of cheap plastic variety to stand up to wear and tear in the long run.

6. Why do stone statues wear bibs and hats? 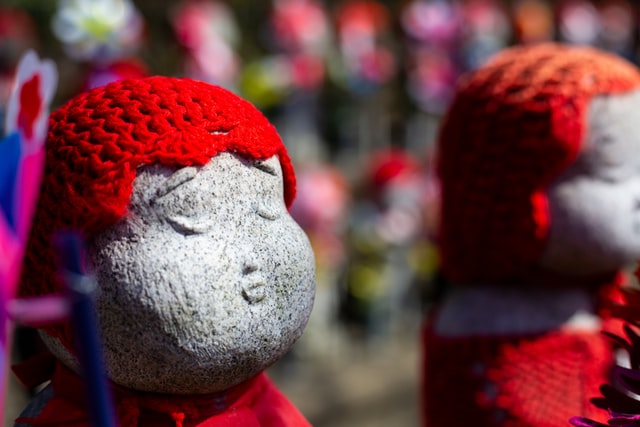 Jizō (地蔵), the stone statue in question, is dotted across Japan in shrines, temples, cemeteries, and even off the beaten paths. Affectionately referred to as “Ojizō-san” by the locals, the statues are deities believed to protect children and unborn babies. 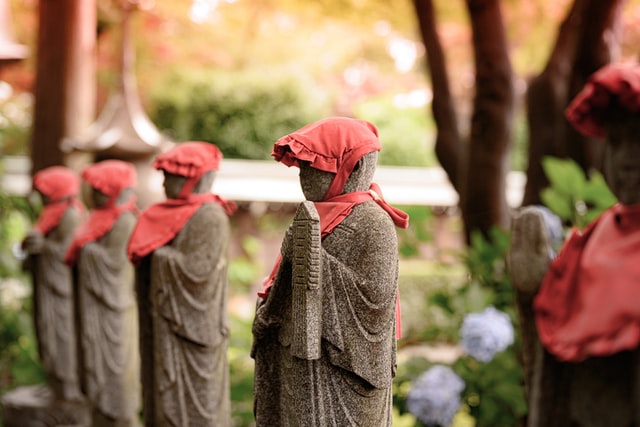 Aside from being the guardian of children, they also protect travellers – which is why these stone statues can sometimes be found along roads and even on remote paths.

Those who’ve had a chance encounter may sometimes find jizō adorned with red bibs and knitted hats, especially in colder months. These are acts of virtue by locals to not only keep the guardian deities warm, but also to ward off evil and danger.

7. Why are the colours of conbini storefronts different in some prefectures? Colours are important elements of brand recognition, which is why many global brands scramble to license their signature colours in order to stand out from the crowd. 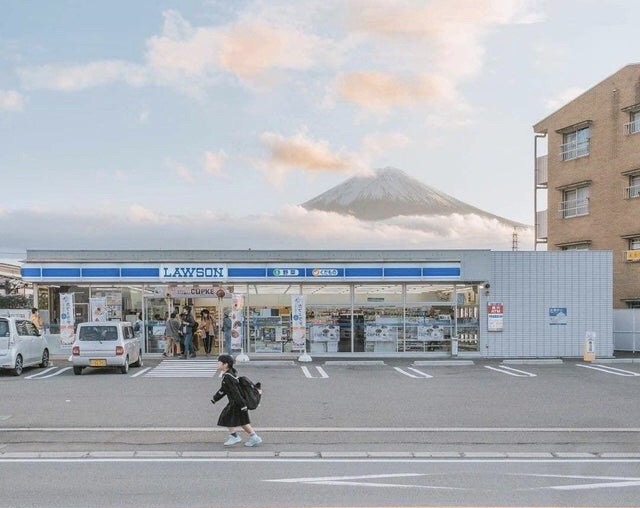 A typical Lawson storefront with its signature blue and white colours
Image adapted from: BeardedGlass 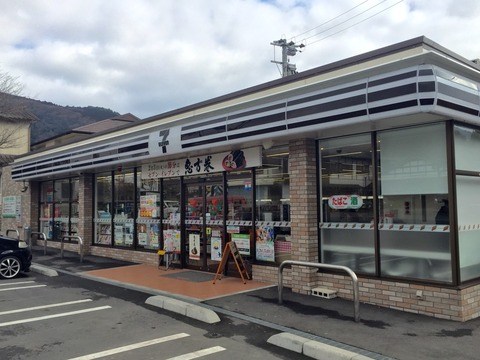 These companies discuss with local governments to decide on the appropriate colours to use for signboards. Black, brown, and white are popular choices as they blend in easily with traditional buildings and the landscape. This way, historical towns and districts can maintain their heritage townscapes in the face of rapid urbanisation.

8. Why is it so hard to find trash cans in Japan? 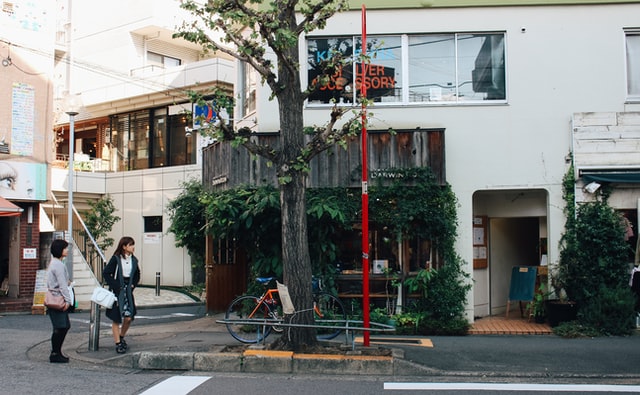 This is perhaps the biggest culture shock for any visitor to Japan – why is it so difficult to find a trash can in public? The shortage of trash cans in public spaces is mainly attributed to the 1995 Tokyo Subway Sarin Attack.

25 years ago, members of Aum Shinrikyo, a cult, released toxic sarin gas on the Tokyo subway, killing 12 people and injuring thousands. Although the culprits were eventually arrested, public paranoia was high following the attack.

In order to assuage public fear and prevent terrorist attacks from happening again, bins were removed from public spaces as they could potentially hide dangerous weapons. 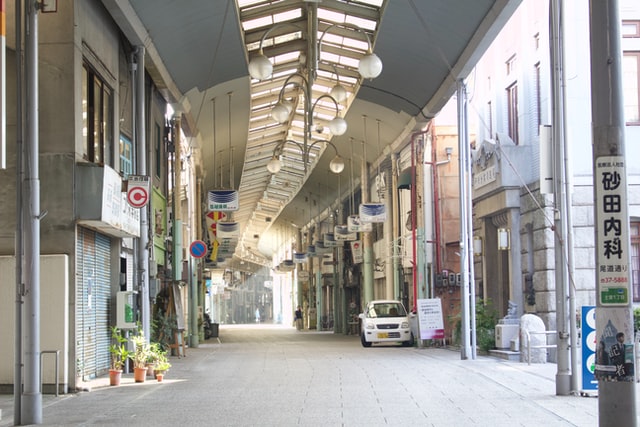 These days, you can spot trash cans on train station platforms, but they are mostly transparent to allow its contents to be seen easily. So if you really need to discard anything, your best bet would be to look for train stations nearby. In a pinch, you can also drop by a convenience store – although it is best to make a purchase first as the bins are meant for customers.

9. Why are disposable chopsticks so ubiquitous? 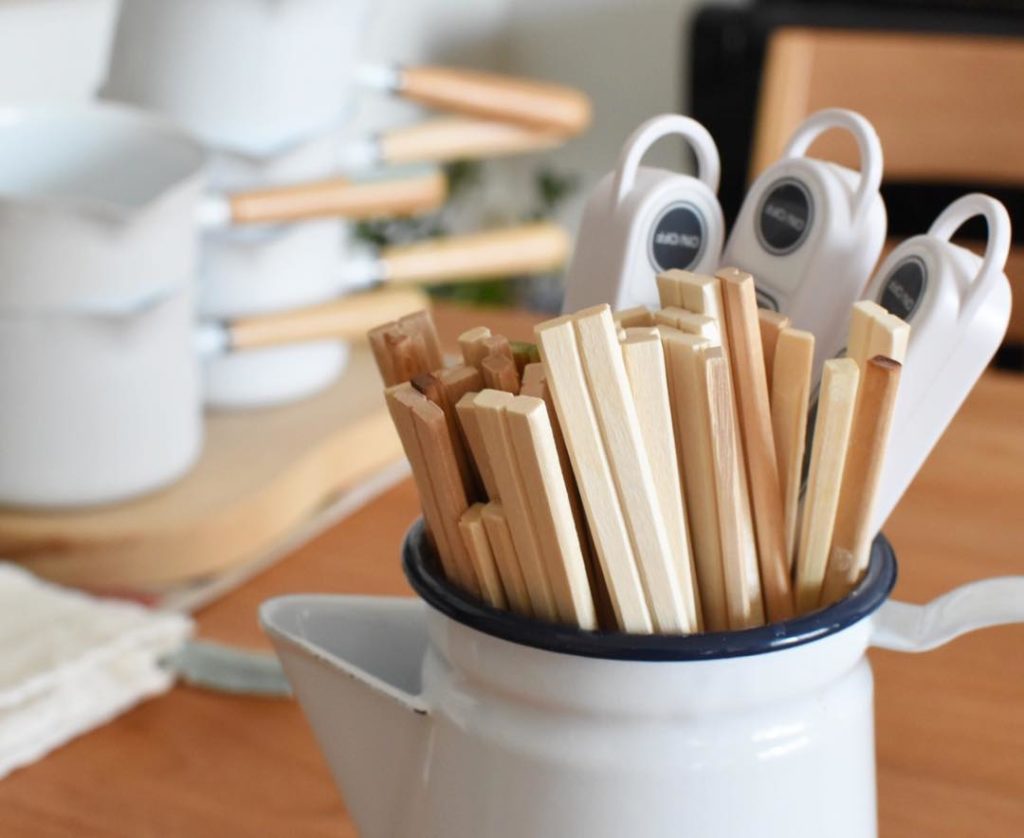 The average Japanese goes through a staggering amount of disposable chopsticks every year. Dining in at a ramen restaurant or simply purchasing a bento from the convenience store? Disposable chopsticks, or waribashi (割り箸), are provided for single use and thrown away after.

For the uninitiated, it might sound uneconomical. Why not switch to reusable ones to prevent waste? 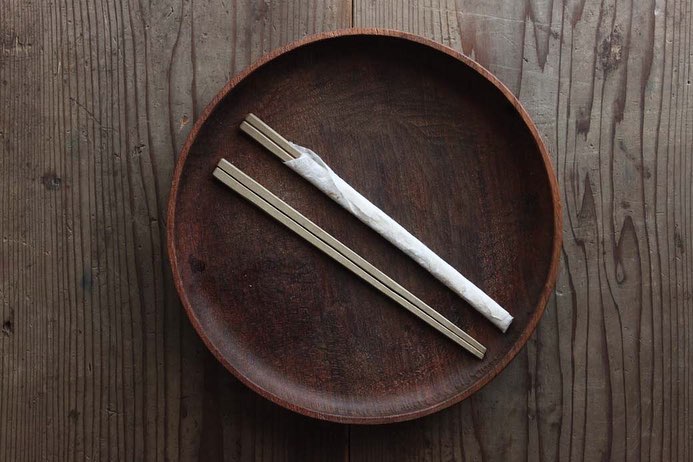 As strange as it may be, some environmental groups in Japan advocate for the use of disposable chopsticks as they believe that it is actually good for Japanese forests. Most waribashi are made from leftover timber obtained from forest-thinning, a process essential to keep forests healthy.

Timber remnants produced during the process, which would otherwise be deemed useless and discarded, are made into waribashi. So, using disposable chopsticks is actually helpful in keeping forests in good shape.

However, most waribashi today are imported from China, which defeats the original purpose. Hence, there has been a greater call in recent years to use domestically produced waribashi.

10. Why do locals sprinkle water on the streets? 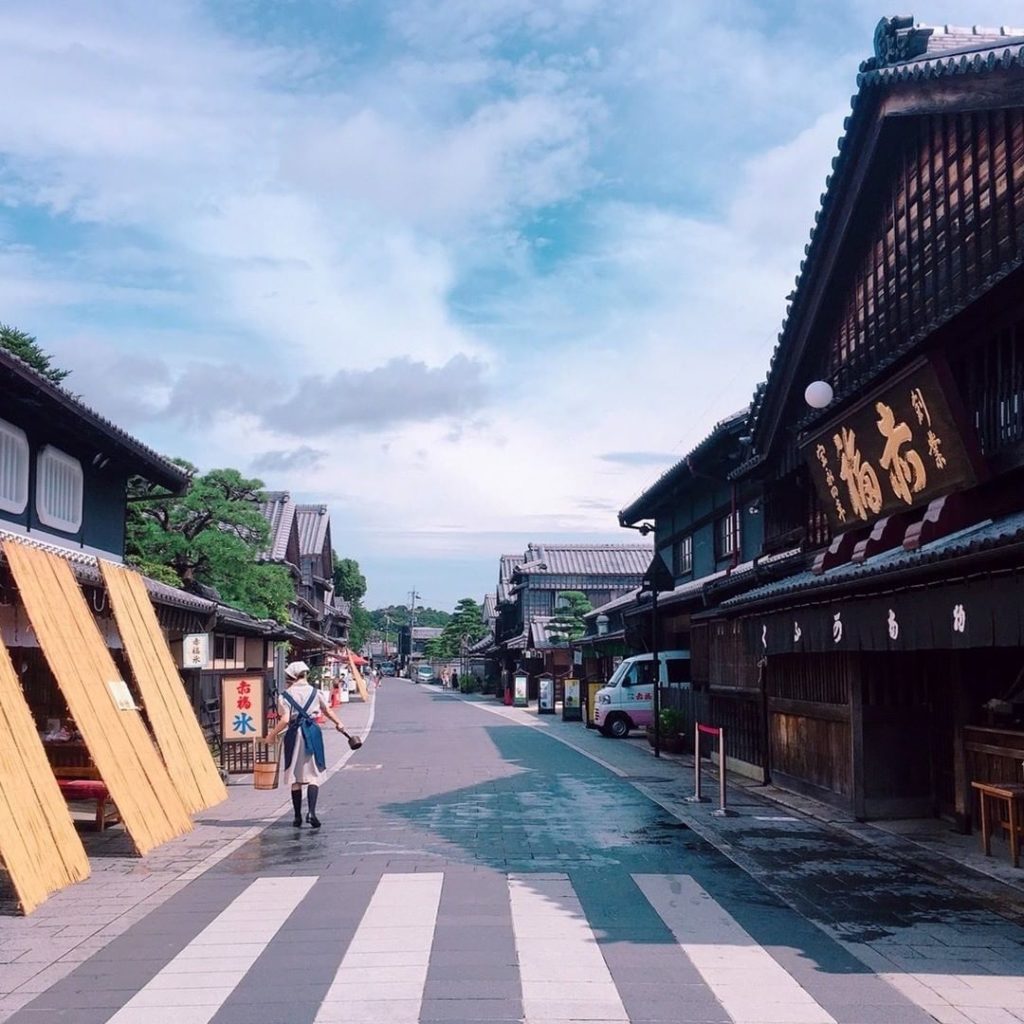 Uchimizu (打ち水) is the long-standing Japanese tradition of sprinkling water on the streets during summer to keep the area cool. Here’s how it works – as the sprinkled water evaporates, it brings down surrounding temperatures and cools down streets. 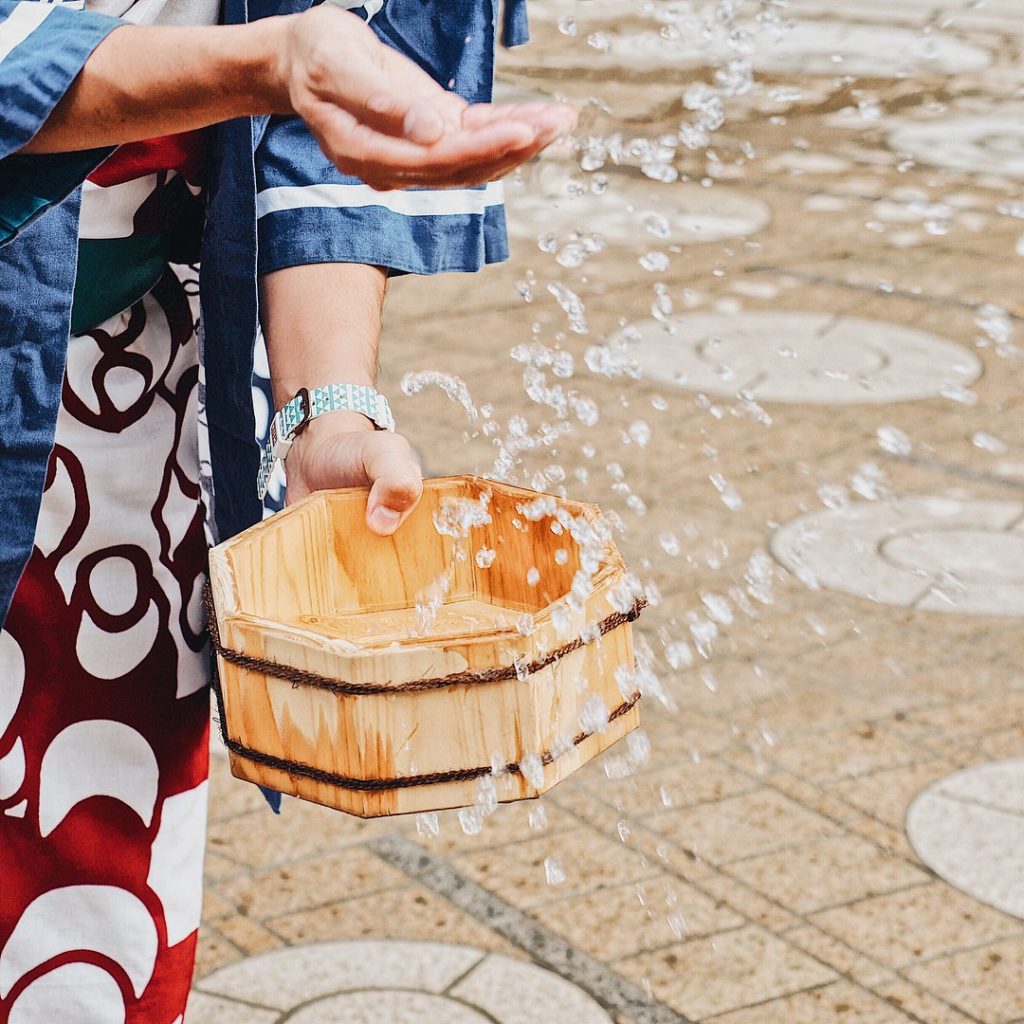 This practice originated in the Edo Period, when it was mostly applied in 茶道 (sadō) – a ceremonial way of preparing tea. Once preparations are completed, the host will sprinkle water at the front entrance to signal the start of the tea ritual. Uchimizu was also useful for preventing dust on unpaved roads from blowing around. 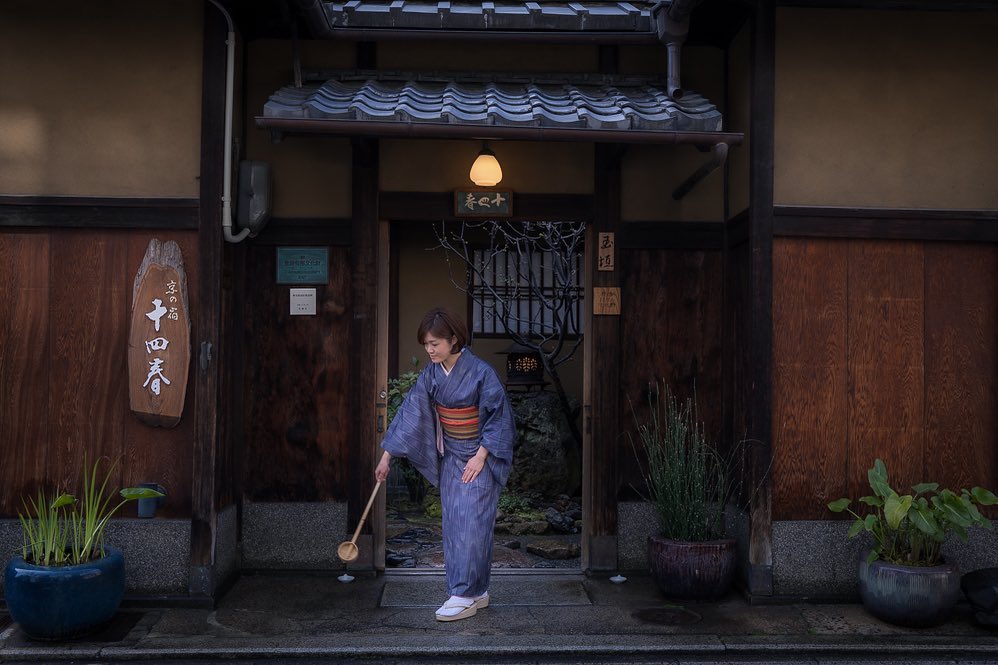 In order to conserve water, accumulated rainwater or recycled water is commonly used. A wooden ladle may be used to distribute water, though these days, a garden hose might be a more convenient option.

You might not have known the answers to these everyday mysteries, and neither has it crossed your mind to look up possible explanations for these puzzles. Hopefully, these random trivia will satisfy your curiosity. What are some other everyday mysteries you’ve come across in Japan?

Check out these articles for more interesting facts about Japan: 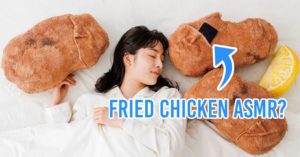 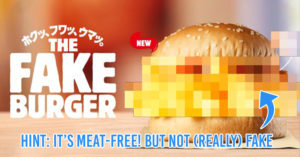