Hosting the Olympics isn’t easy for any country. But no thanks to the pandemic, the Tokyo Olympics has been far more challenging to host than past editions of the Games. Here are 11 Tokyo Olympics BTS secrets that will make you appreciate the sheer amount of effort that has been put into the upcoming Summer Games.

1. The Committee made the Olympic medals from recycled e-waste The Tokyo Olympics Committee is striving towards creating a sustainable Olympics Games.

With this goal in mind, they held the Tokyo 2020 Medal Project from April 2017 to March 2019, in hopes of creating Olympic medals from e-waste collected from the Japanese public and various companies. The project needed 30.3kg of gold, 4,100kg of silver, and 2,700kg of bronze to succeed, and the target amounts were successfully achieved by the end of the project. 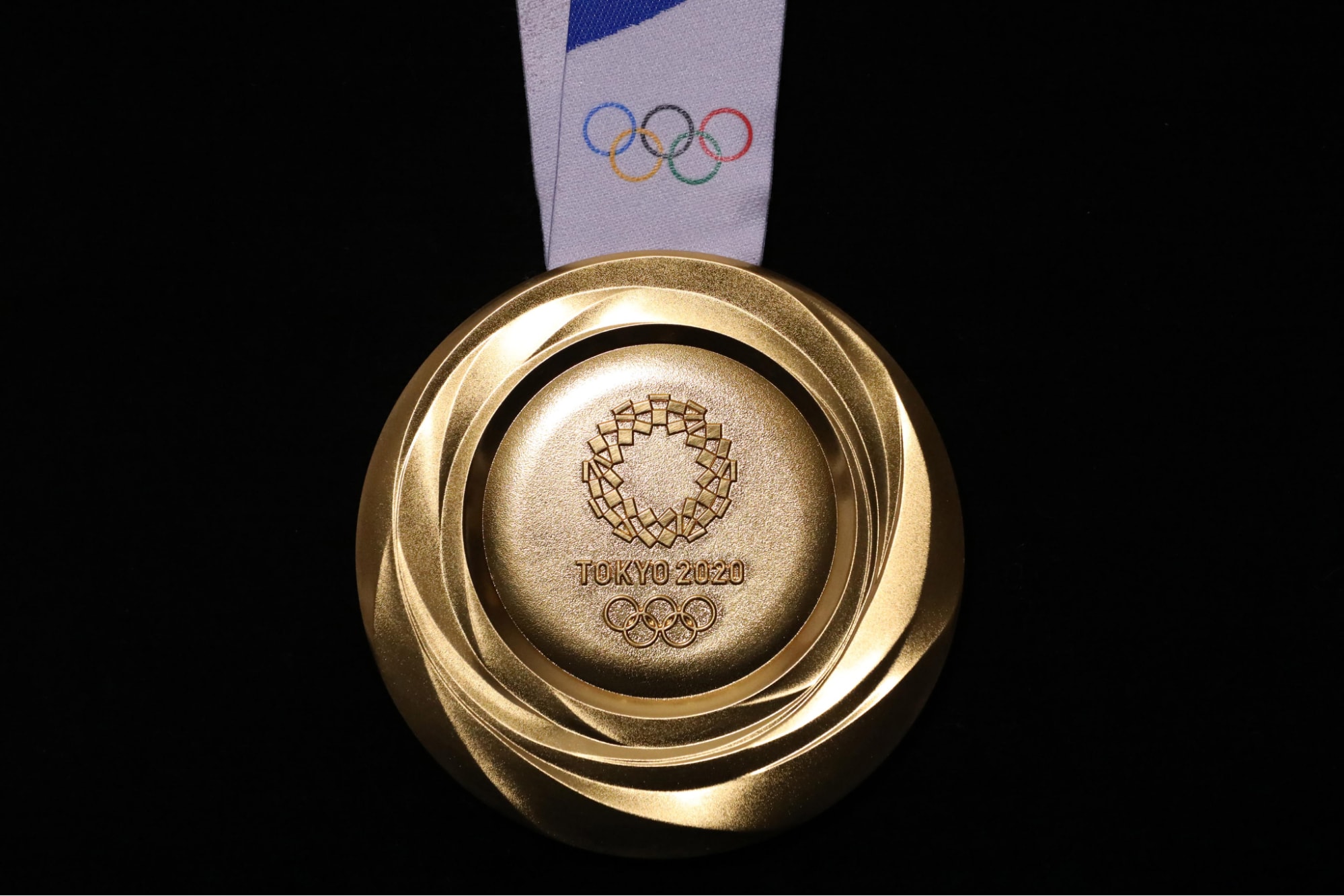 2. The Games will be 100% powered by renewable energy 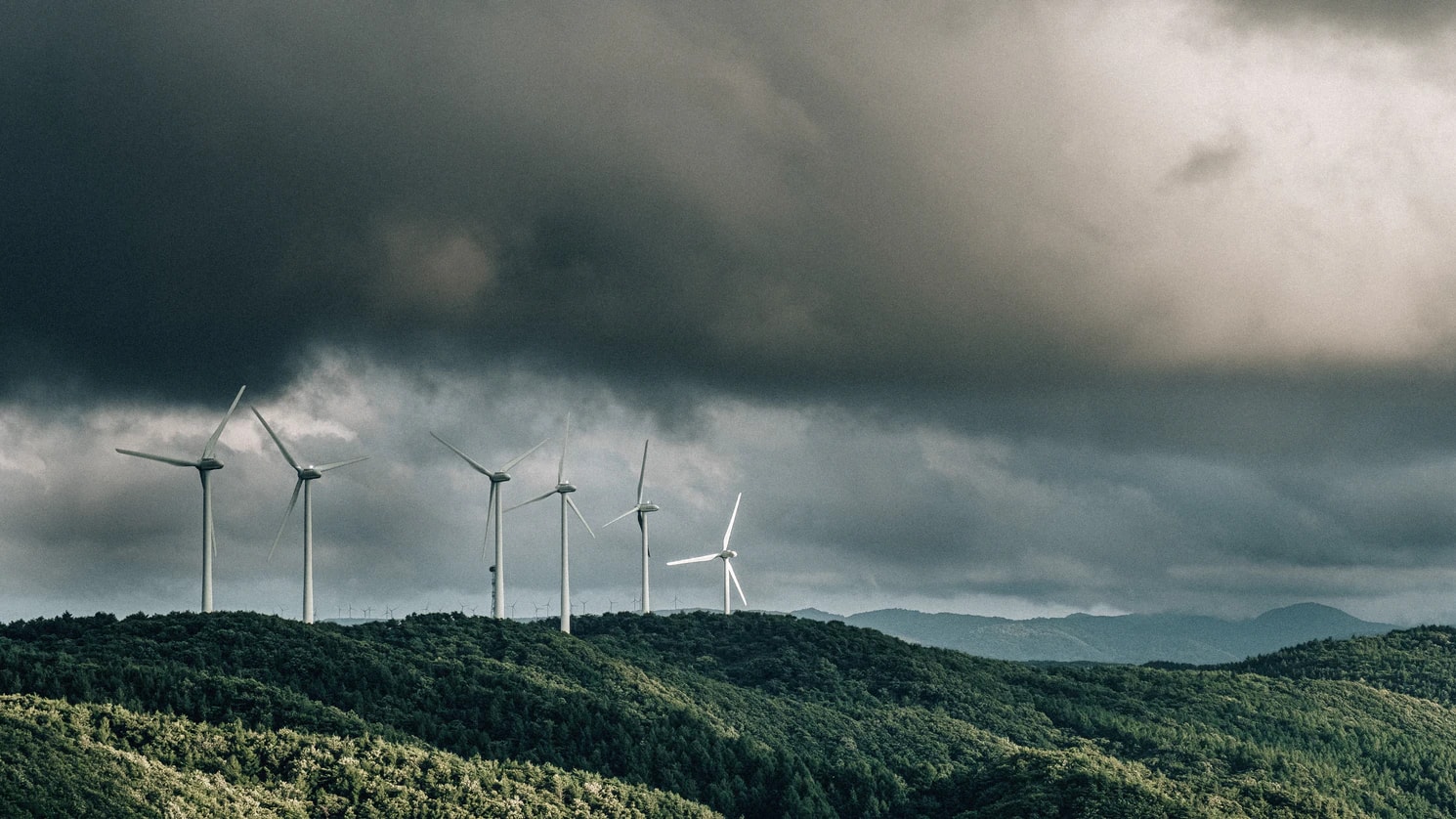 Hosting the world’s largest sporting event is extremely energy-intensive. Venue lightings, sound systems, and screen displays are all part of the electricity bill.

To make the Games greener, the committee has announced that all in-game operations of the Tokyo Olympics will run on renewable energy sources, specifically biomass and solar power.

Notably, the solar power that will be used is sourced from Fukushima Prefecture, which has been expanding its renewable energy industry to regenerate its economy following the Great East Japan Earthquake.

3. The National Stadium contains wood sourced from every prefecture in Japan 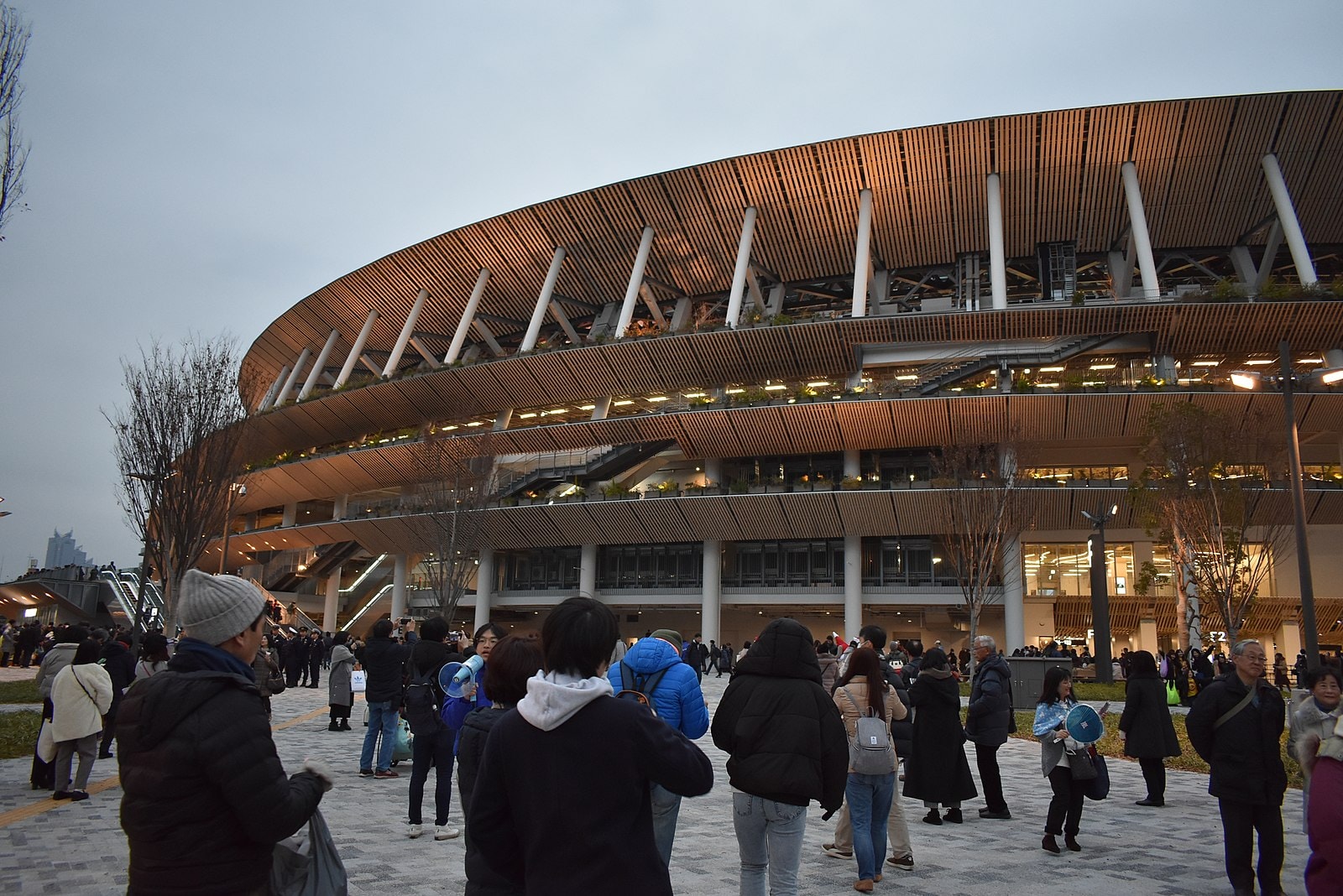 The National Stadium used during the 1964 Tokyo Olympics was built in Meiji Jingu Park, a man-made forest consisting of donated trees from all over Japan. To build the new Olympic Stadium for the 2021 Games, the Games organisers demolished the old venue in 2015. 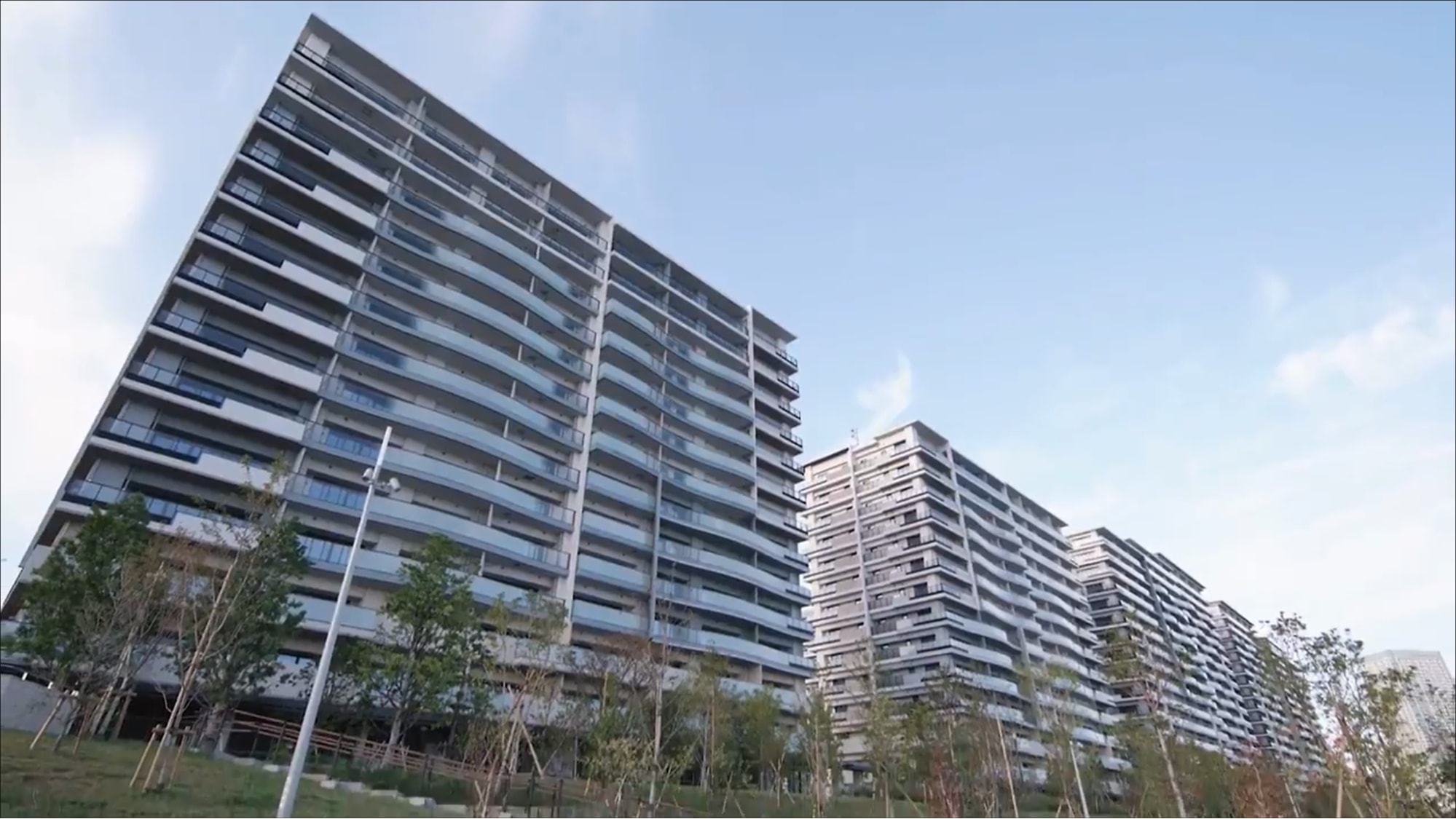 The Olympic Village cost ¥54 billion (~USD491,904,090.00) to build. With 21 buildings in total, the residential complex boasts large dining halls, well-furnished condominium units, and gyms where athletes can work out while waiting for their event.

Notably, there’s also a series of isolation rooms called “Fever Clinic”, dedicated to those with abnormal medical symptoms during the Games.

5. Olympic facilities are built to be earthquake and tsunami proof

Due to its geographical location, Japan has battled with natural disasters such as earthquakes and tsunami for centuries. But this also means that the country is equipped with a wealth of experience to deal with future calamities. 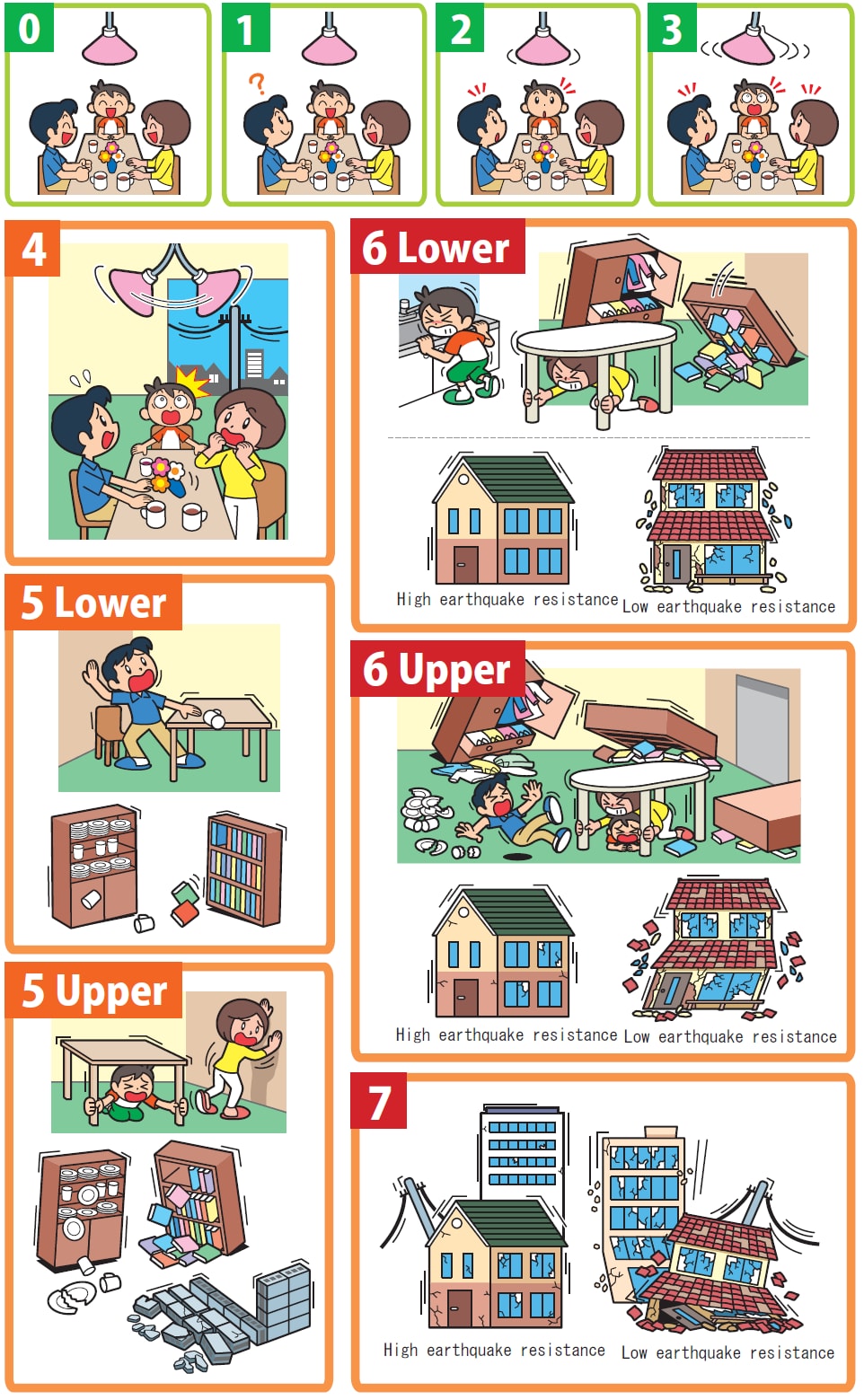 To protect the safety of all visitors during the Games, the committee has ensured that all new Olympic venues are resistant to earthquakes with magnitudes of up to six, based on Japan’s own seismic intensity scale. 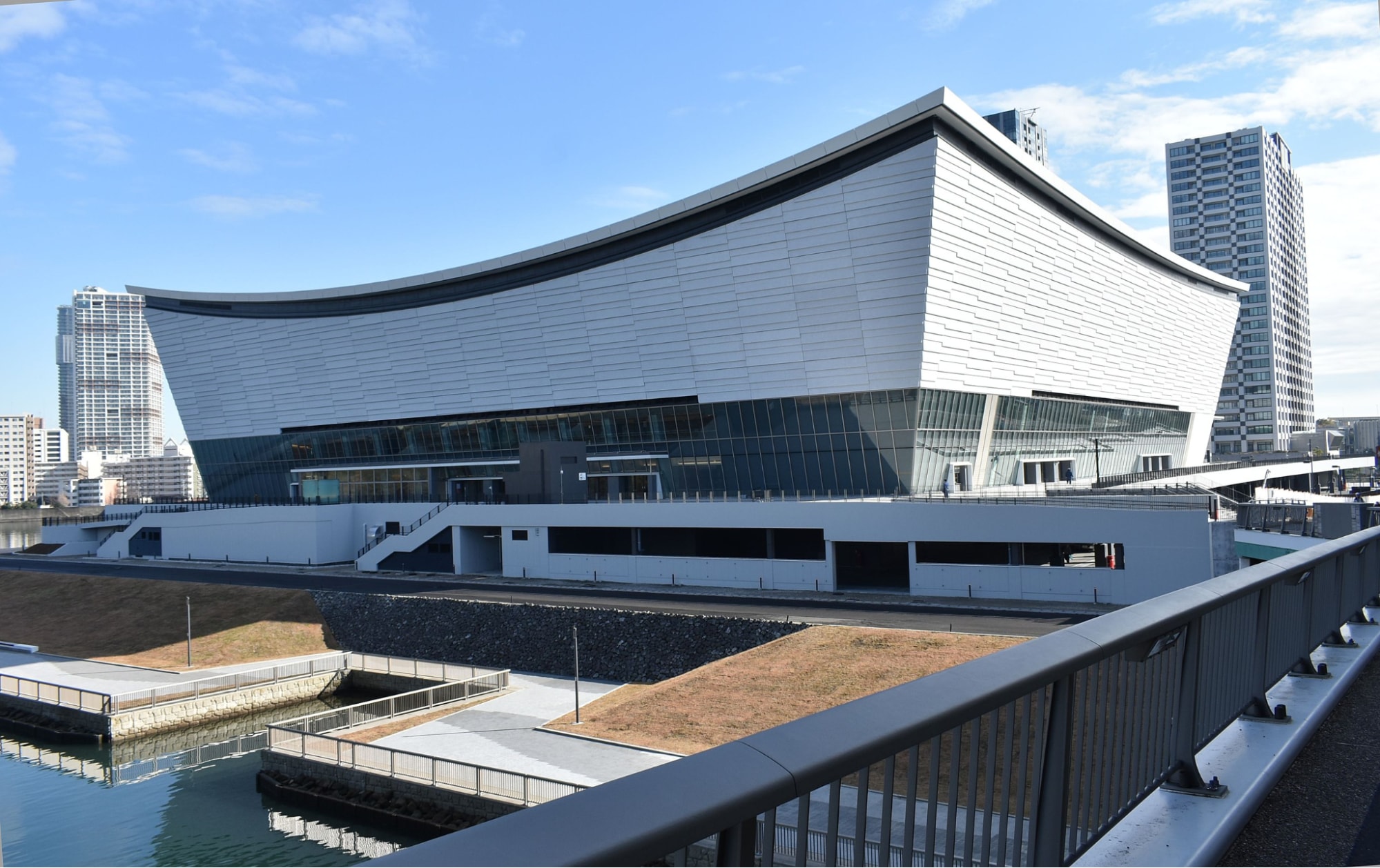 This includes the Ariake Arena, the venue for the volleyball matches and wheelchair basketball games. It is equipped with rubber dampers to reduce the intensity of shaking felt during an earthquake. 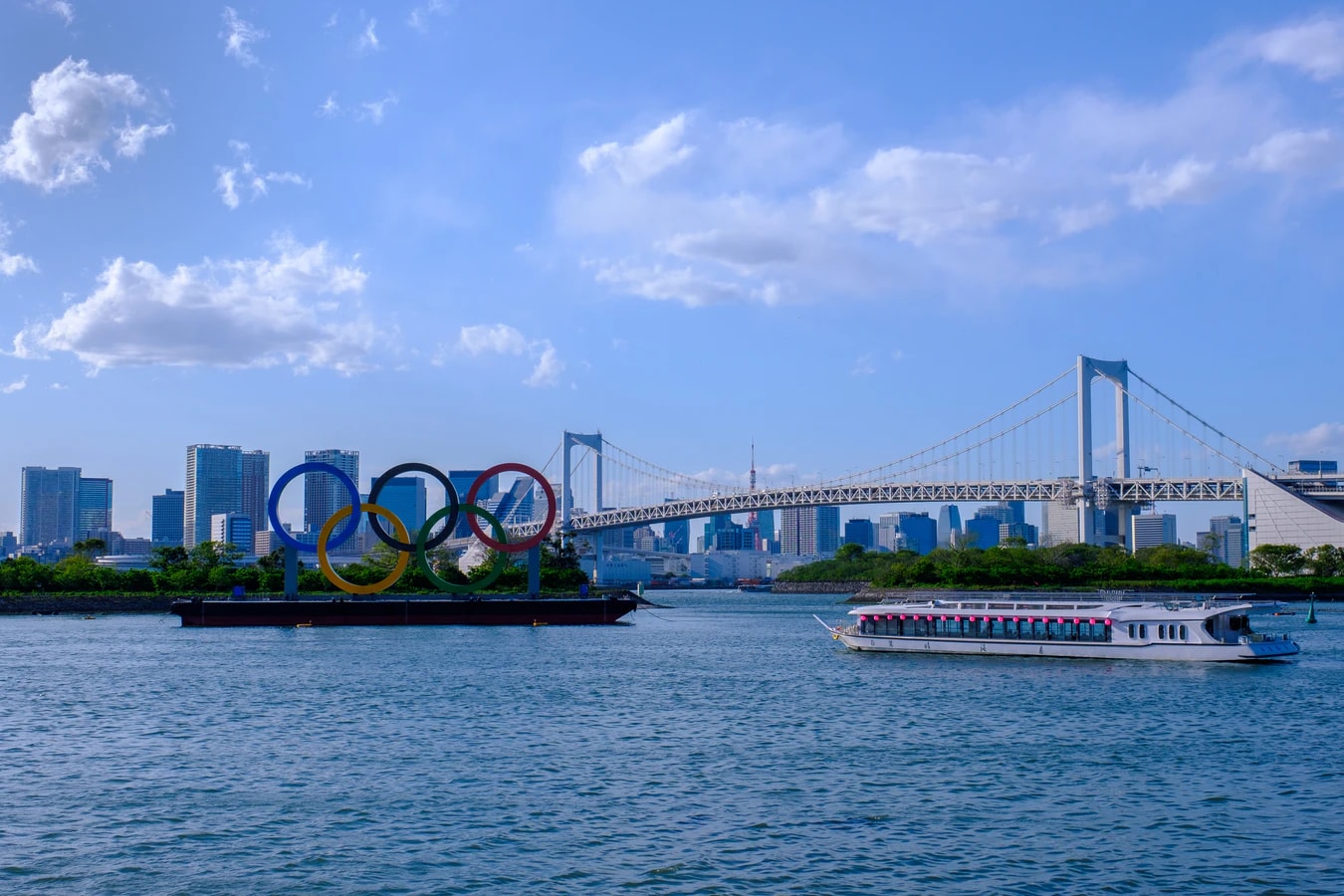 Venues near the coast are also equipped with tsunami defence mechanisms. This includes the Olympic Village, located near the Tokyo Bay in the seaside district of Harumi. The Olympic Village has seawalls that can block off waves of up to two metres high.

6. There’s a 70-page rulebook for the athletes and officials 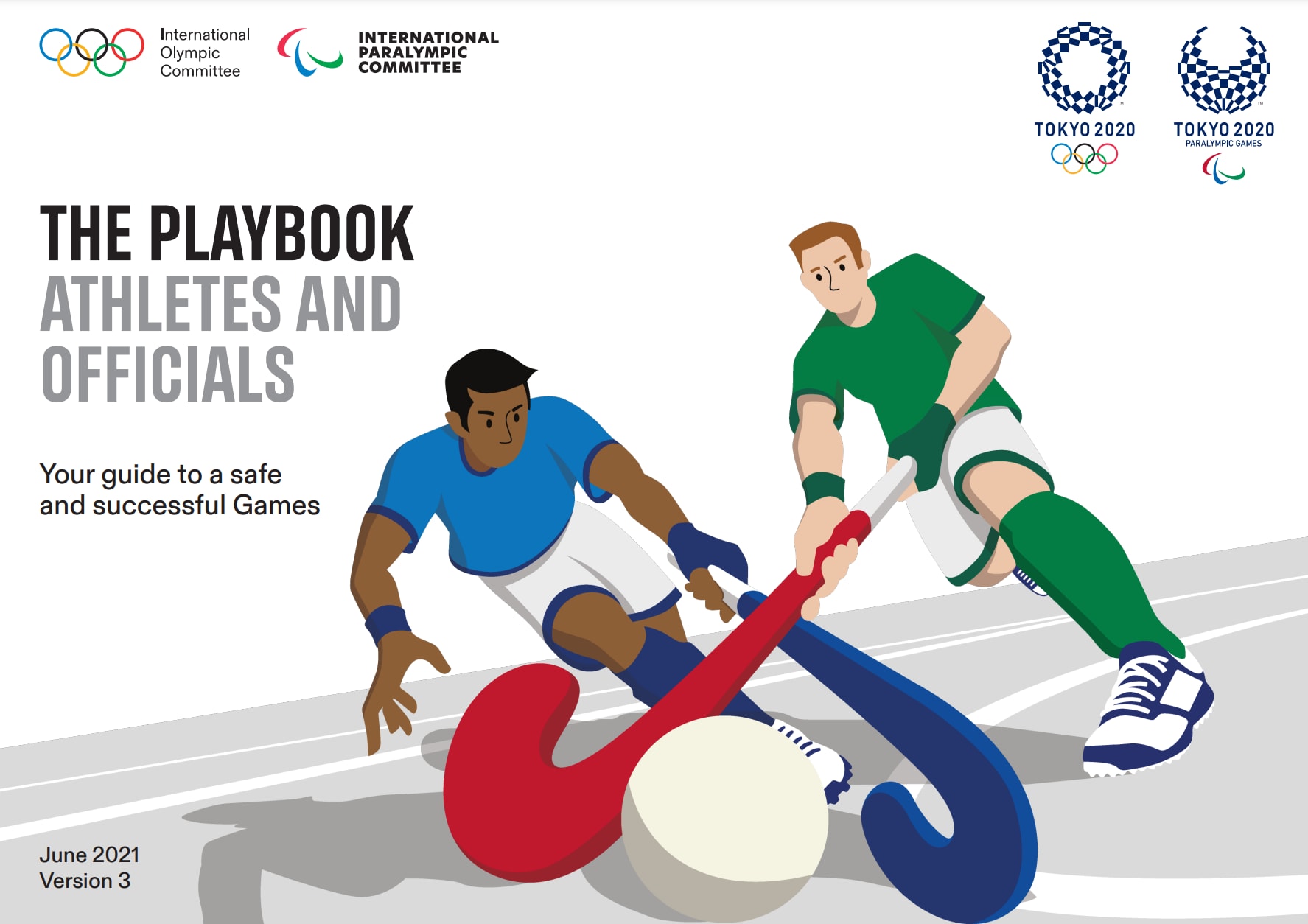 The biggest nemesis of the Games is none other than the pandemic. To combat the virus spread, the committee has released a 70-page rulebook called “The Playbook”. The third edition, which is the finalised version, was released in June 2021.

The document outlines a comprehensive set of rules that athletes and officials must abide by during the duration of the Games, be it in the Olympic Village or the competition venue. Some of the rules include no partying, no sexual activities, and no drinking in groups.

The sheer length of the document reflects the dedication of the committee in organising a safe sporting event. Hopefully, these rules will be strictly enforced during the actual Olympic Games.

7. The Olympic Village bed frames are made from cardboard 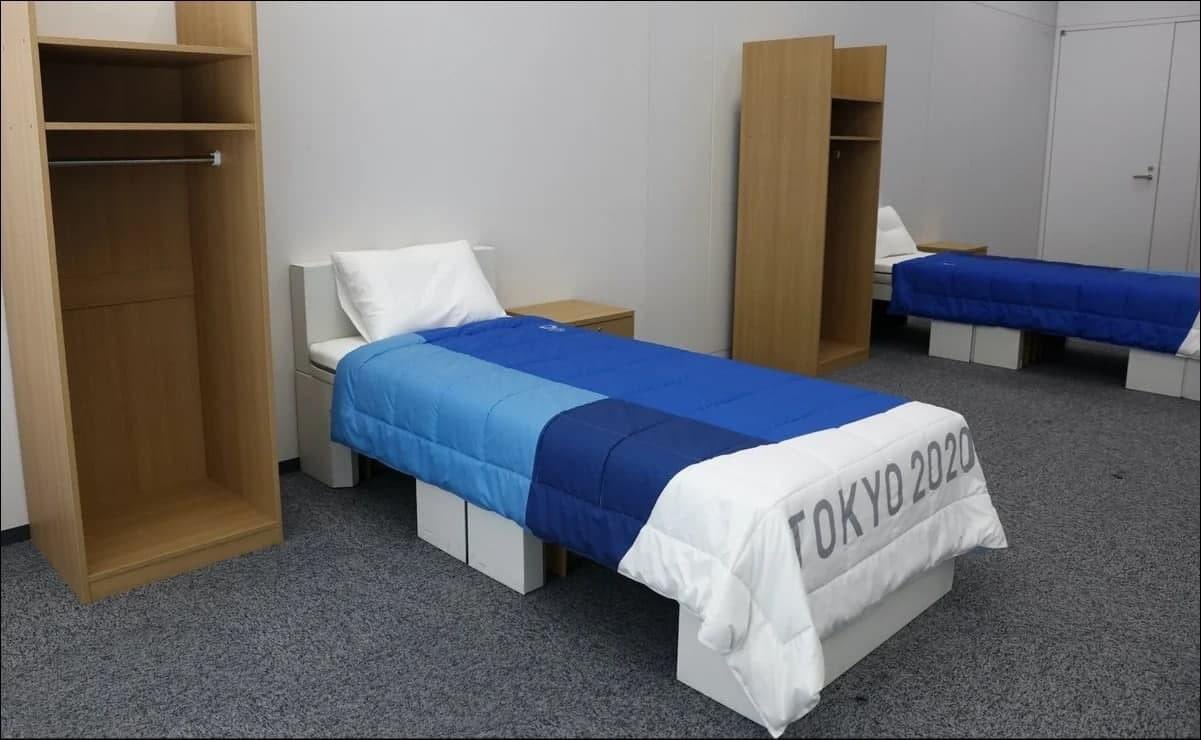 In January 2020, the organisers announced that Japanese firm mattress brand Airweave would be making the beds for the Olympic athletes. The 18,000 beds are made from recycled cardboard, in line with the theme of sustainability. But more than just promoting sustainability, the beds were allegedly built to be “anti-sex”. According to Paul Chelimo, the silver medalist for the 5000m event during the 2016 Rio Olympics, the cardboard bed frames can only “withstand the weight of a single person”, so that any other forms of “exercise” happening in the Olympic Village can be avoided.

However, this claim has since been debunked. Rhys McClenaghan, an Irish gymnast, took to Twitter to post a video of himself jumping on his cardboard bed.

8. The Olympics YouTube channel has VR videos and math questions

Hosting the Olympics doesn’t just entail ensuring that all logistics are in place during the Games. An engaging social media campaign is equally crucial in generating excitement and viewership for the Games. This is all the more so for the 2021 Games, which was postponed for a year. During this buffer time, it’s easy to lose the crowd’s interest.

To retain global attention, the official Tokyo Olympics YouTube channel has been releasing interesting content that deviates from the typical interviews and athletes’ features. 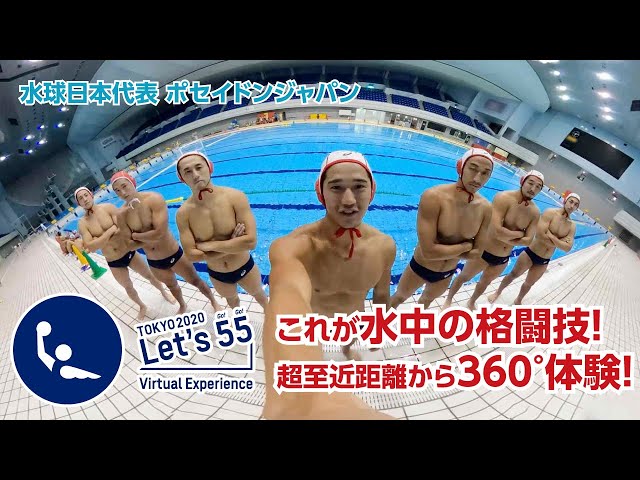 The series features virtual reality (VR) videos that offer a first person perspective of different sports, such as surfing and archery. Through the videos, you can get a taste of what it’s like to be playing the sport yourself. The videos are available for free on YouTube, so do check them out. 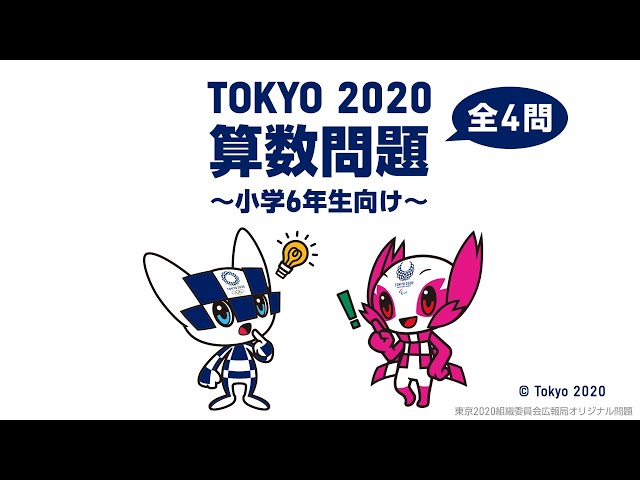 On the YouTube channel, you’ll also find math questions inspired by the Olympics. They’re targeted at sixth graders in Japan.

9. Elementary school students had the final say in the Olympic mascots

Deciding on the Games mascots is never an easy affair. Besides judging their aesthetics, one also needs to consider how well the mascots capture the Games’ intangible spirit and the host country’s culture.

Amongst the over 2,000 designs submitted for the Games mascot, the committee shortlisted three designs. Each design consists of two different mascots – one for the Olympics and the other for the Paralympics. 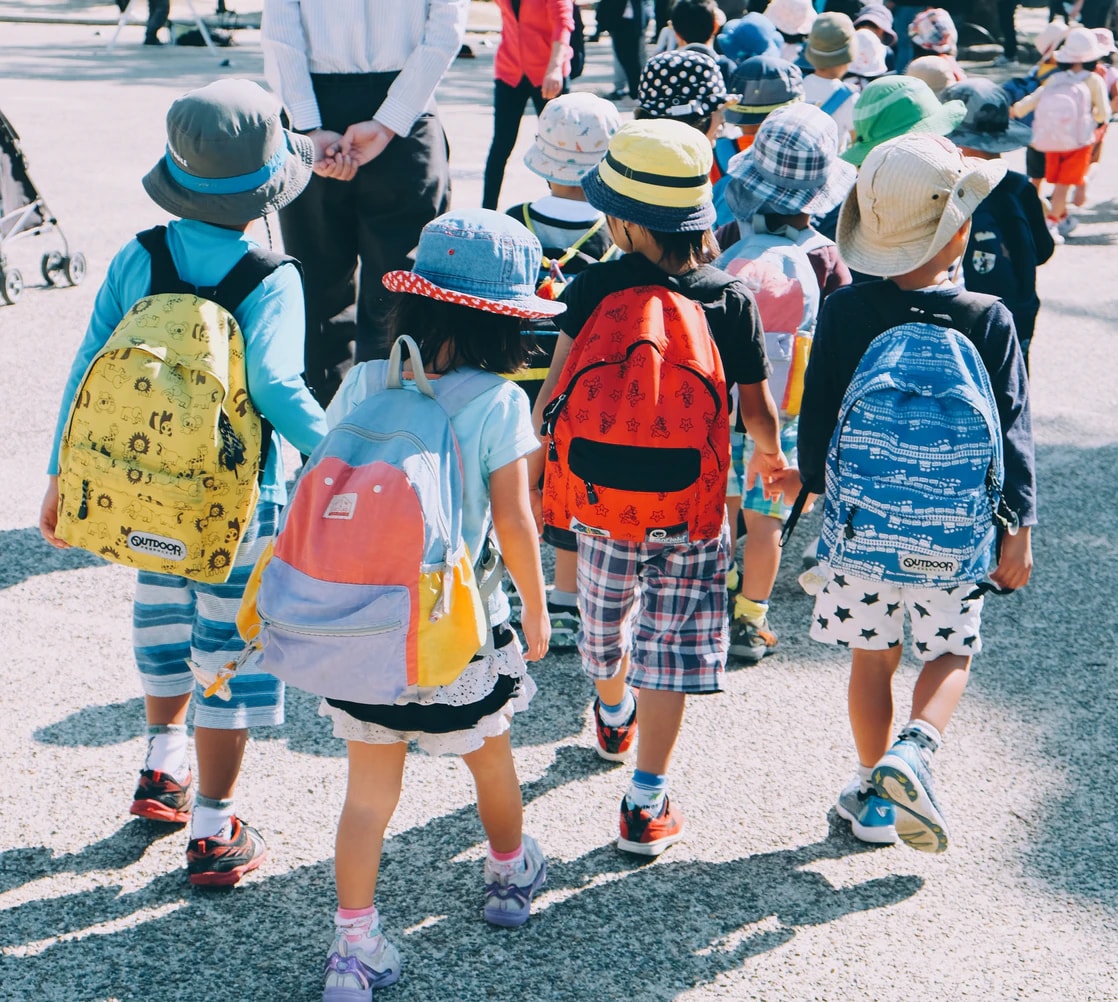 Then, the committee opened up a public poll. The catch is that only elementary school students could participate in it.

From 11th December 2017 to 22nd February 2018, 16,769 elementary schools – including special needs schools – in Japan conducted a round of voting. Every class had to come to a consensus and cast one collective vote for their desired pair of mascots. 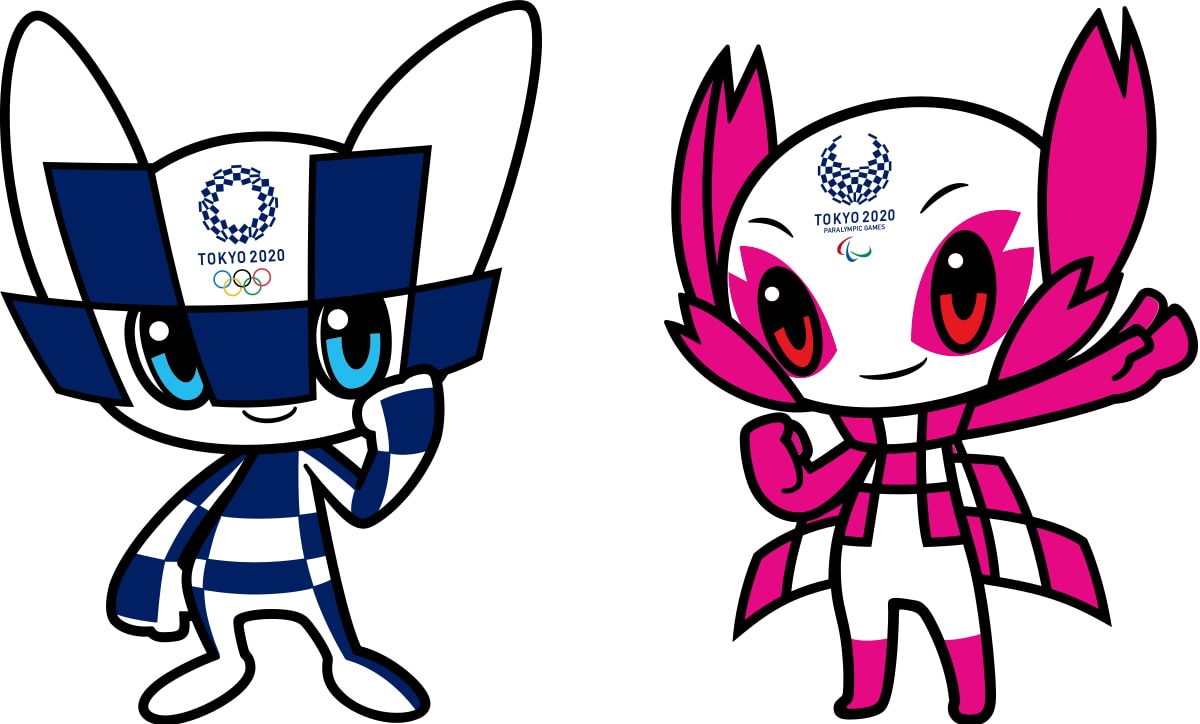 In the end, Miraitowa and Someity were chosen as the mascots.

10. Volunteer costumes were inspired by the kimono 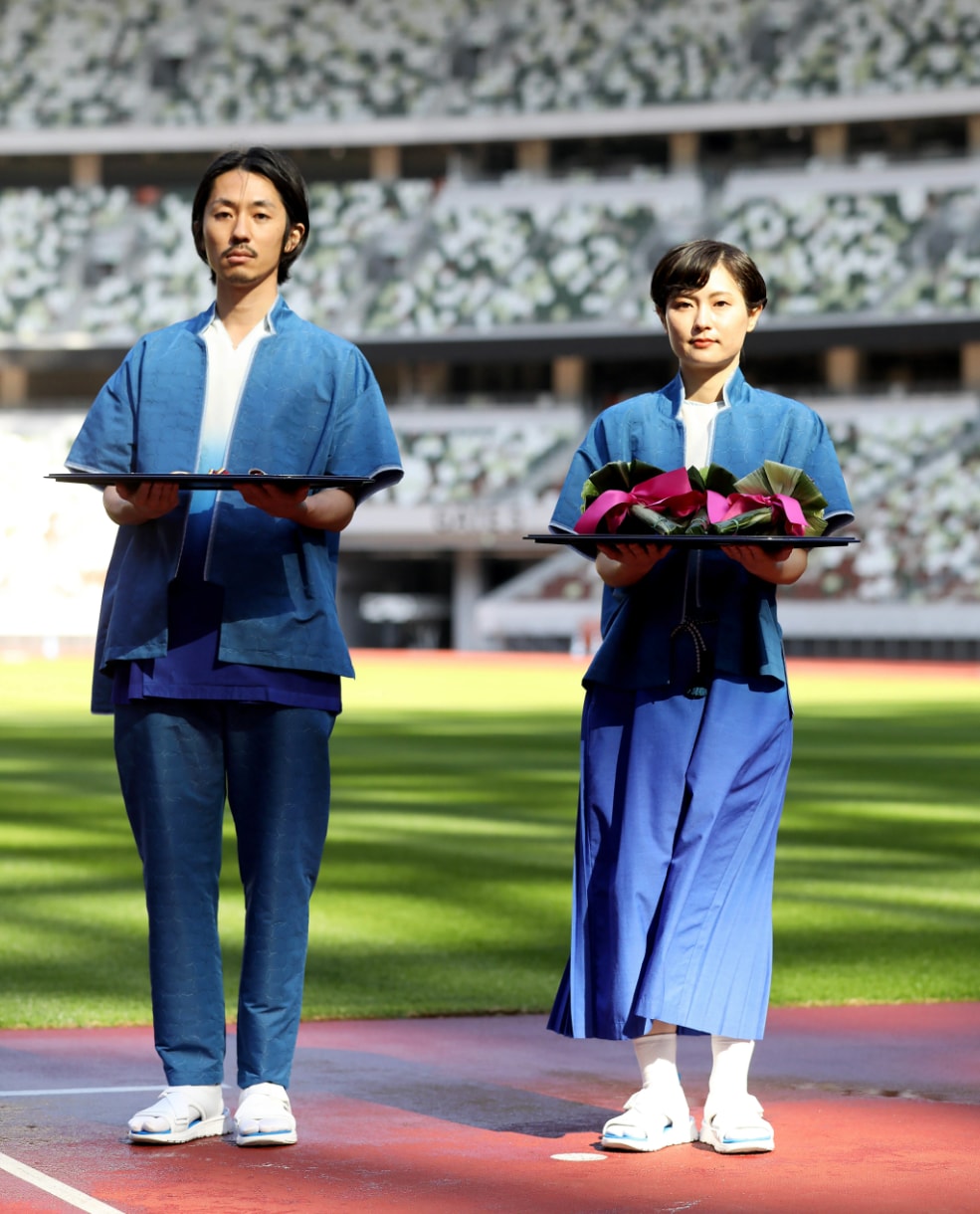 Yamaguchi Sodai is the designer behind the uniforms that will be worn by volunteers during formal ceremonies, such as during prize-giving. He took inspiration from the 1964 Games, when the volunteers wore actual kimonos, put a modern spin on the traditional dress, and came up with the sleek blue end result.

11. The Olympic torch was kept aflame for a year before the actual relay began in Japan 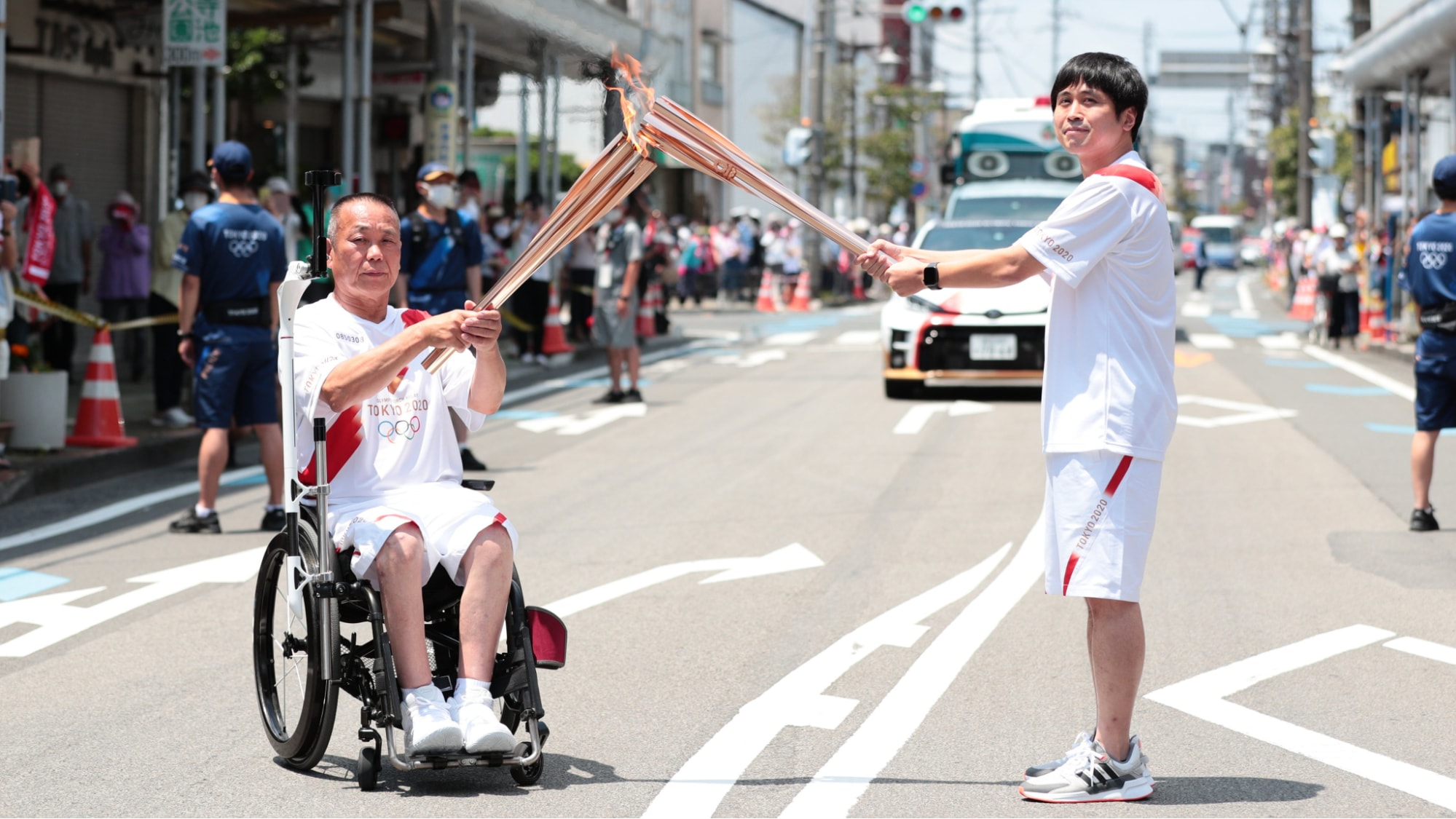 The Olympic torch was lit in Ancient Olympia, Greece, on 12th March 2020. The torch arrived in Japan eight days later, but the relay had to be halted following the official postponement of the Olympics. 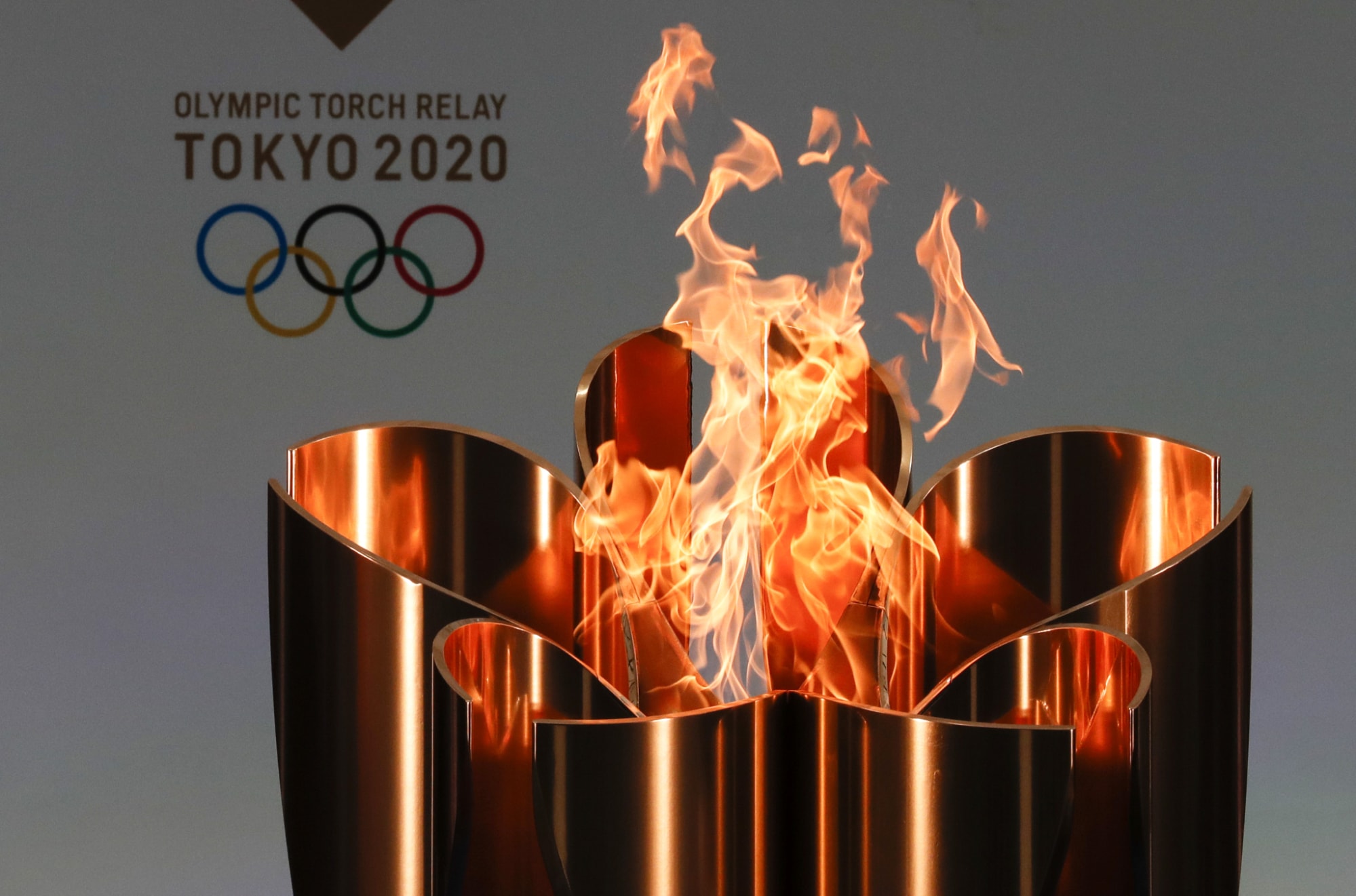 However, in order to symbolically keep the Olympic dream alive, the Committee chose not to extinguish the torch. As such, the torch was kept aflame for an entire year before the official torch relay began on 25th March 2021 in Fukushima Prefecture. 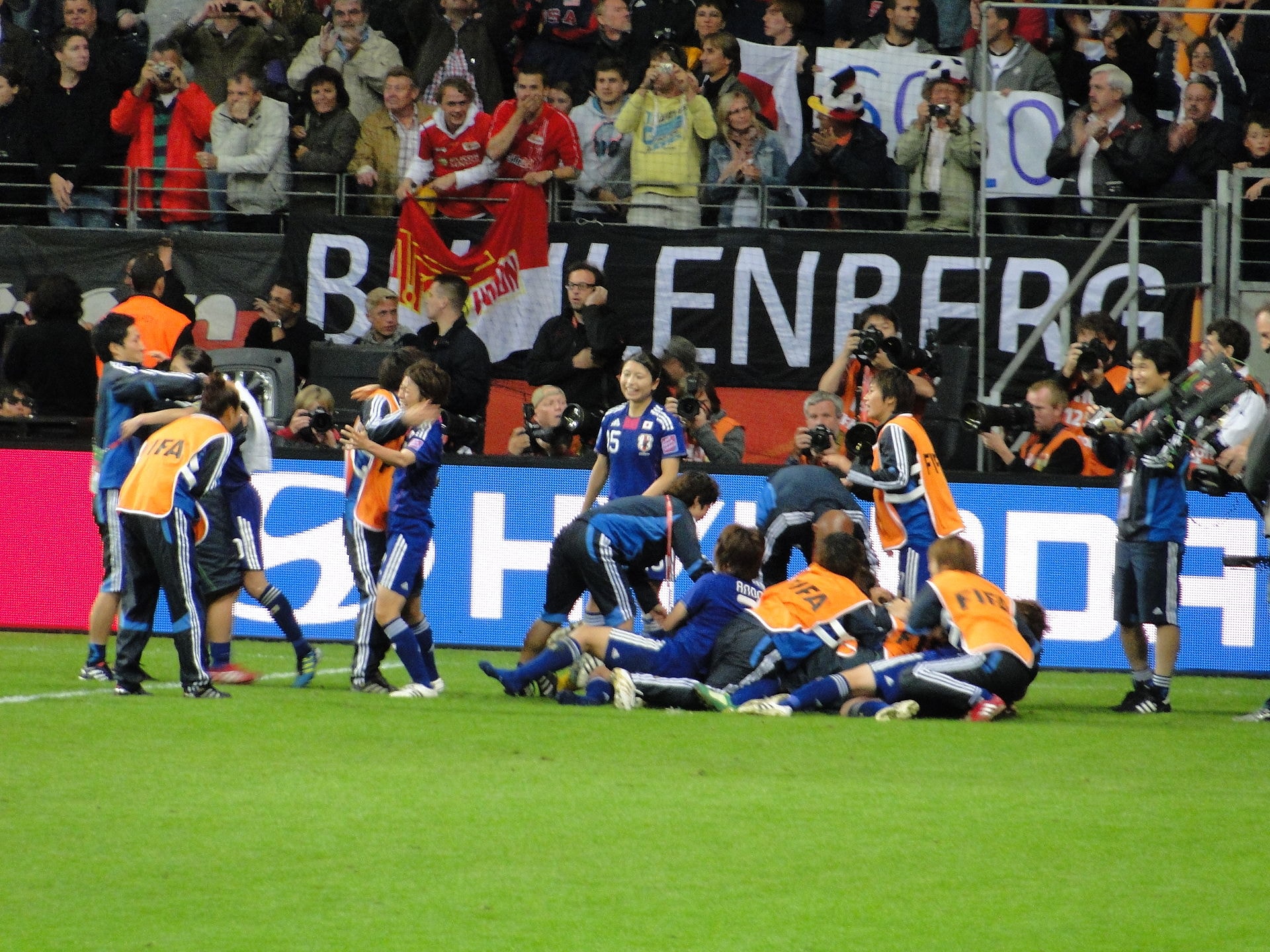 The first few torchbearers were the players from the Japanese women’s football team that won the FIFA World Cup back in 2011. Their victory brought much-needed hope to the despairing atmosphere in Japan following the 2011 Tohoku earthquake. This time, they once again brought hope to the nation amidst Covid-19 by starting the torch relay.

Now that you know what it takes to build a memorable Games, do tune in this Summer to support both the athletes and organisers for this tough venture. 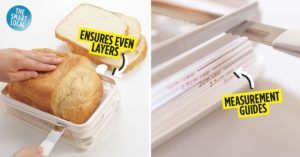 Japanese Bread Slicer Cuts Out Your Worries About Unevenness, Is The Best Thing Since Sliced Bread
Tokyo Olympics Plagued By Covid-19 & Mismanagement, Enthusiasm For The Games Remains Low 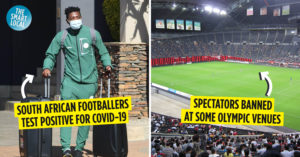