Sniffing out long-standing restaurants is always a treat, as these established shops guarantee a taste of authentic food and history. In the heart of Ginza, Tokyo’s opulent shopping district stands Ginza Kimuraya, the oldest bakery in the country known to have birthed the iconic anpan.

Famed for being the birthplace of anpan 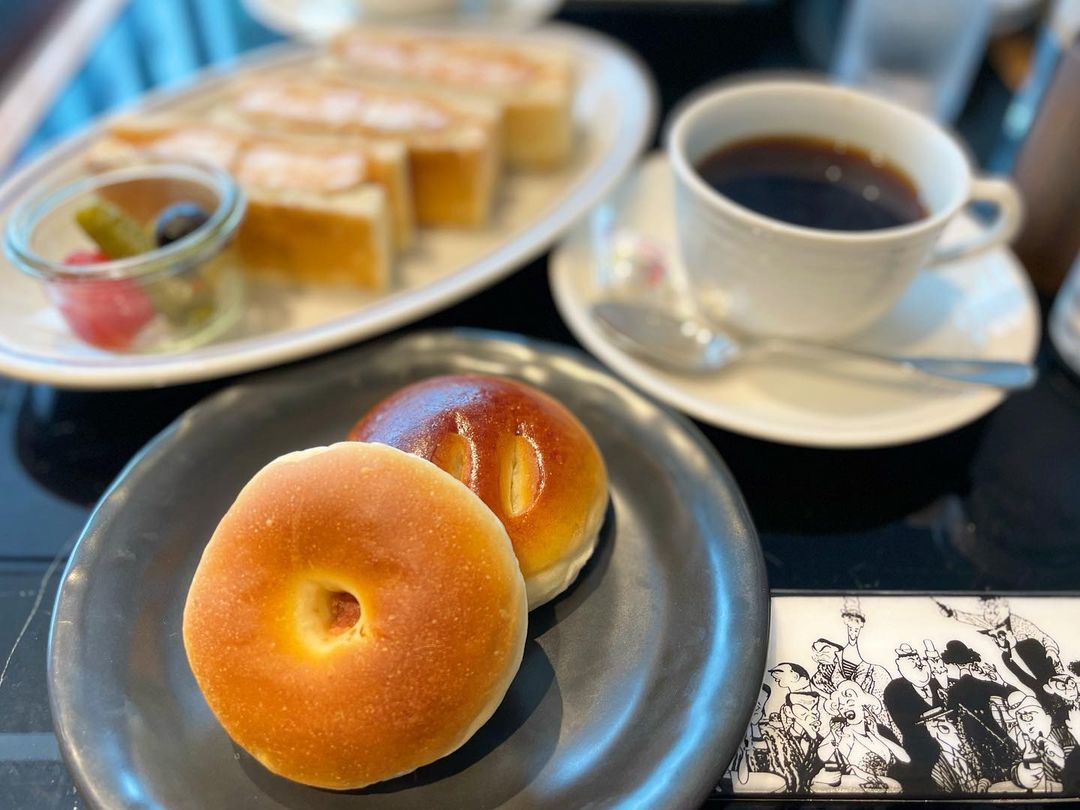 Established in 1874, Ginza Kimuraya is said to be the oldest bakery in Japan. It is here where anpan, a traditional soft Japanese bread roll filled with red bean paste, was first invented. Back then, bread was typically dense and tough – a far cry from the fluffy varieties found in Japan today. In a bid to create bread suited for the Japanese palate, Ginza Kimuraya developed sakedane (酒種), a rice starter that’s made from rice, kōji (麹; malted rice), and water.

Just like sourdough starter, sakedane is a natural leavening agent that facilitates fermentation in the dough. It also imparts a unique aroma and flavour which cannot be achieved using traditional yeast. 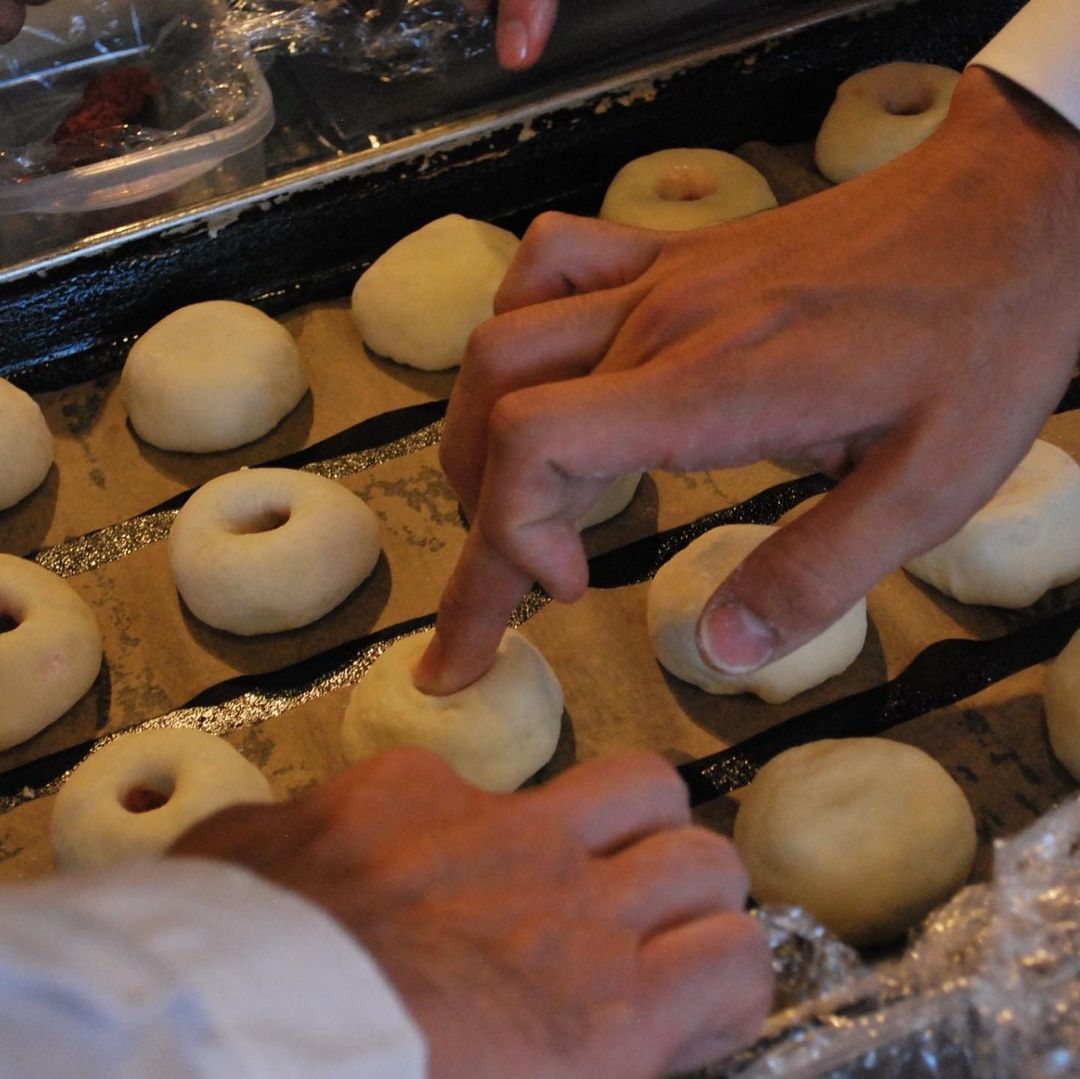 The fermented dough is then filled with sweet red bean filling made using azuki beans sourced from Hokkaido, and finally adorned with a piece of salt pickled sakura. With that, their signature Sakura Anpan was born.

Once enjoyed by Emperor Meiji The bread purveyor’s ingenious invention became popular quickly and was all the rage. In fact, the bread was even presented to Emperor Meiji, the reigning monarch at the time. It’s said that the royalty enjoyed the sweet treat so much that he requested Ginza Kimuraya to continue sending Sakura Anpan his way. 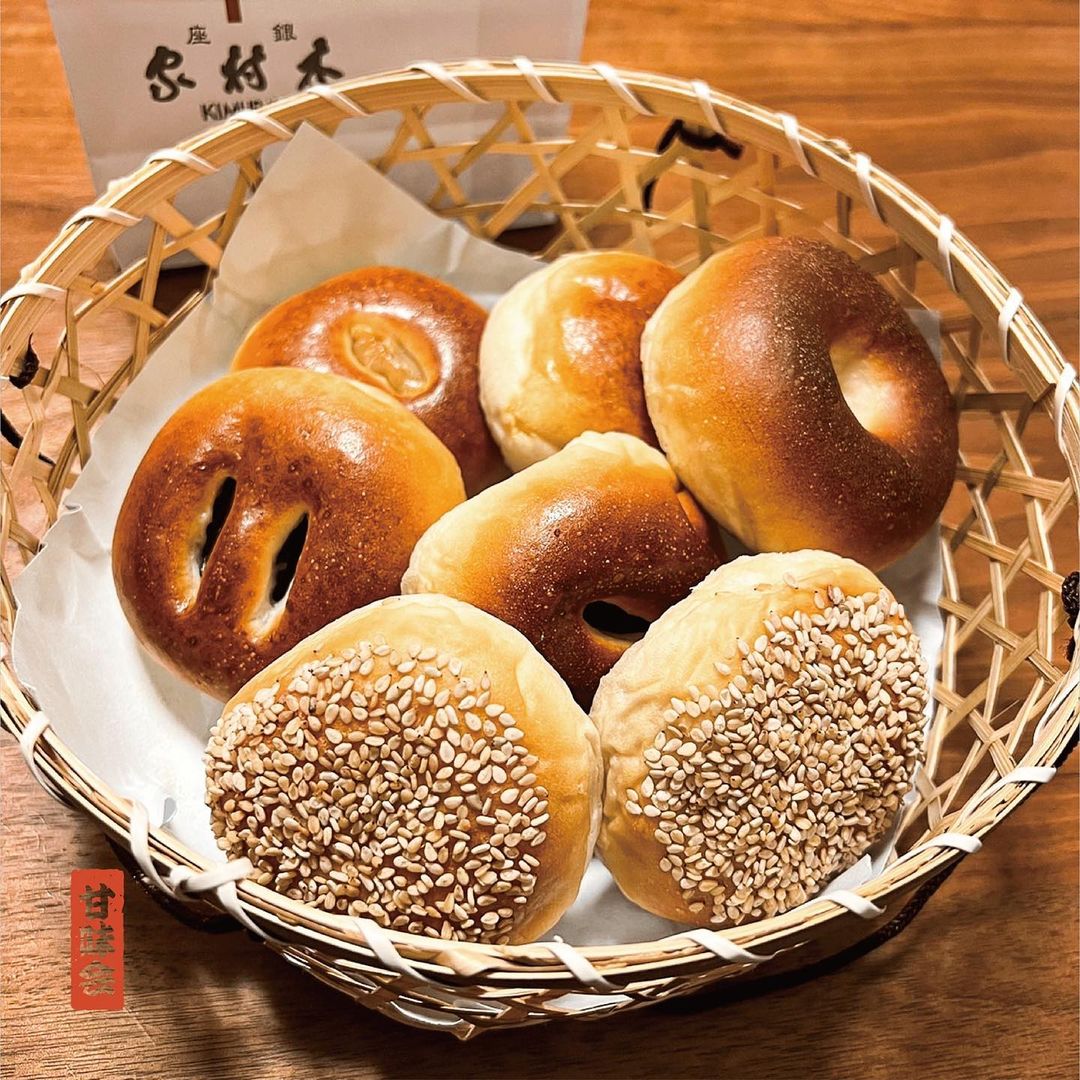 Today, the bread continues to be baked freshly daily at Ginza Kimuraya, recipe unchanged. You can get them at ¥170 (~USD1.18) per bun. 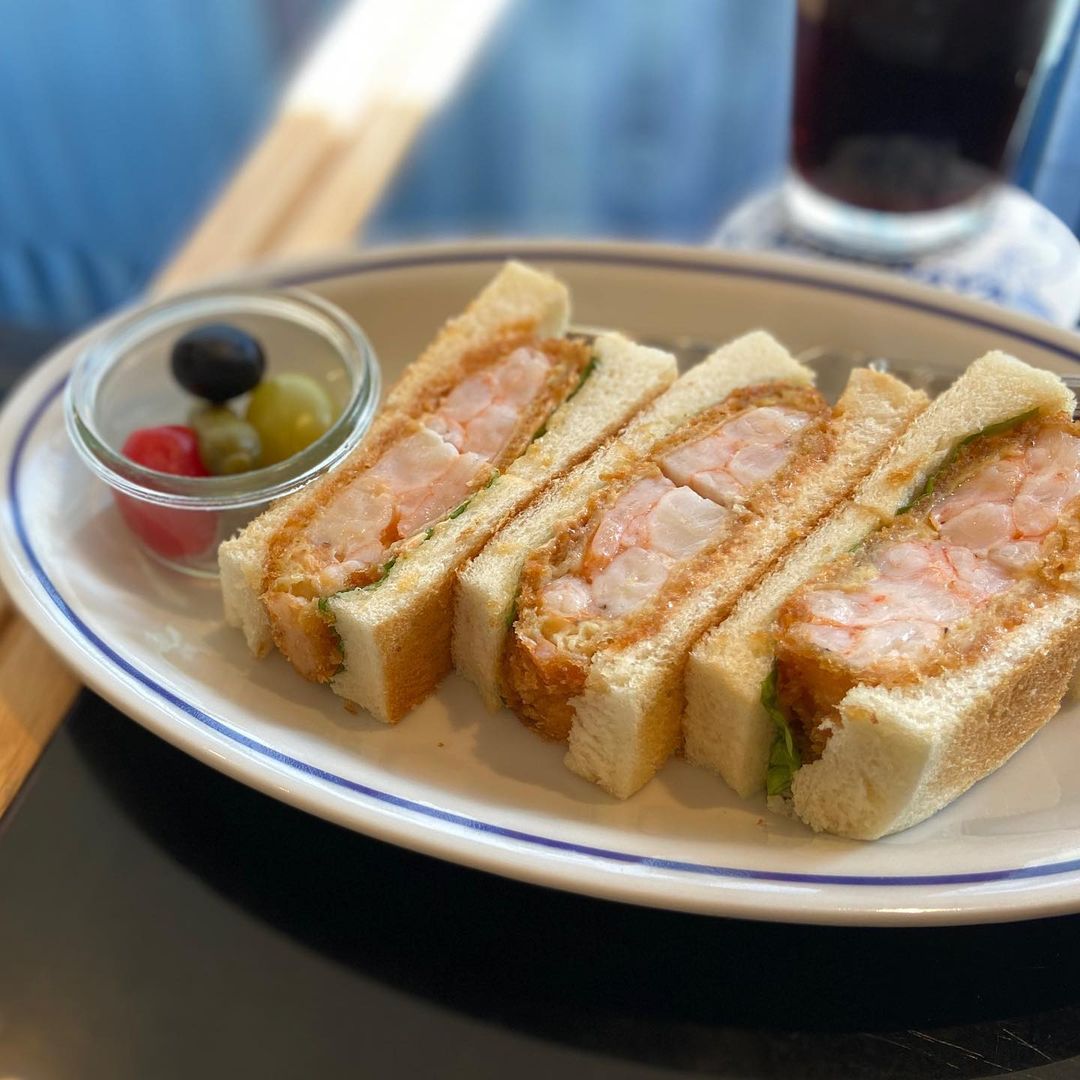 Occupying the first floor of a multi-storey building, the bakery sells over 130 types of freshly baked bread daily, including variations of sakedane anpan that’s stuffed with a myriad of fillings (¥170- ¥220,~USD1.18- USD1.53).

On the second floor of the same building, there’s a cafe where customers can bring their purchased bread to enjoy. Finger foods such as shrimp cutlet sandwich (¥1,280,~USD8.88) and beef fillet sandwich (¥1,850,~USD12.84) are also available for dine-in here. For a sweet treat, opt for the Red Bean Pie (¥1,050,~USD7.29), which comes with a generous dollop of freshly whipped cream and a drink on the side. 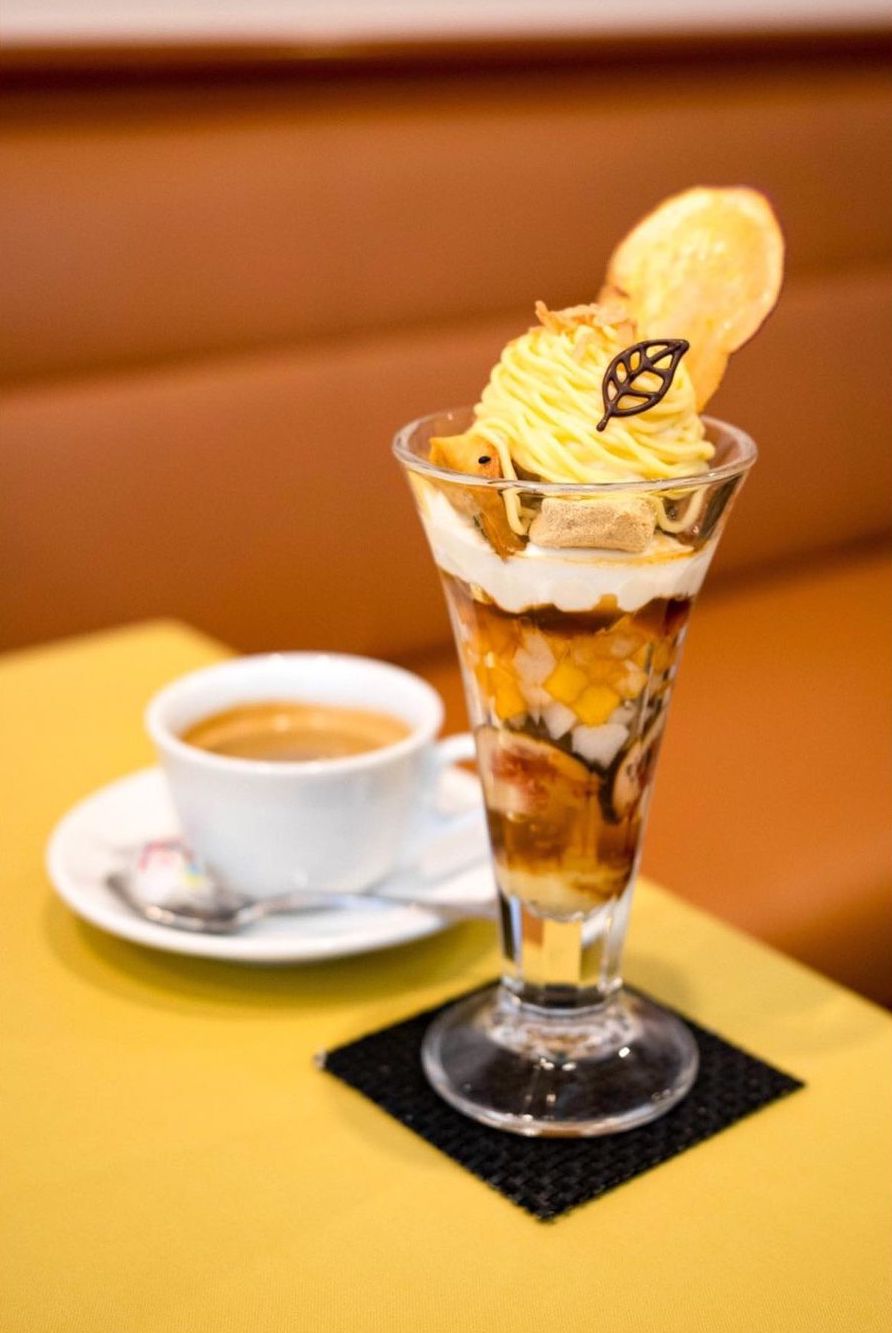 If you don’t mind splurging a bit more, the French bistro on the fourth floor serves lunch courses priced from ¥5,000 (~USD34.70) onwards, and provides a sweet view of the Ginza district.

Getting to Ginza Kimuraya 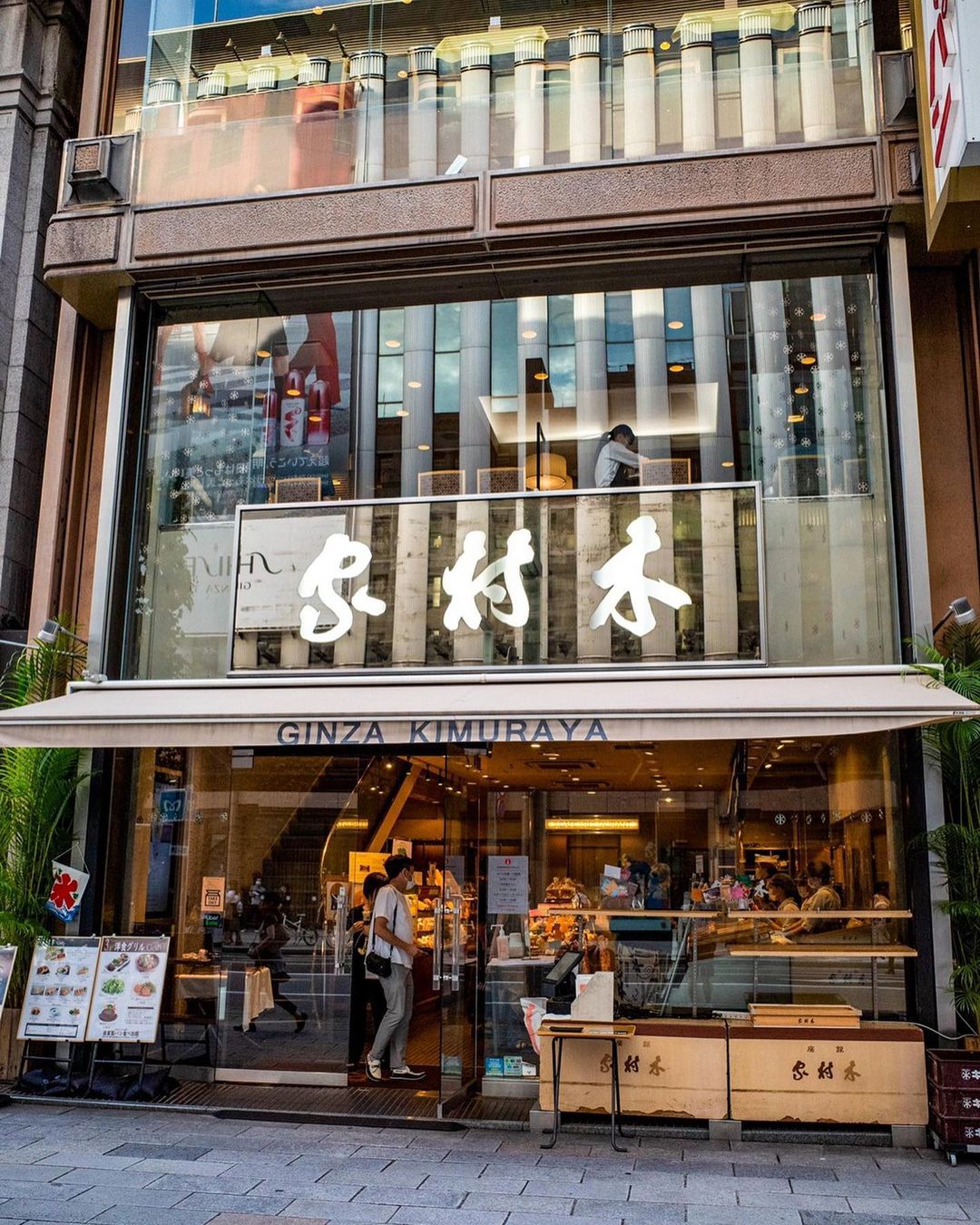 Ginza Kimuraya is just a 1-minute walk from Ginza Station, which is served by the Ginza Line, Marunouchi Line, and Hibiya Line. Look out for the Wako Clock Tower, an iconic landmark of the shopping district. The bakery is situated beside it. 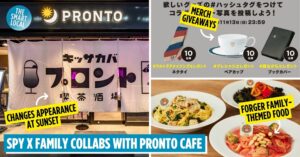 Pronto Cafe: Caters To All Palates & Pop-up Menu Items Inspired By Anime Spy x Family Till 13th Nov
10 Japanese Phrases You Shouldn’t Use On A Superior & What To Say Instead, To... 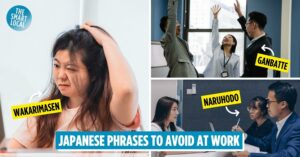