For diners with dismal Japanese skills, the realistic plastic food models displayed outside restaurants are a lifesaver. Not only can you just point and order with simple gestures, but these models also give you a good idea of what the dish would look like. 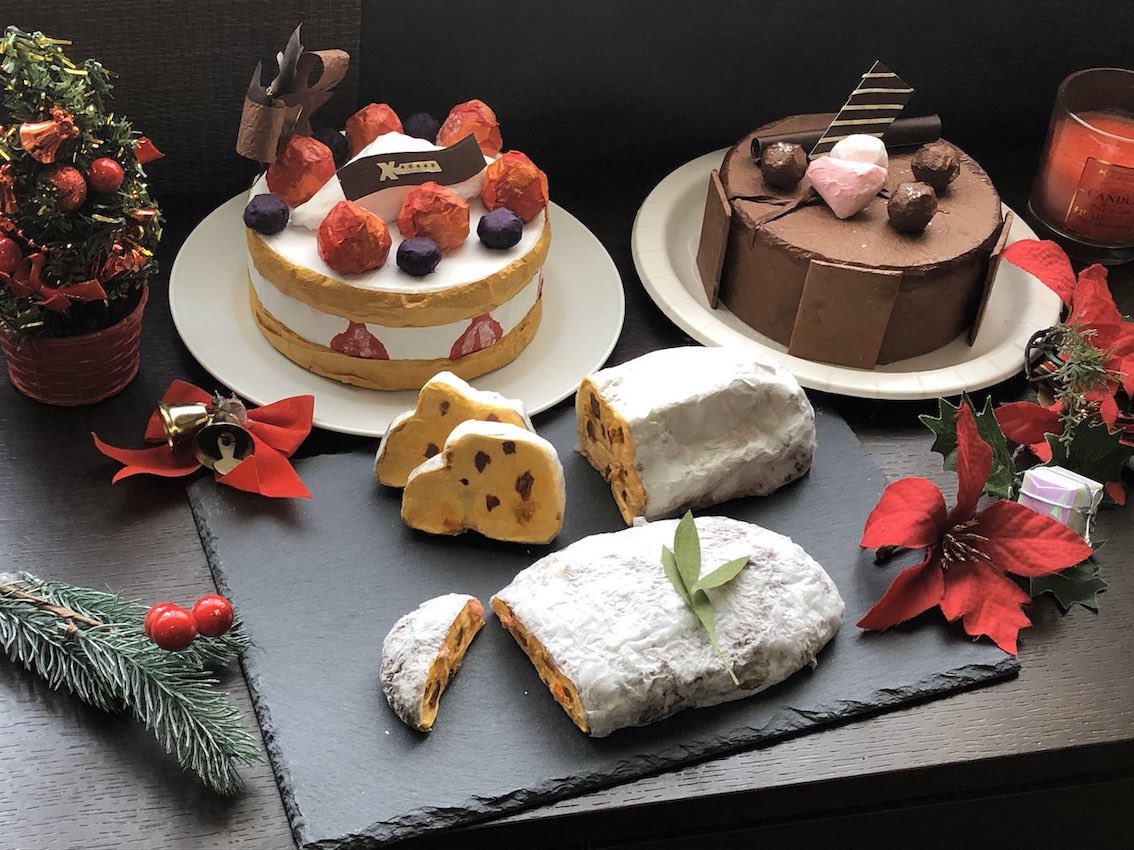 Kazuhiko Nishitaki, a 74-year-old grandpa from Osaka, started making papercraft food models as a hobby in 2016. According to Asahi Shimbun, it started when he pranked his wife with a pie snack made entirely of paper. After seeing how easily the paper pie snack tricked his wife, he started making them more often and realised he was pretty good at it. 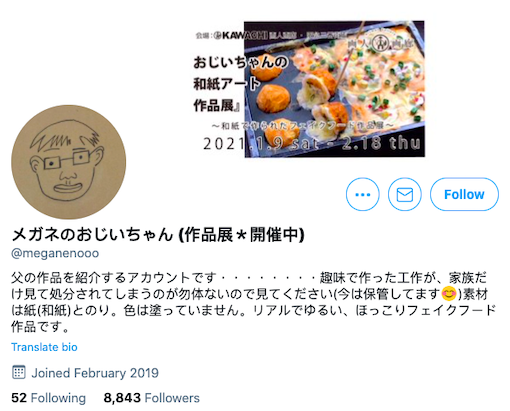 In February 2019, Kazuhiko’s son, Naoto Nishitaki, started a Twitter account under the handle @meganenooo, which translates to “grandpa in glasses”.

Naoto started the Twitter account because he wanted to document the items that his father made and share it with others. He felt that it was a shame to throw it away after all the effort that went into making it. 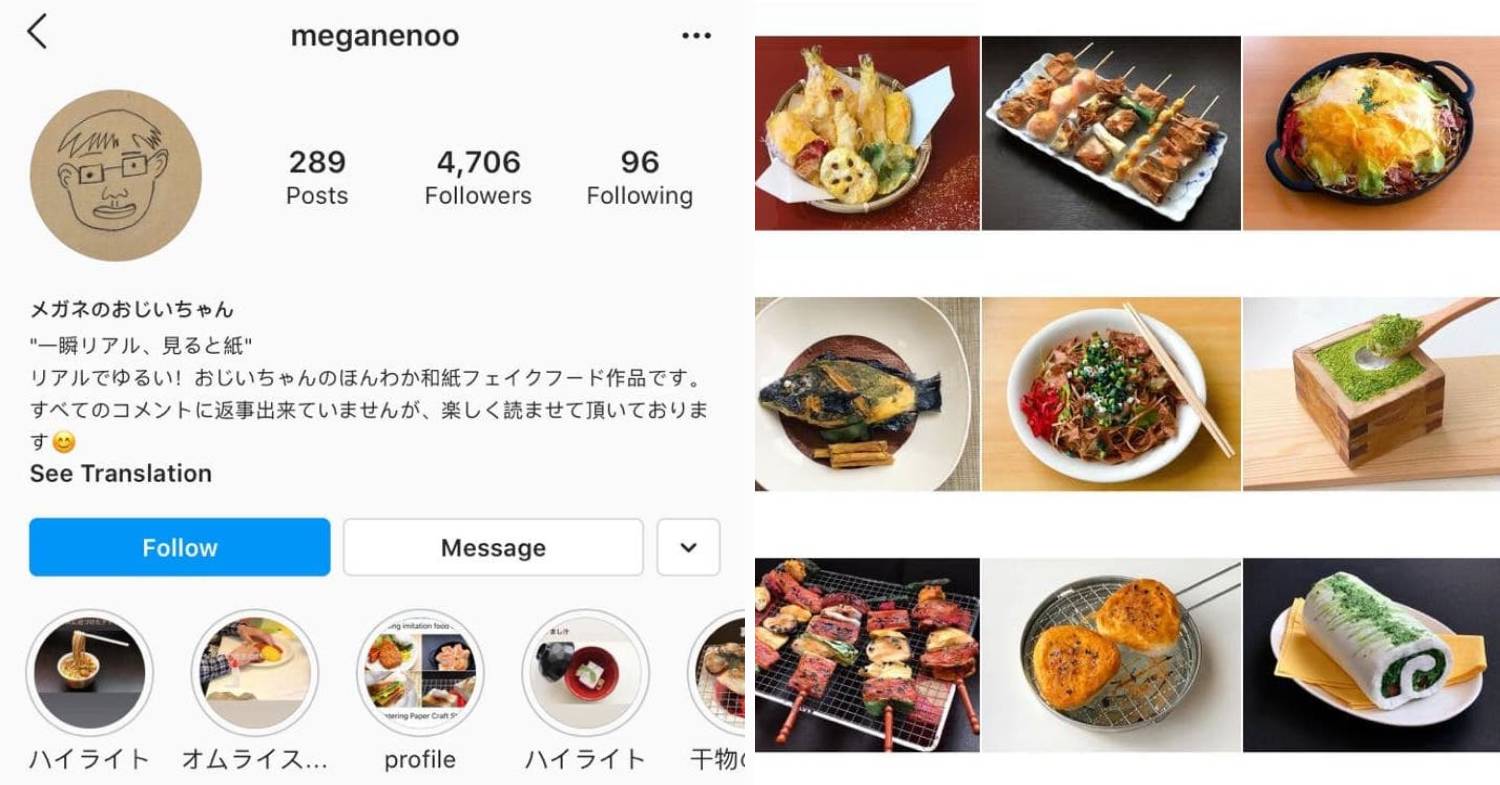 The father and son duo also have an Instagram account, which they use to share images of Kazuhiko’s latest works. In an interview with Nippon, Naoto mentions that his father has started using social media to see how his works are received.

How the papercraft food models are made 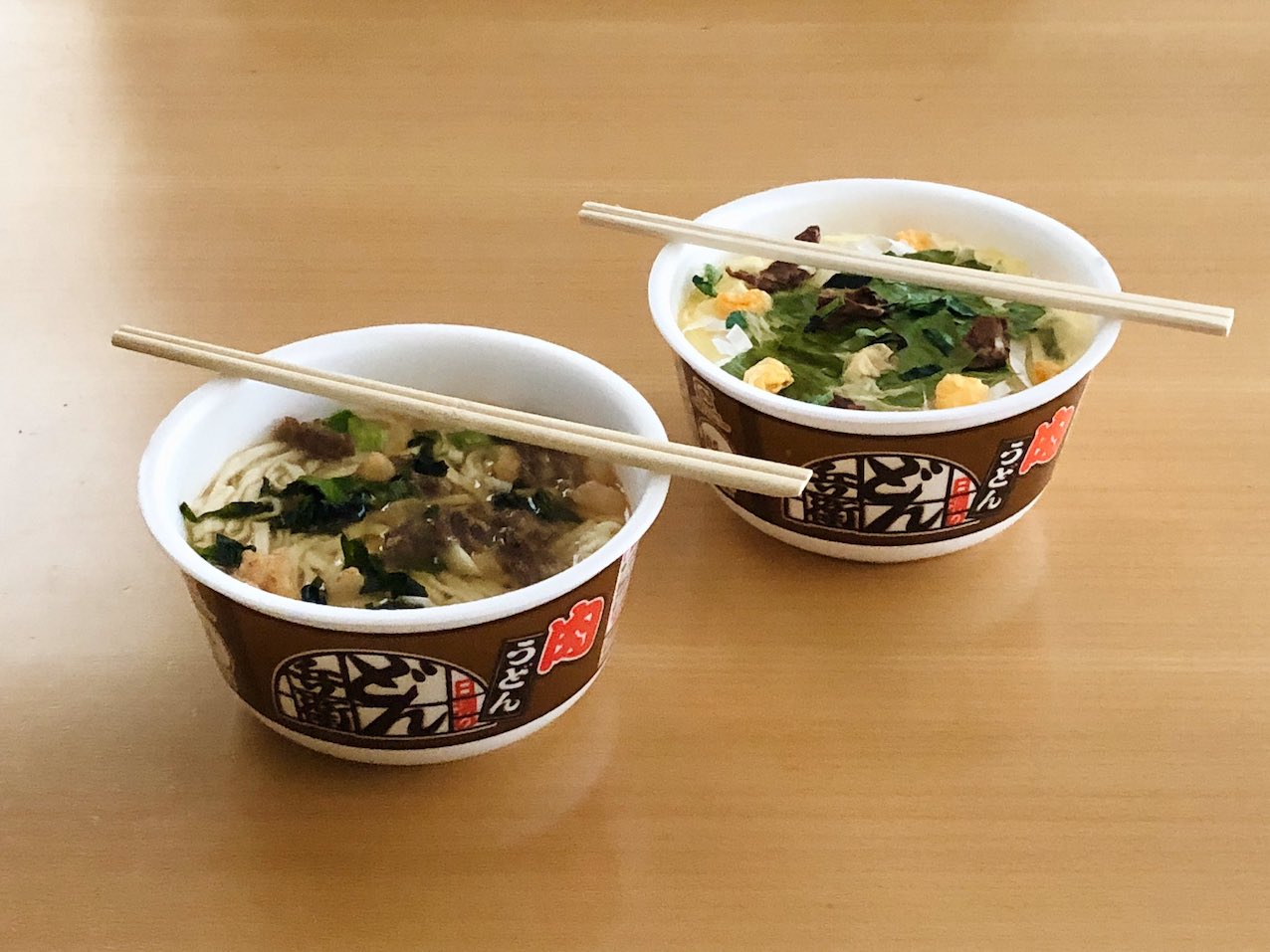 Before Kazuhiko starts making an item, he usually purchases the actual item and examines it closely to decide the colours he needs. Only after deciding what colours to use, does he start the making process. 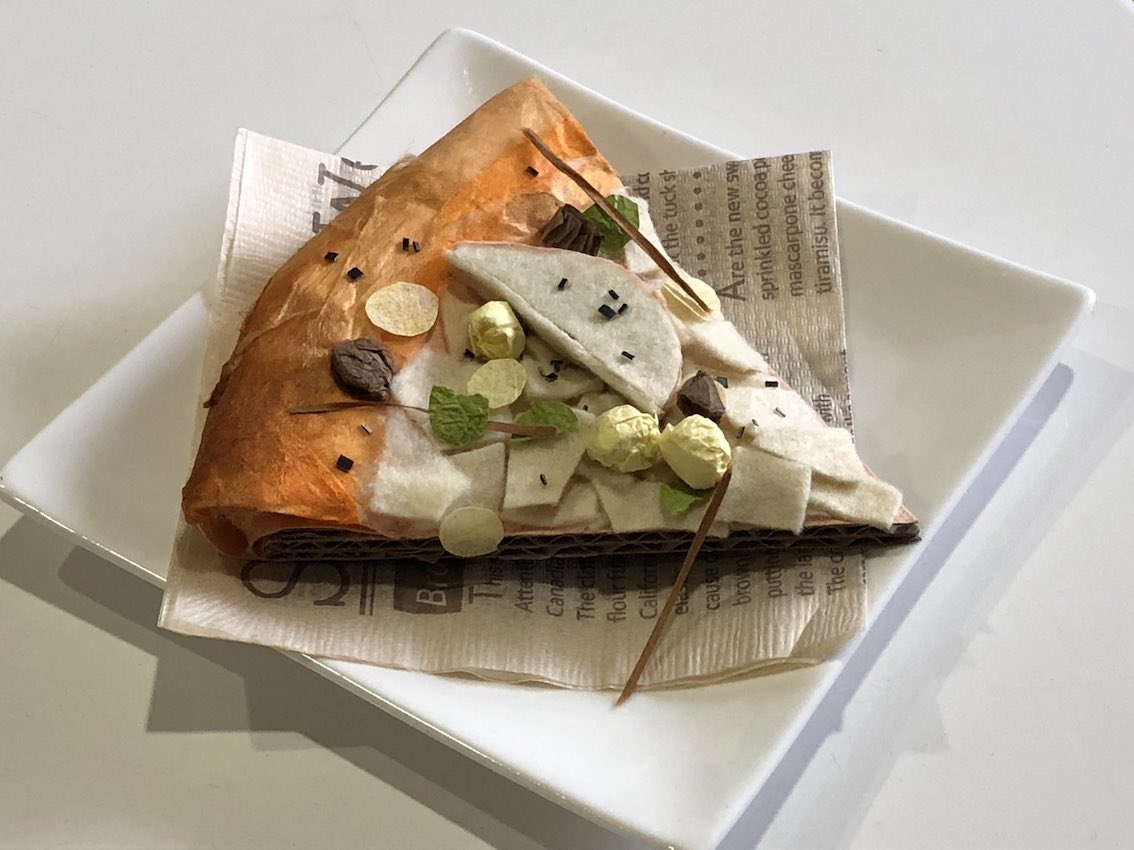 When Kazuhiko first started making papercraft food models in 2016, he would use a piece of cardboard as the base before pasting paper and fabric to create the final product. However, over time, he found that this method resulted in models that were fragile and didn’t hold up well.

Now, he uses papier-mâché to create a base and layers traditional Japanese paper over it. He doesn’t always document the production process but occasionally shows snippets with behind-the-scenes photos and videos. 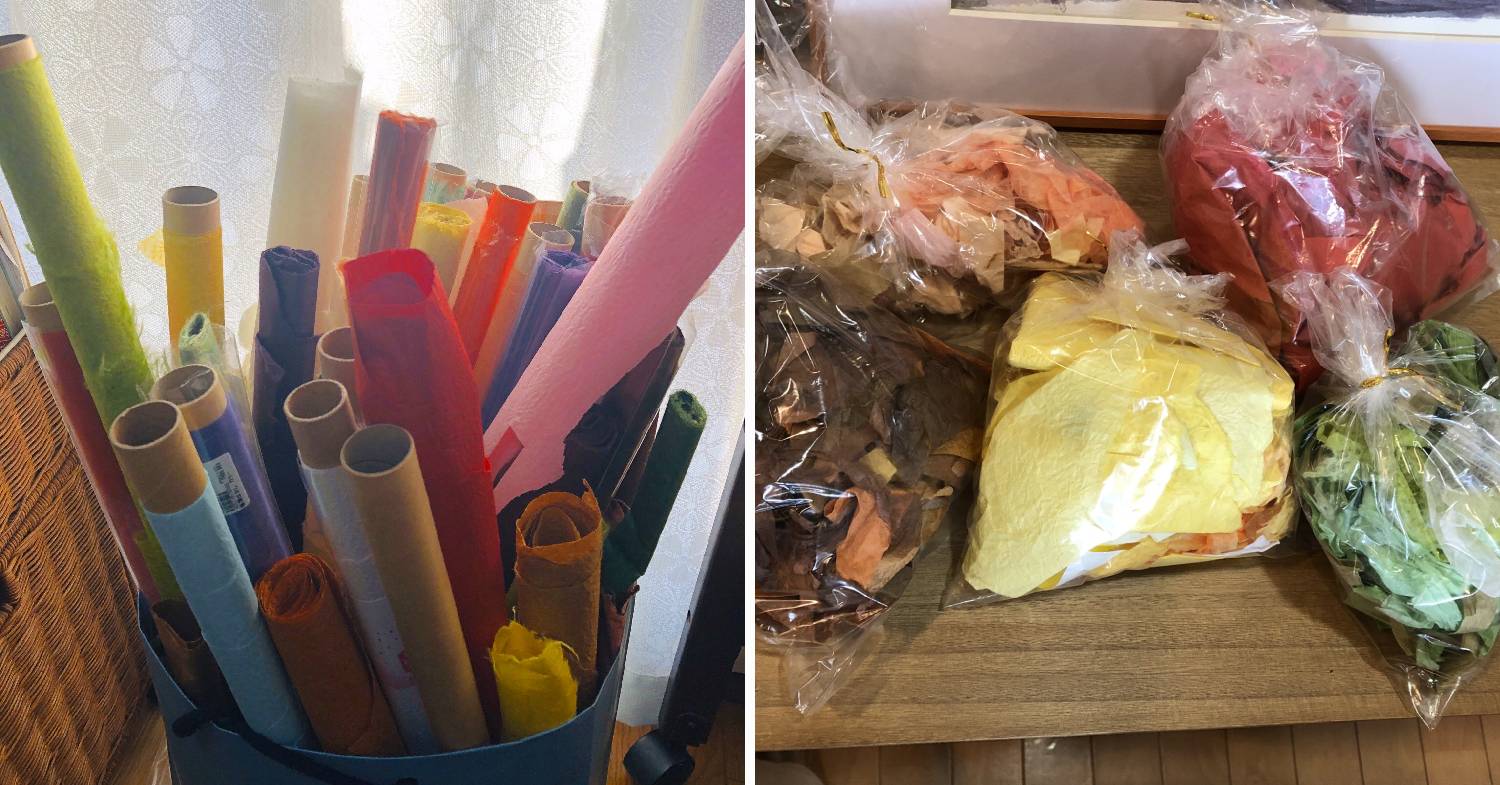 The papercraft food models are made entirely of coloured paper and involve neither painting nor additional dyeing. To make the food models look as realistic as possible, Kazuhiko has a large collection of paper in different colours on hand. He also keeps scraps of paper according to their colours in transparent plastic bags.

Some of these papercraft food models can be made within 1 hour, but it can also take as long as 3 days. It depends on the item and how detailed it is.

The majority of netizens were amazed and shocked that these food models were made entirely out of paper. Many also praised Kazuhiko for making it look so realistic.

User @irumako369 was amazed that the food models were made of Japanese paper and expressed her amazement with a string of exclamation marks.

User @dIlaX2qu0oZ2jMV couldn’t believe that the food models were made using paper and commented that it must have been tough to select the right colours to use.

Papercraft food models made by a Japanese grandpa

Besides looking extra realistic, these papercraft food models can also help introduce Japanese food to others around the world. For more of Kazuhiko’s works, follow his Twitter and Instagram accounts. 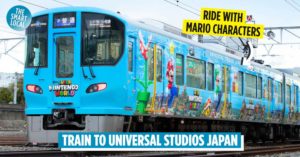 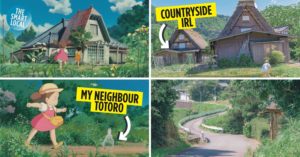