Museums are magical time tunnels that tell stories through curated displays. But what happens when a museum with thousands of artefacts is closed for renovation for three years? Edo-Tokyo Museum came up with the perfect solution – the Hyper Edohaku app, an app which allows virtual visits to Edo-Tokyo by anyone, anywhere, and any time. 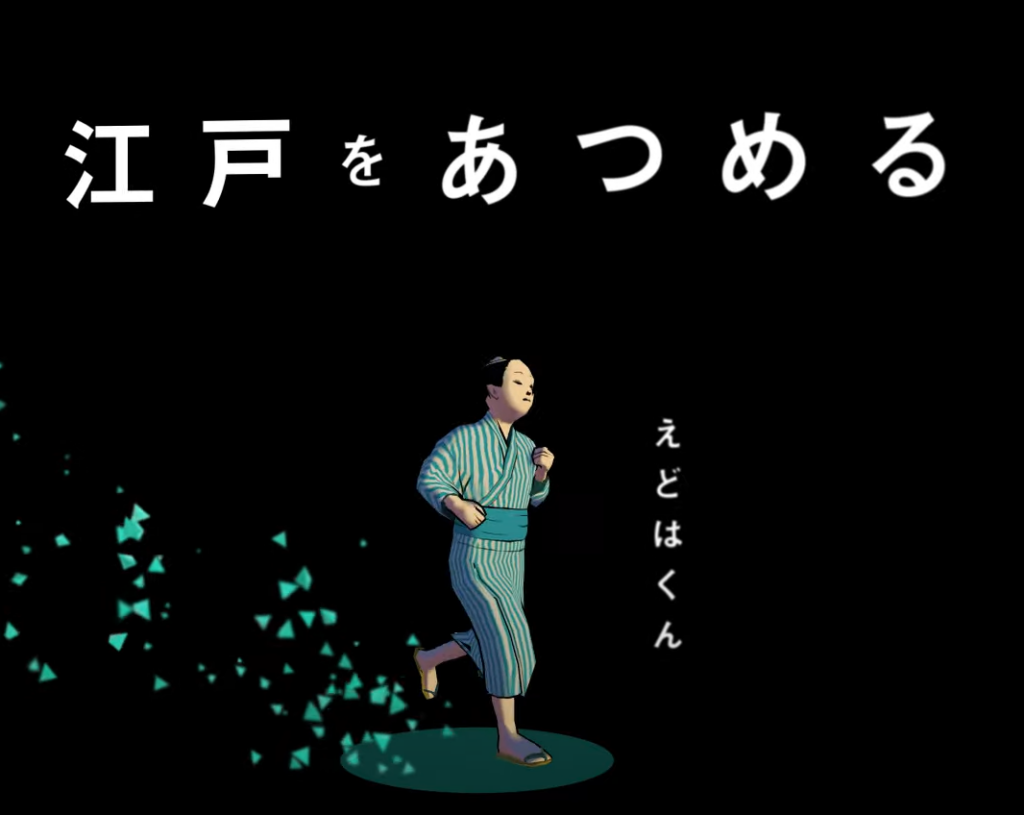 Start your day in a traditional Japanese tenement house as Edoha-kun, a boy who lives in Edo (present-day Tokyo). The world outside is bustling with activity in preparation for kawabiraki (川開き祭り; river festival marking the commencement of the boating season).

After leaving your house, the game will bring you through different settings of varying themes – Ryōgokubashi Bridge, Ekoin Temple, and Sumida River. 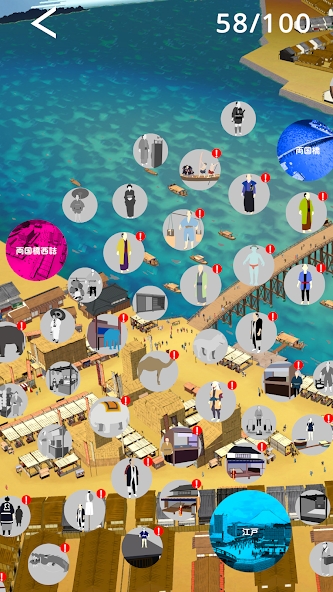 To move on to the next stage, you must find a minimum number of items relevant to each setting’s theme. After unlocking all the stages, you will be free to hop back and forth through the entire map to find all the artefacts featured in the game.

Here’s a sneak peak of what to expect as you run along the virtual streets and river banks as Edoha-kun: 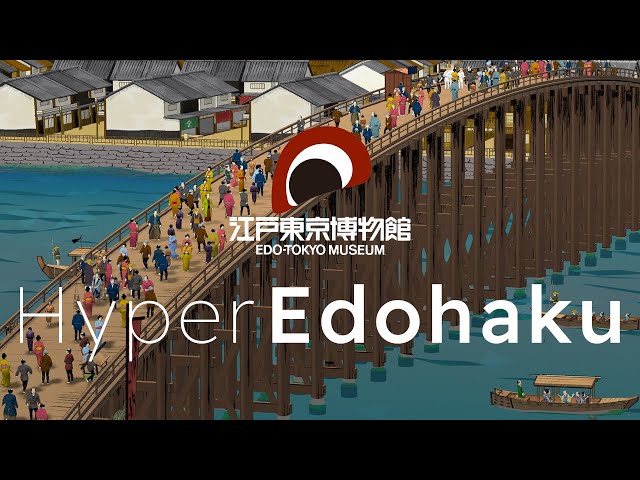 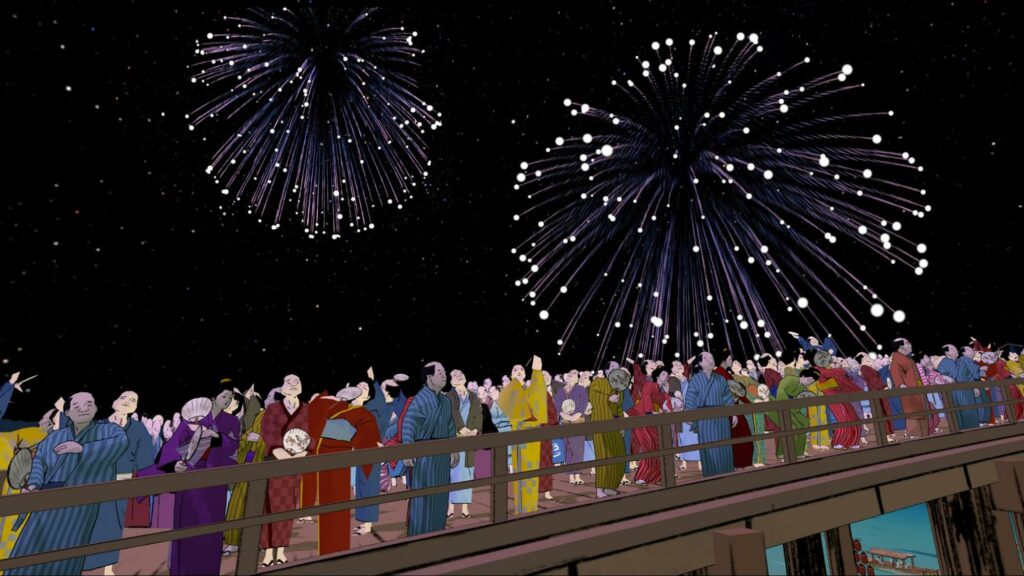 Gape at kappa (河童; Japanese river spirits that resemble turtles) wrestling on a bridge, fresh out of water from A Hundred Tales from Japan and China. 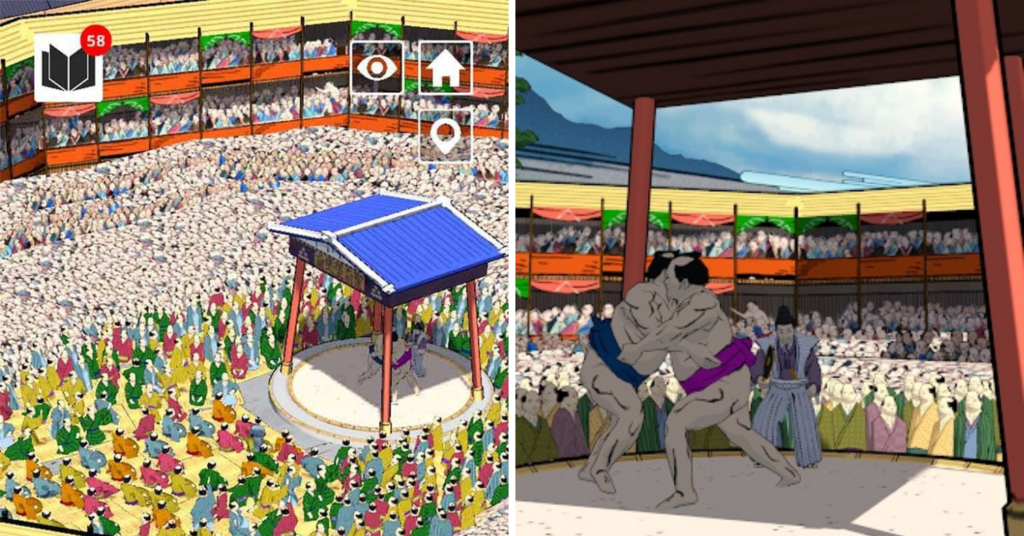 If you’d like to get in on the action, become a wrestler yourself at Ekoin Temple’s much-hyped sumō-wrestling tournament. 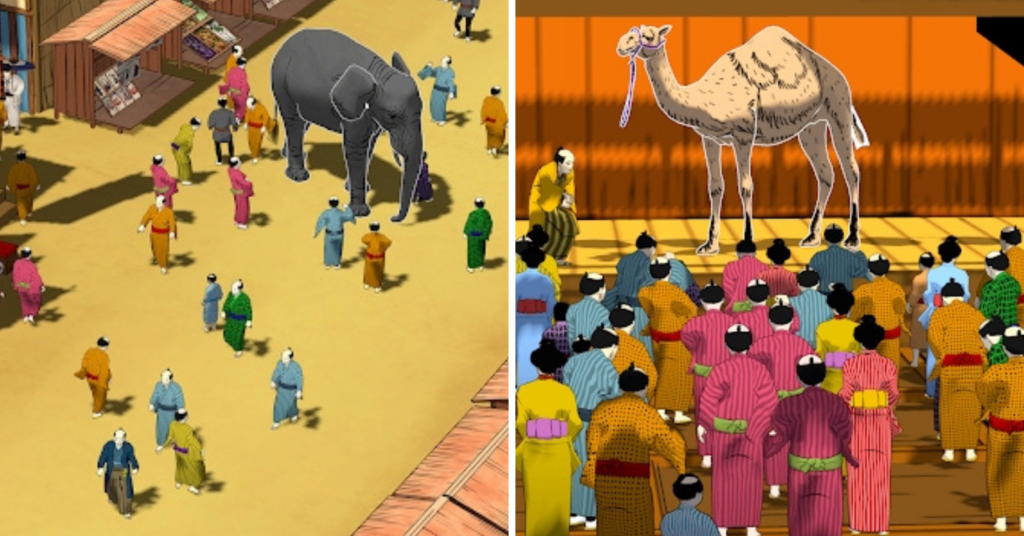 Next, pass by an awe-stricken crowd that’s gathered before an elephant and a camel parading at Misemono Spectacles, Edo period’s “freak show”. 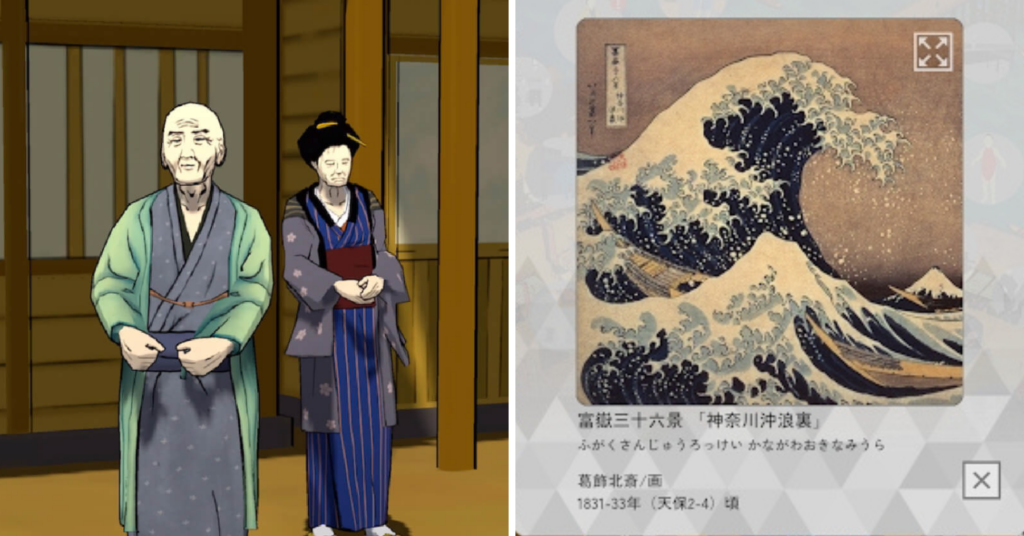 You’ll also bump into famous historical characters, including Katsushika Hokusai, a renowned ukiyo-e artist who spent much of his life in Sumida Ward.

The idea behind Hyper Edohaku Hyper Edohaku is the first Japanese smartphone game produced by a museum. Following the theme of “Finding, Discovering, and Collecting Edo”, the app encourages users to learn about Edo Japan’s culture and way of life simply by playing a game. Created as part of the Tokyo Smart Culture Project, 100 out of 370,000 museum artefacts were painstakingly chosen to most effectively pique users’ interest.

According to Taro Nitta, Chief Curator of Edo-Tokyo Museum, a key feature of the app is digitalising realistic reduced-scale models from the museum’s permanent exhibition. 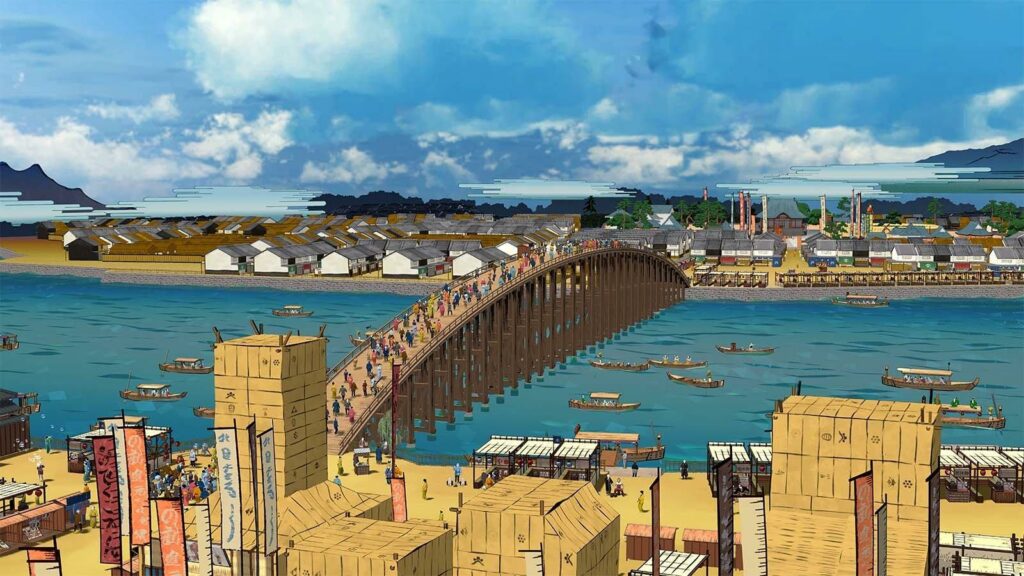 The setting is modelled after paintings of the west end of Ryōgokubashi Bridge, and the characters are reproduced via 3D and CG.

Another curator of the museum, Shoko Haruki, shares that Hyper Edohaku serves to promote the Edo-Tokyo Museum to an overseas audience.

Travel through space and time with Hyper Edohaku

Hyper Edohaku offers an immersive experience that will surely upgrade your Edo period knowledge in time for the Edo-Tokyo Museum’s 2025 reopening. The app comes in both Japanese and English versions, and is available on iOS and Android. 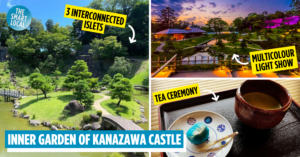 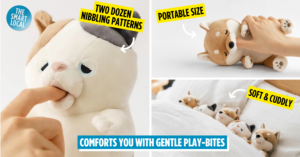