Japan’s iconic giant monster, Godzilla, has attracted a slew of devout fans over the years. However, a new contender is seeking to dethrone its status as Japan’s favourite kaiju – meet the new titan 3D cat near Shinjuku Station. 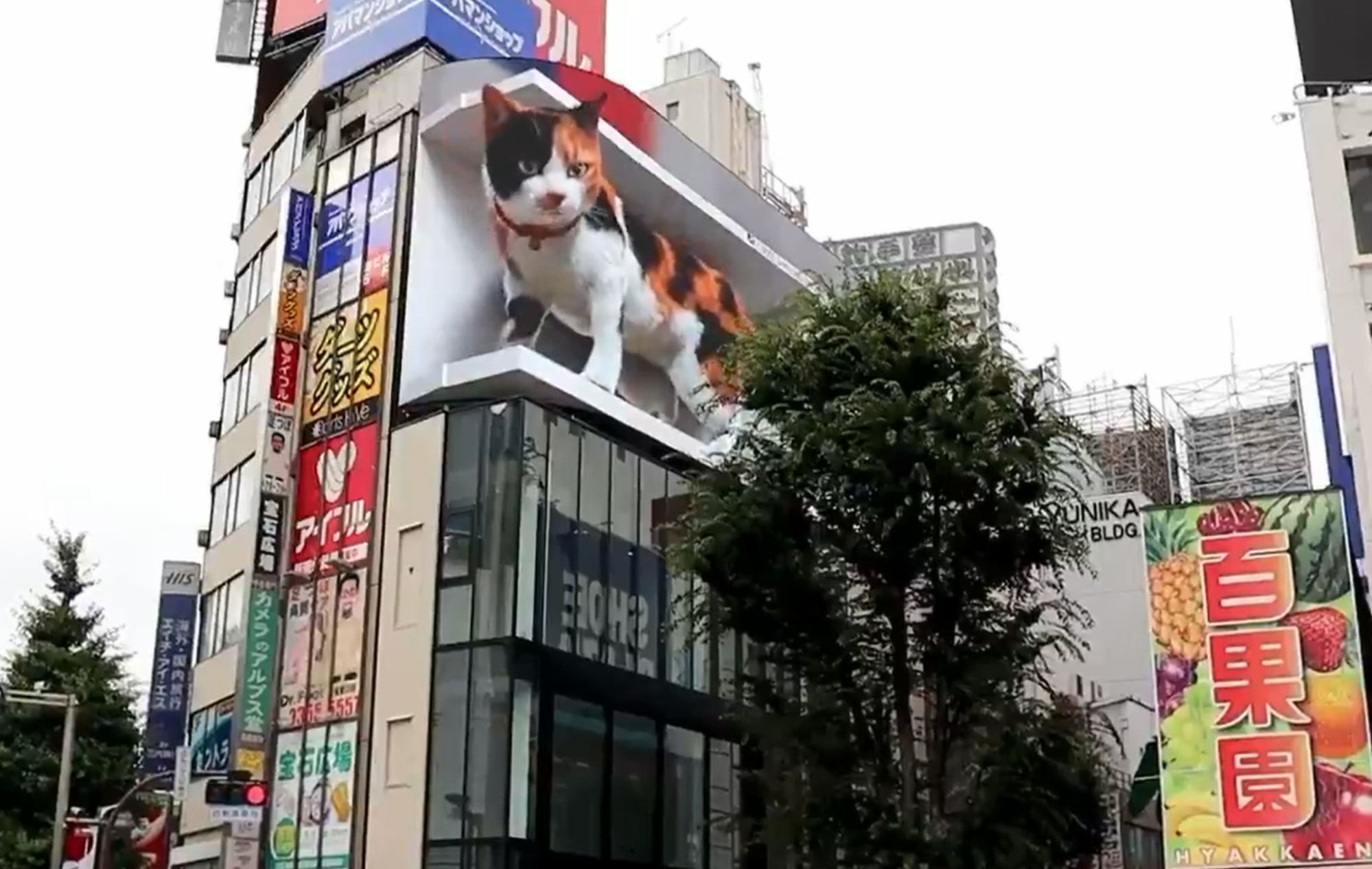 In the video, a giant calico cat can be seen standing in the recess of a building, looking curiously at the onlookers. 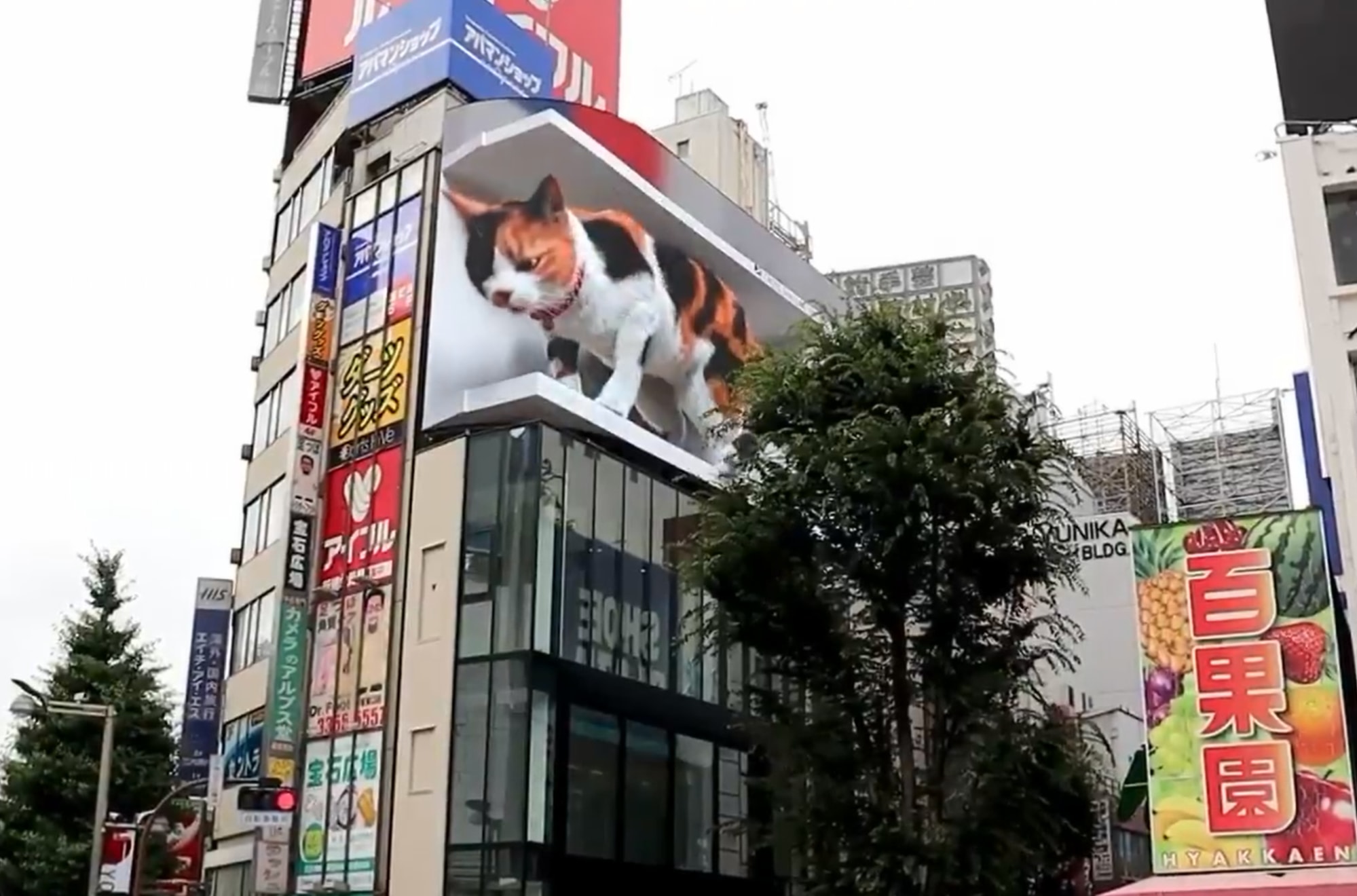 Most would think that this 3D cat was created with hyper-realistic CGI work. However, the adorable feline is actually a digital projection from the curved LED screen mounted on a building near the east exit of Shinjuku Station.

Due to its shape, curved screens are able to yield a 3D effect when viewed from certain angles. 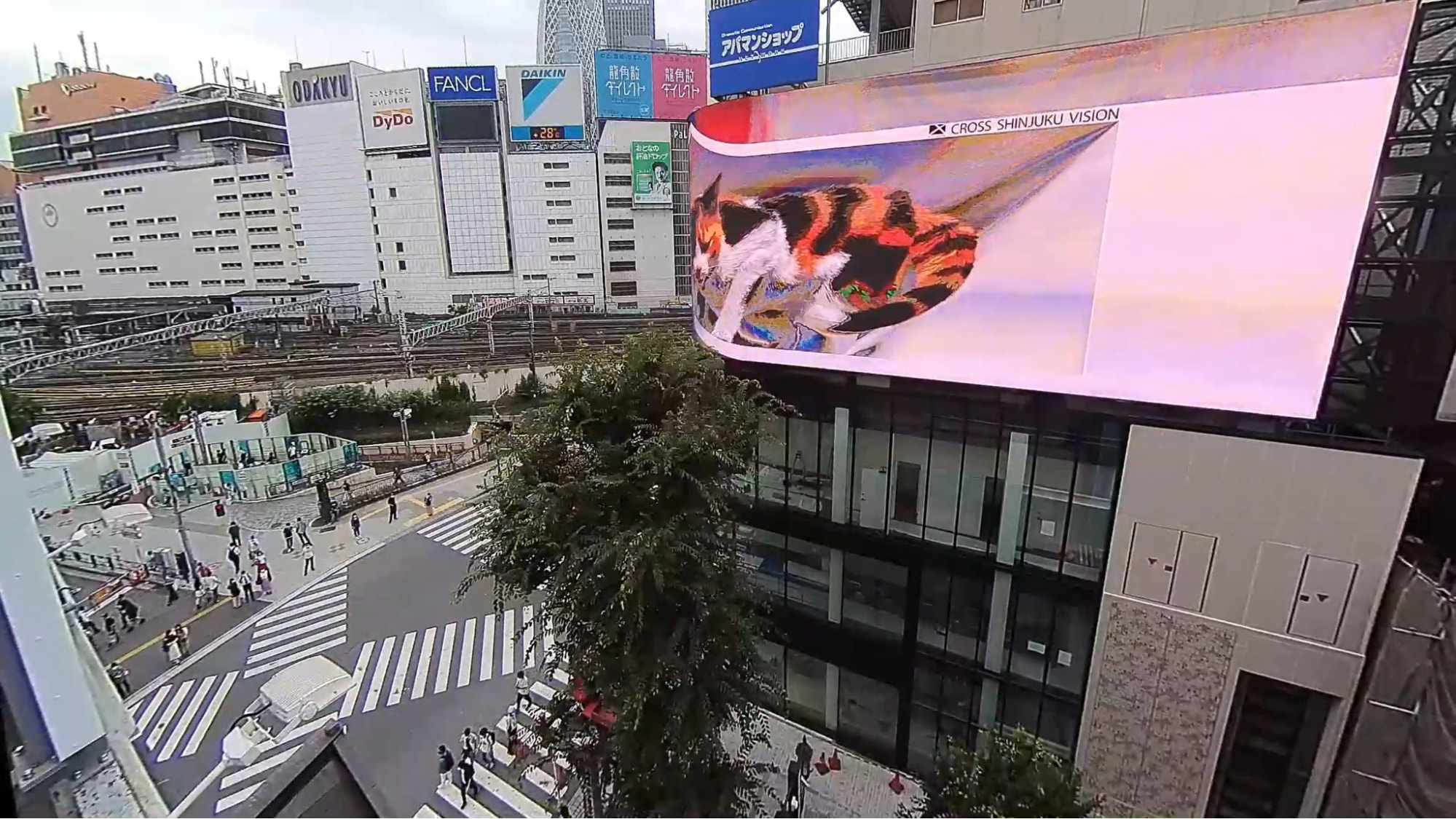 The screen also projects images at 4K resolution, while having an excellent audio quality. All these help to bring the giant calico cat to life. 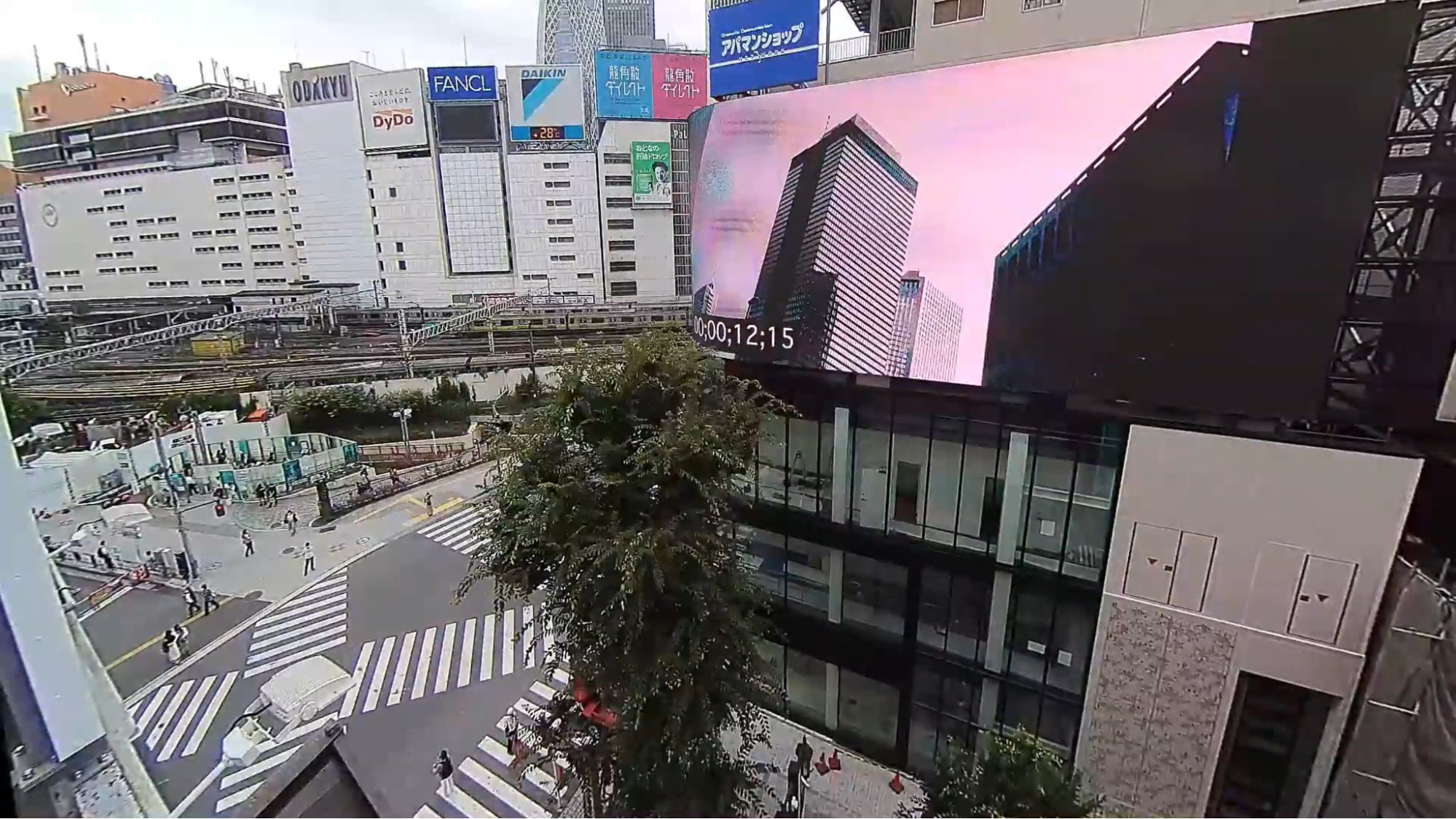 This screen was co-developed by MicroAd Digital Signage and Yunika – companies known for creating multimedia displays – under the supervision of Cross Space. It will serve as a new advertisement signage in Shinjuku, and we can expect even more unusual ads in the coming months. 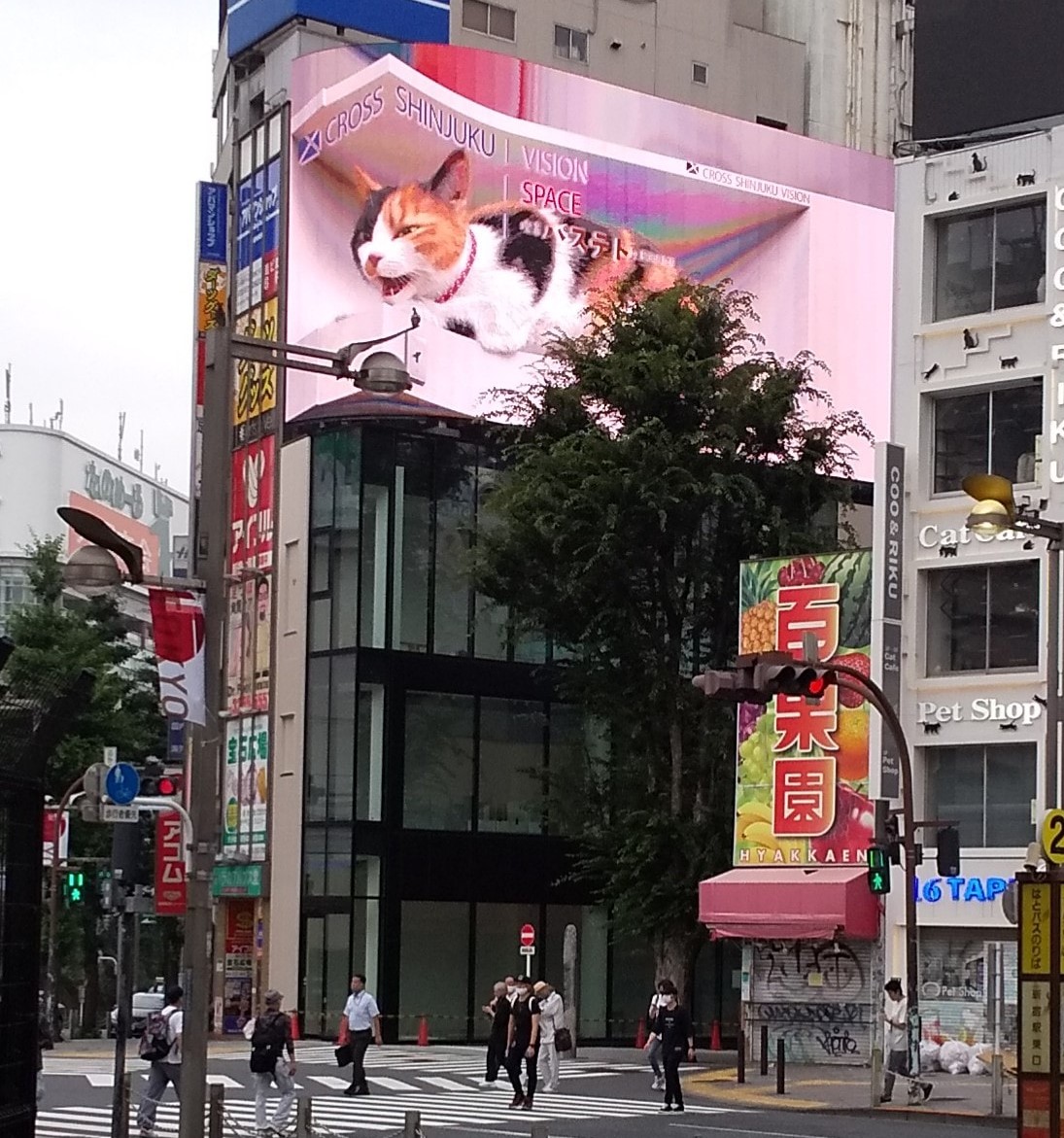 The giant cat has been appearing on the display screen as a short teaser since 1st July 2021, and it will not be going away anytime soon. Starting 12th July 2021, the cat will be making periodic appearances from 7AM-1AM.

Just like how Osaka has its iconic Glico running man sign, the calico cat may just become Shinjuku’s characteristic symbol.

Catch the 3D cat even if you’re not in Shinjuku

For international viewers and those not living near Shinjuku, you can still catch the Shinjuku cat on Cross Space’s official YouTube livestream. But if you’re able to visit Shinjuku in the future, be sure to check out this adorable kaiju. 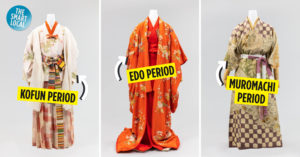 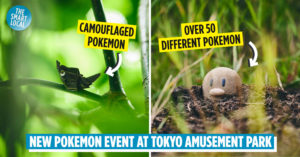