Japan has no shortage of mascots. Referred to as yurukyara, character mascots like the Kumamoto sensation Kumamon and the wildly popular furry brown monster Domo-kun parade streets to promote regions and businesses.

But not all mascots are created equal nor endearingly cute. Here are 10 weird Japanese mascots that will instantly make you go “nani”? 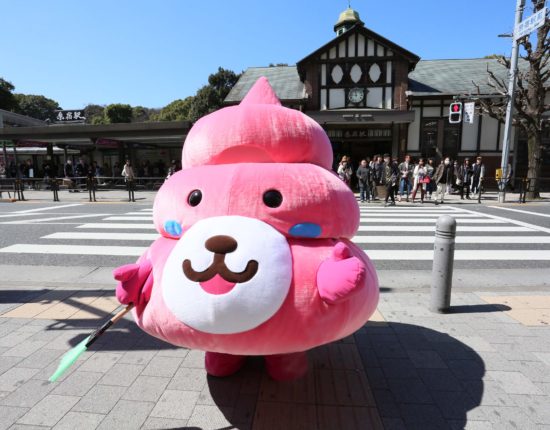 You may be familiar with the story of Hachiko (ハチ公), a fiercely loyal Akita dog who continued to wait for his owner at Shibuya Station long after he’d passed away. This giant pink mascot is said to have come from the posterior of the loyal canine, an origin story that would explain his spiral-shaped, poop-like appearance. A play on the Japanese term for soft serve ice cream, sofuto kurimu, the “inu” in Soft Kuriinu means “dog” in Japanese. 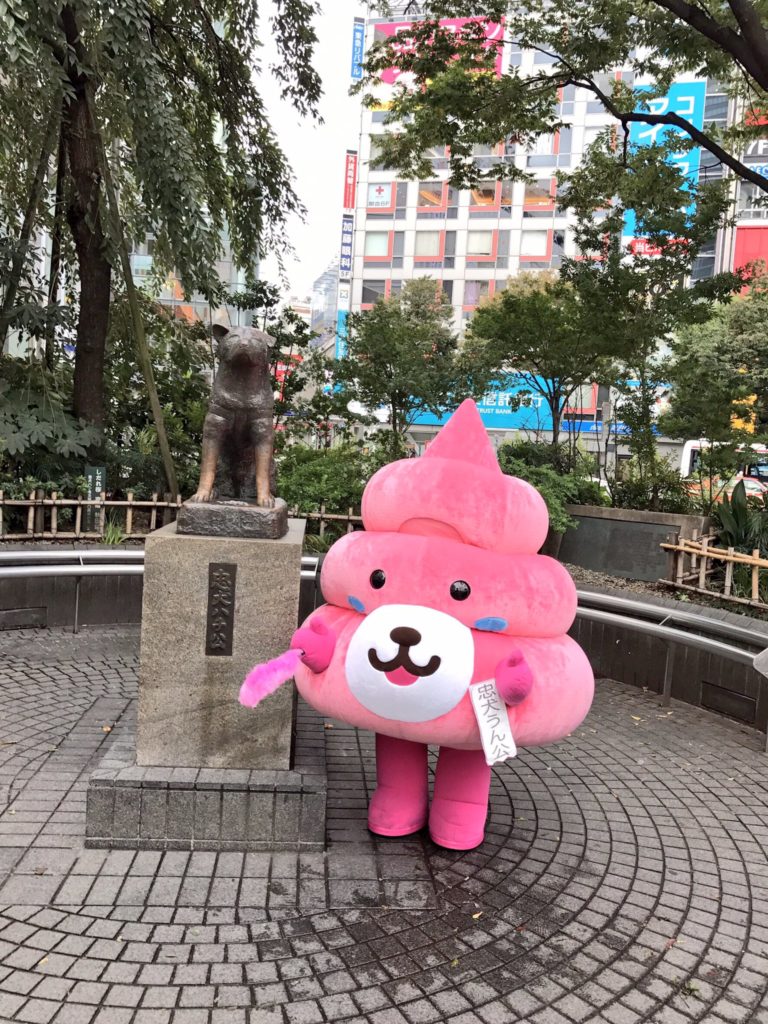 Soft Kuriinu is also lovingly referred to as “chuuken unko” (忠犬うん公), which translates to “loyal dog poop”. Keen observers will surely pick up the pun on “poop” (unko, うんこ), as the hiragana “ko” (こ)  is replaced with the kanji “ko” (公), the same character used in Hachiko’s name. Despite his appearance, Soft Kuriinu does a good job at keeping the streets of Tokyo clean. He loiters around Shibuya Ward with a brush in hand to tidy up walkways. Don’t be afraid to give him a hug if you happen to bump into him in Tokyo – the anthropomorphic mascot is said to bring you good fortune. 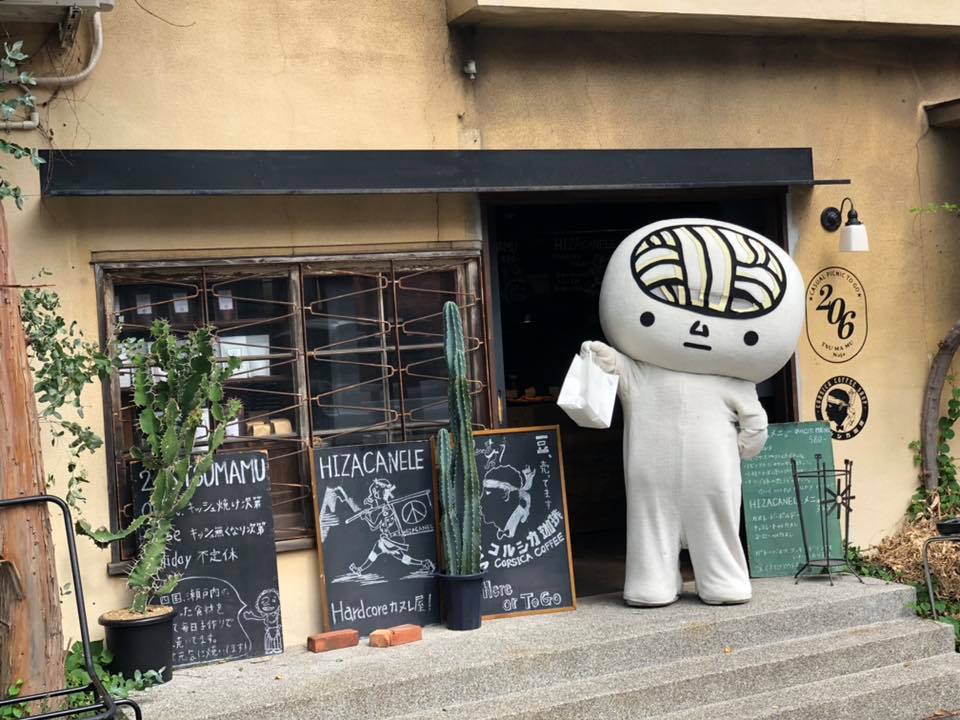 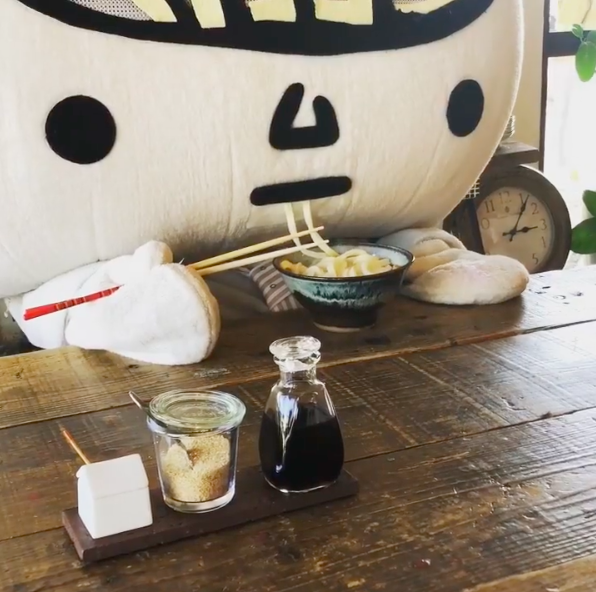 Famous for being the birthplace of sanuki udon, Kagawa Prefecture has the highest udon consumption rate in Japan. From busy train stations to the middle of remote rice fields, this prefecture from the Shikoku region boasts over 600 udon shops. The well-loved local delicacy has since become popular all over Japan and the world.

While there are many types of udon out there, the most popular – at least outside of Kagawa – has to be sanuki udon. Chances are, you’ve tried this squarish, thick, and supple udon at a Japanese restaurant. 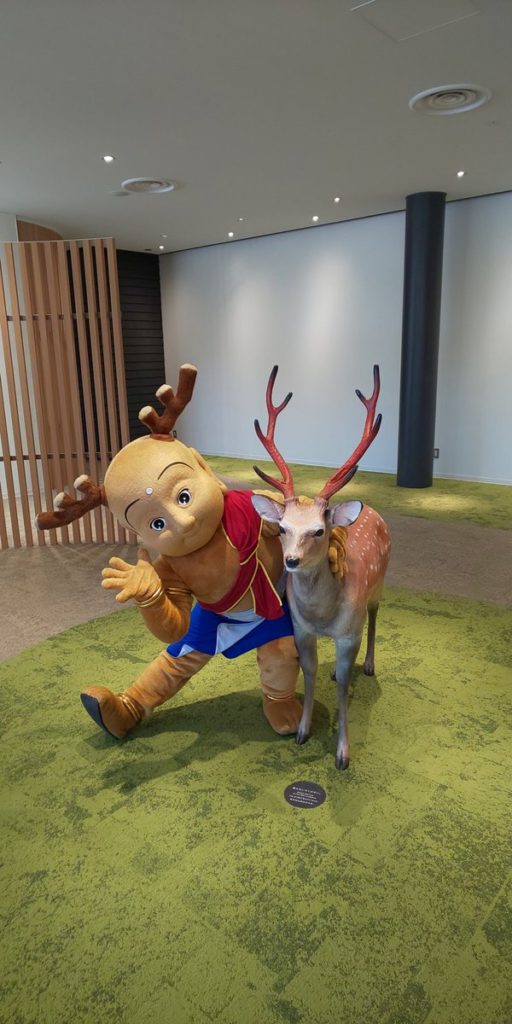 Nara is a city known for polite bowing deers and Buddhist temples, so it isn’t surprising to see the region try to combine two of its best assets. However, the outcome may be questionable, to say the least.

Unveiled back in 2010, Sento-kun was part of the prefecture’s effort to celebrate the anniversary of Heijō-kyō, the imperial palace which served as the capital of Japan for most of the Nara Period. With an appearance resembling a young Buddha bestowed with deer antlers, Sento-kun captured public attention – but not without controversy. Regarded as blasphemous, his hybrid appearance initially left locals confused and it didn’t sit well with the public. Many found it creepy, ugly and kimo-kawaii (cute but disgusting), so much so that a second – and much cuter – mascot named Shikamaro-kun was created by the Nara City Tourist Association. Hiyawan, who comes from the small and relatively unknown Nabari City in Mie Prefecture, is an eerie Snoopy-like dog with a face reminiscent of a noh mask. Noh is a traditional form of Japanese performance where masks are worn by actors to portray the character.

What set out to be a homage to traditional arts has instead earned Hiyawan the unfortunate reputation of a “pervy, middle-aged man” who stares at you creepily. 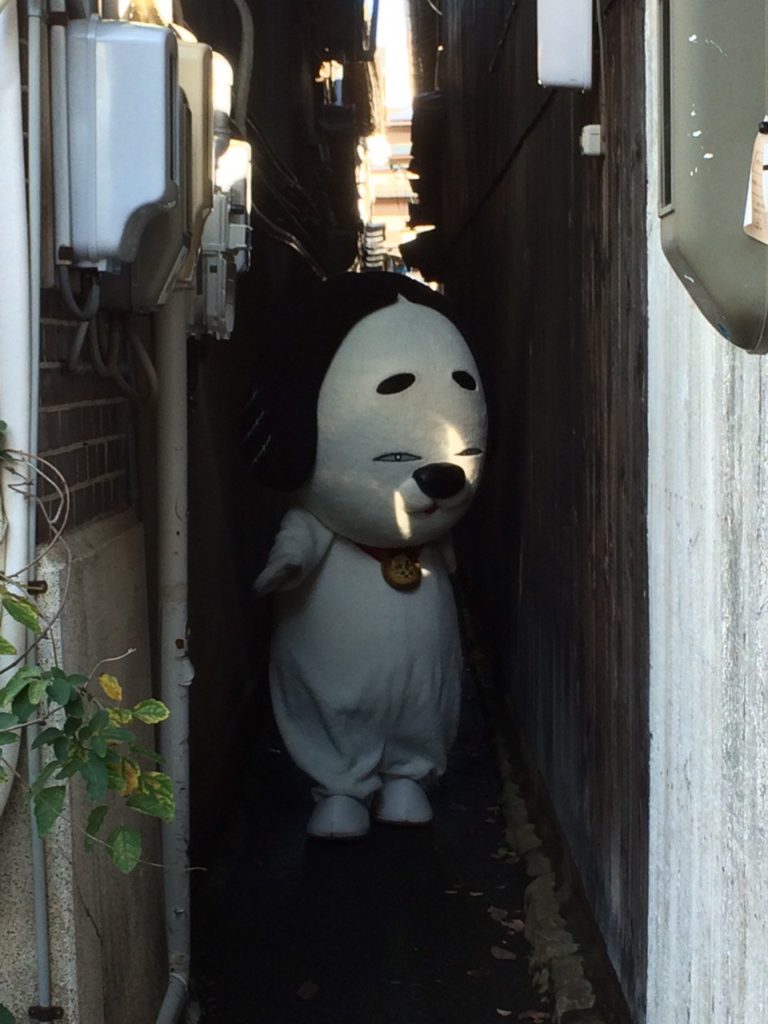 That said, we can’t help but to marvel at the thought that went into his name. “Hiyawa” comes from hiyawai (ひやわい), a term typically used by locals to refer to the narrow alleys the city is known for. The addition of “n” at the end forms “wan”, which is a Japanese onomatopoeia for the sound of dogs barking. 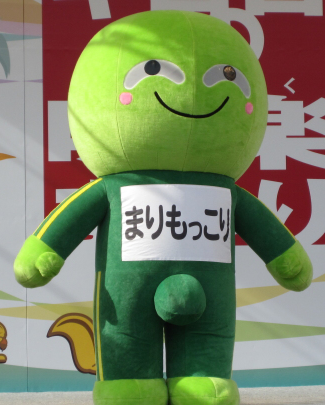 Trust Japan to create a giant green mascot with a perverted smile and painfully obvious bulge.

Despite what his appearance might suggest, Marimokkori’s origin story is a rather innocent one. The mascot was inspired by marimo (毬藻), fluffy algae balls typically found in Lake Akan, East Hokkaido. Part of his name is a pun on the name of these aquatic plants.

But this wouldn’t be Japan if there wasn’t some sort of perverse humour involved. The second part of his name, “mokkori”, is a Japanese onomatopoeia for erections – something we’d never thought needed to be sonically described. Though Marimokkori was initially an unpopular character, he eventually gained popularity. These days, you can even see Marimokkori-branded merchandise. 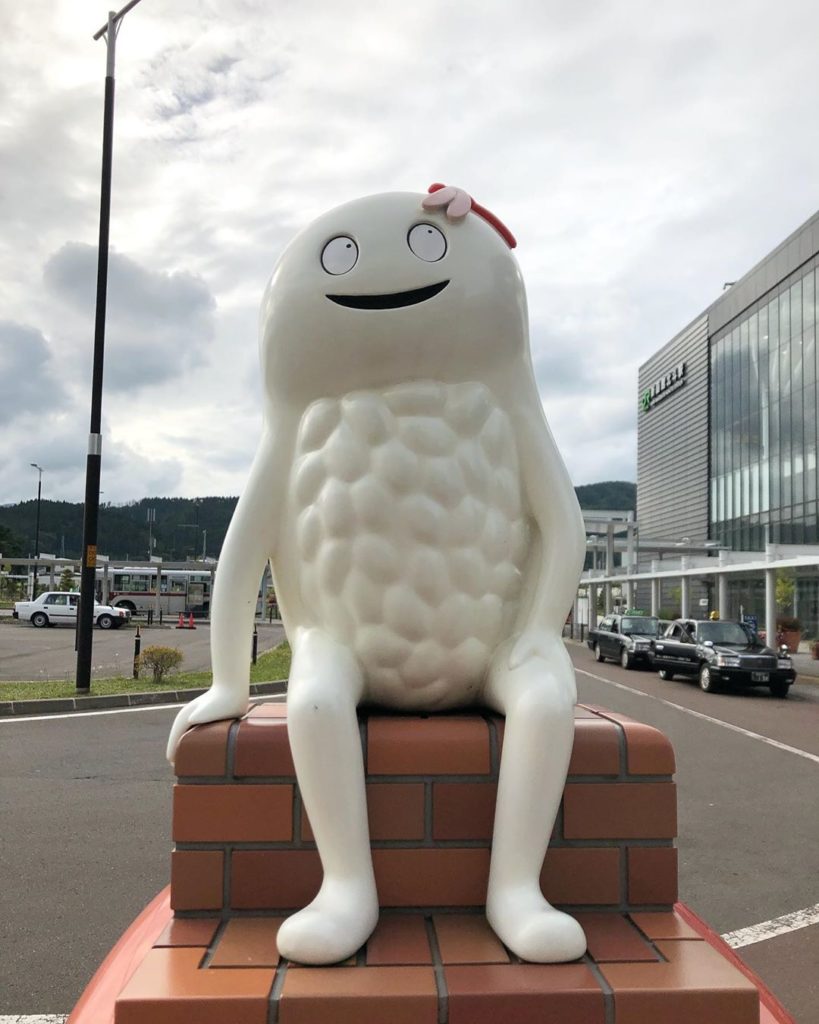 Hokkaido seems to be a hotspot for the weird and bizarre if the inclusion of not one, but two mascots on this list is anything to go by. Surrounded by nature, Hokuto City is famous for two local products: fukkurinko rice and hokki-gai clams (surf clams). Zushihocky is made of these – a strikingly white, lumpy rice body with a surf clam on its back.

Unlike most promotional characters, Zushihocky is proudly advertised as a weird Japanese mascot right from the get-go. Its lanky body, coupled with an unsettling smile, leaves an impactful impression. No wonder why Zushihocky was crowned the most memorable mascot in Japan this year. 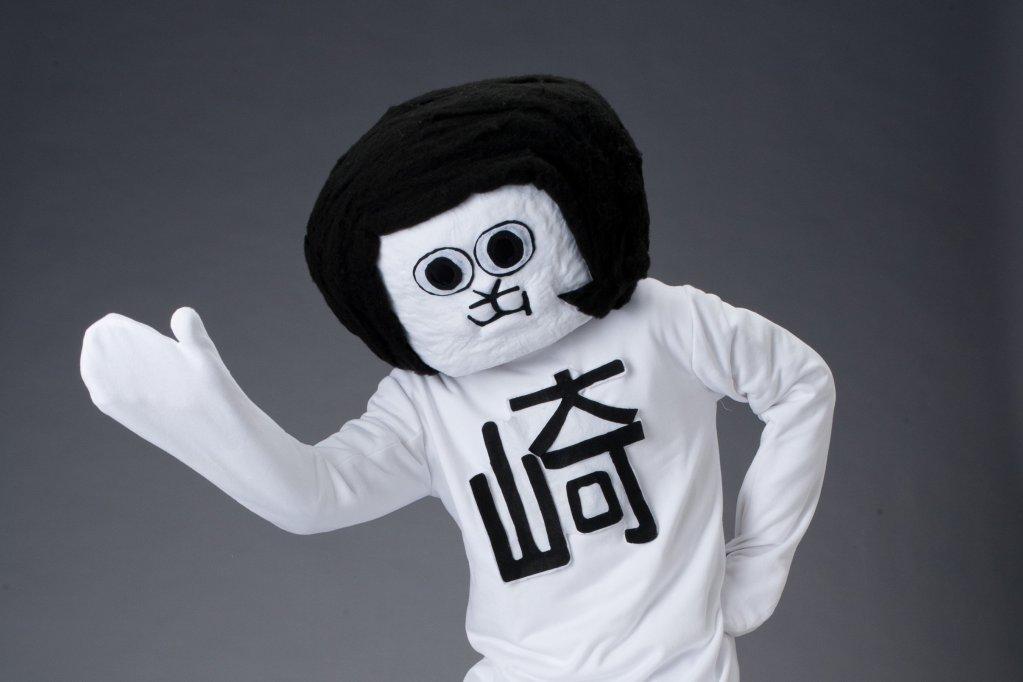 If you thought Slender Man couldn’t be more horrifying, wait till you meet Okazaemon from the city of Okazaki, an old castle town near Nagoya.

Okazaemon combines Slender Man’s unnaturally long silhouette with soulless eyes that stare right into your soul to create an eldritch horror that will plague your nightmares forevermore.

His facial features are formed based on the kanji character for “oka” (岡). Together with the huge “zaki” (崎) plastered across his chest, the words read “Okazaki” (岡崎) – the name of the city written in kanji. 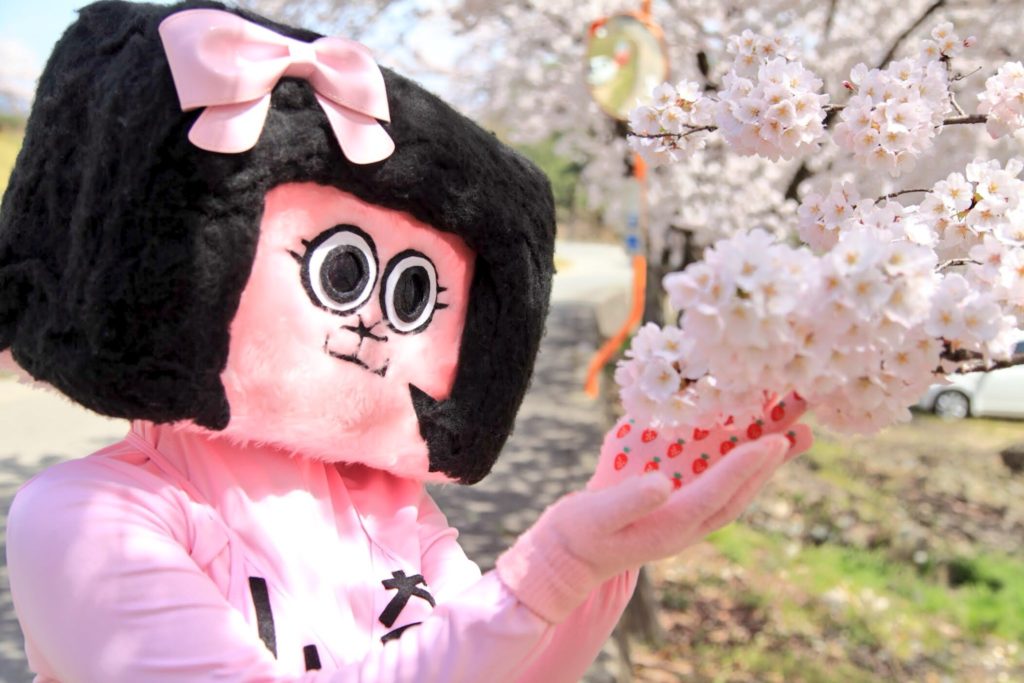 As if that isn’t enough, the city decided that Okazaemon needed a pink female companion. She’s not the cutest, but at least the ribbon’s a start in the right direction. 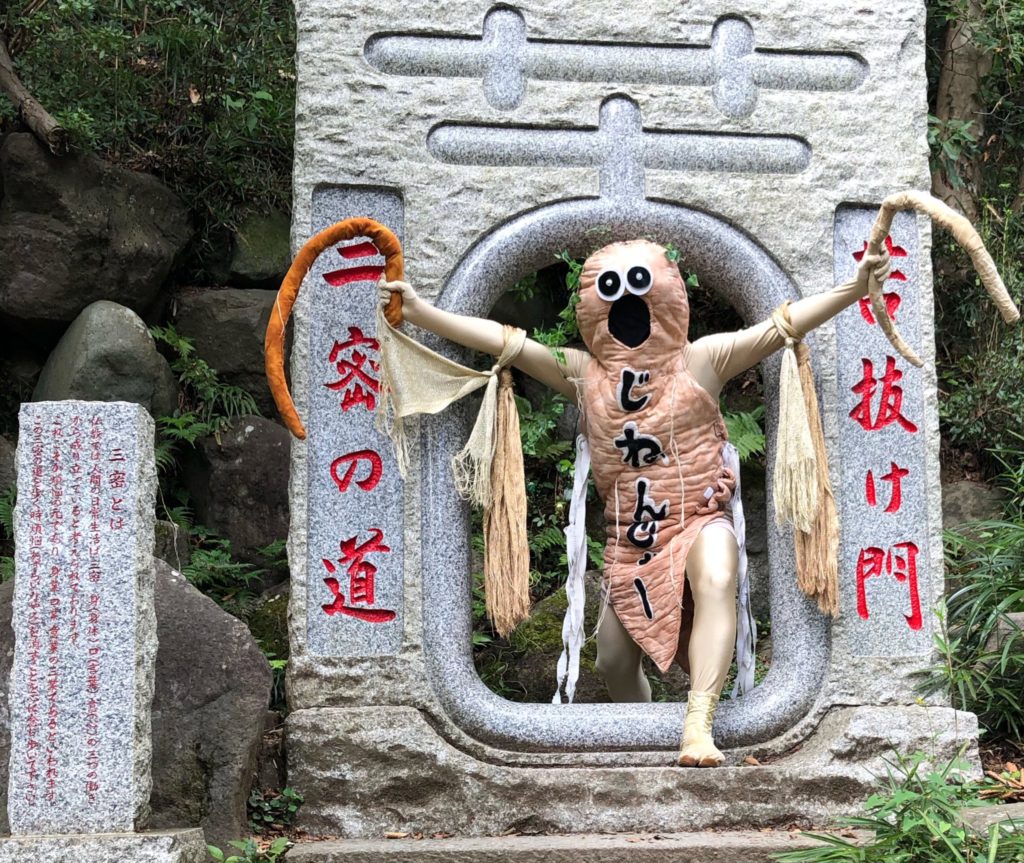 Yam is pretty boring on its own, but Shiroi, a city in Chiba Prefecture, has somehow managed to transform the root vegetable into nightmare fuel.

Its name, Jinenja, is a wordplay on “jinenjo” (Japanese yam) and “ninja”. What can we say, besides that Japan truly loves her puns?

This unlikely ninja hero comes from the underground world of Neverland, with a mission to save his beloved Princess Tororo (slimy grated yam) from the sticky clutches of an anonymous abductor. Aided by a kind farmer, the brave hero wields the strongest yam farmed and produced locally in the city of Shiroi. 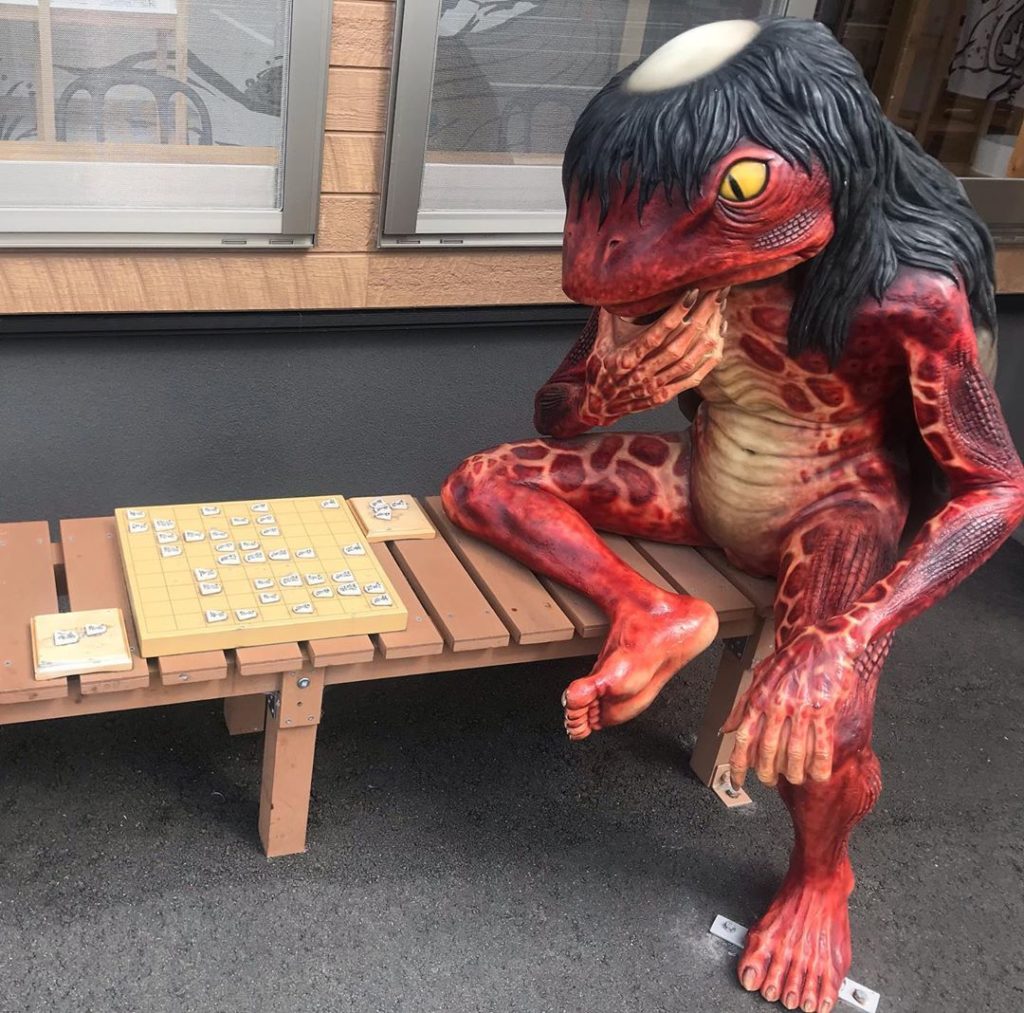 In Japanese folklore, kappa (河童) is a frog-like water demon that resides in riverbeds and streams all over Japan. Gajiro is a demonic mascot inspired by the amphibious creature of lore. As part of Fukusaki City’s efforts to attract more visitors, the town has transformed itself into a yokai (demon) town. Part of their efforts include installing yokai benches with hyper realistic demon mascots that terrify tourists and locals alike, all around the city. 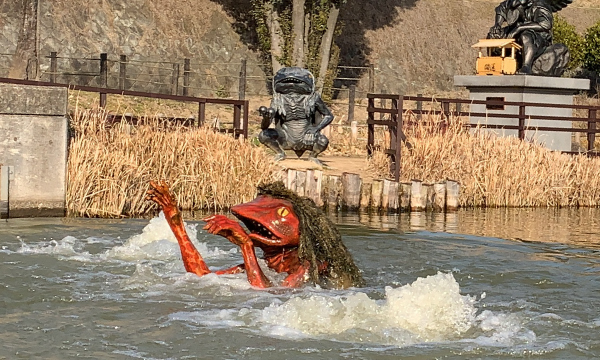 A 30-minute walk from Fukusaki station will bring visitors to Tsujikawayama Park, where Gajiro and his kappa companions live in muddy waters. After failing to clean up the murky pond, the city decided to use it as the setting for the demonic set-up. As it turns out, the cloudy water is perfect for hiding the mechanical contraptions. These yokai pop up out of nowhere every 30 minutes, scaring unsuspecting tourists. 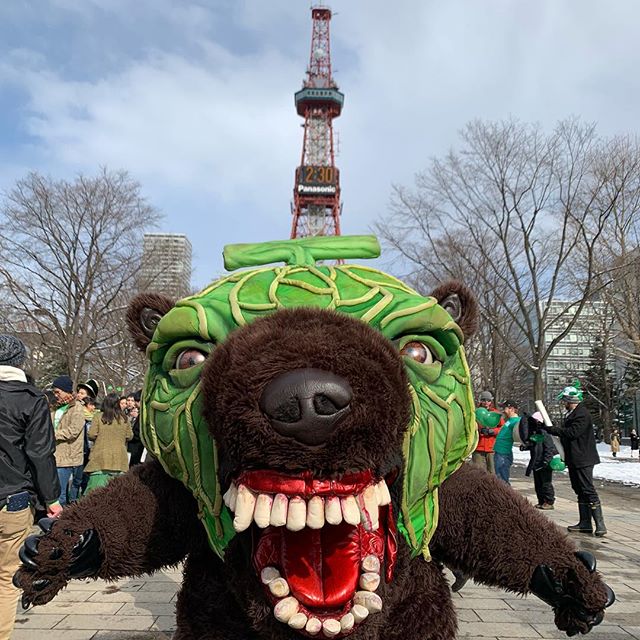 Melon Kuma tops the list of weird Japanese mascots by being deeply unsettling and gruesome. Originating from a small town in Hokkaido Prefecture known for their melons and bears, this Yubari City mascot showcases their best assets in a decidedly unorthodox manner.

Instead of giving it a cute Kumamon-esque appearance, the people of Yubari went rogue and made Melon Kuma downright terrifying. Melon Kuma, complete with a veiny watermelon head and blood-stained teeth, snaps at innocent passersby. 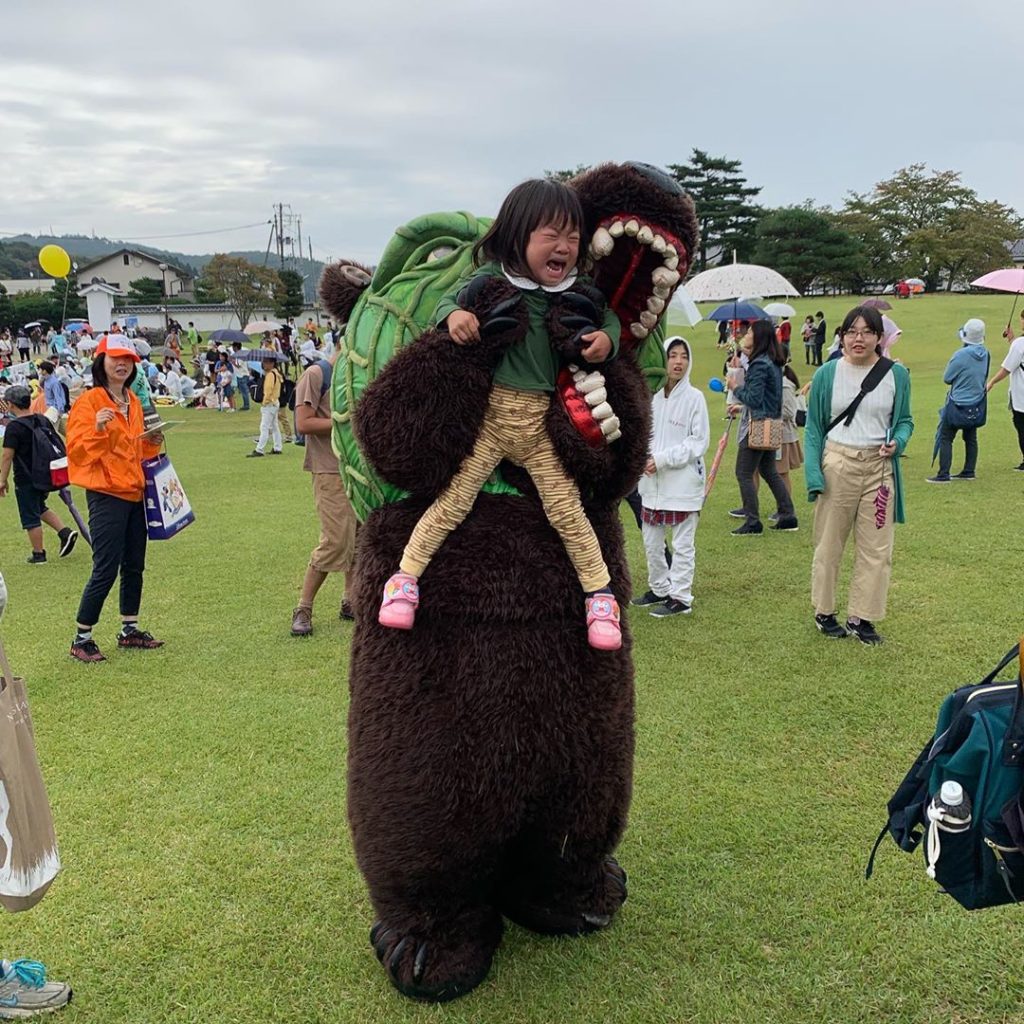 Even children aren’t spared – Melon Kuma will gnaw on your offsprings, so don’t expect smiles and warm fuzzy hugs from this weird Japanese mascot.

Weird Japanese mascots that will give you nightmares

From hybrid melon bears who will hunt you in your nightmares to green algae humanoids with a lecherous gaze, creativity truly knows no bounds when it comes to weird Japanese mascots. But just like how cute mascots are celebrated, their creepy counterparts are steadily gaining popularity too. When you’re able to fly to Japan again, be sure to check out the weird Japanese mascots the region you’re visiting has to offer.

Check out these articles for more: 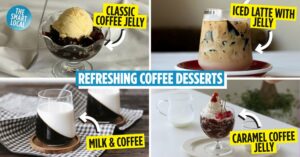 8 Coffee Jelly Recipes That Will Make Even Saiki K. Salivate
9 Easy Japanese Craft Ideas That Will Boost Your DIY Skills From Noob To Pro 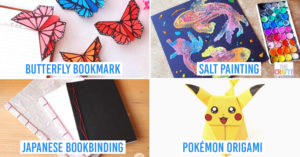