Halloween just took place over the weekend and naturally, photos of creative costumes were all over social media. But it wasn’t outrageous outfits that caught our eye. Instead, we were tickled by the trend of Halloweeners dressing up as ordinary people in oddly specific but relatable situations. This is also known as 地味ハロウィン (jimi harōin) – “mundane Halloween”. The first-ever “Mundane Halloween” party in 2014

The idea of “mundane Halloween” came about in 2014 when a group of adults from Daily Portal Z – a Japanese media outlet – wanted to celebrate Halloween but were too shy to dress up in flamboyant and attention-grabbing costumes. Instead, they came up with the concept of “地味ハロウィン” (jimi harōin), which loosely translates to “mundane Halloween” or “ordinary Halloween”. 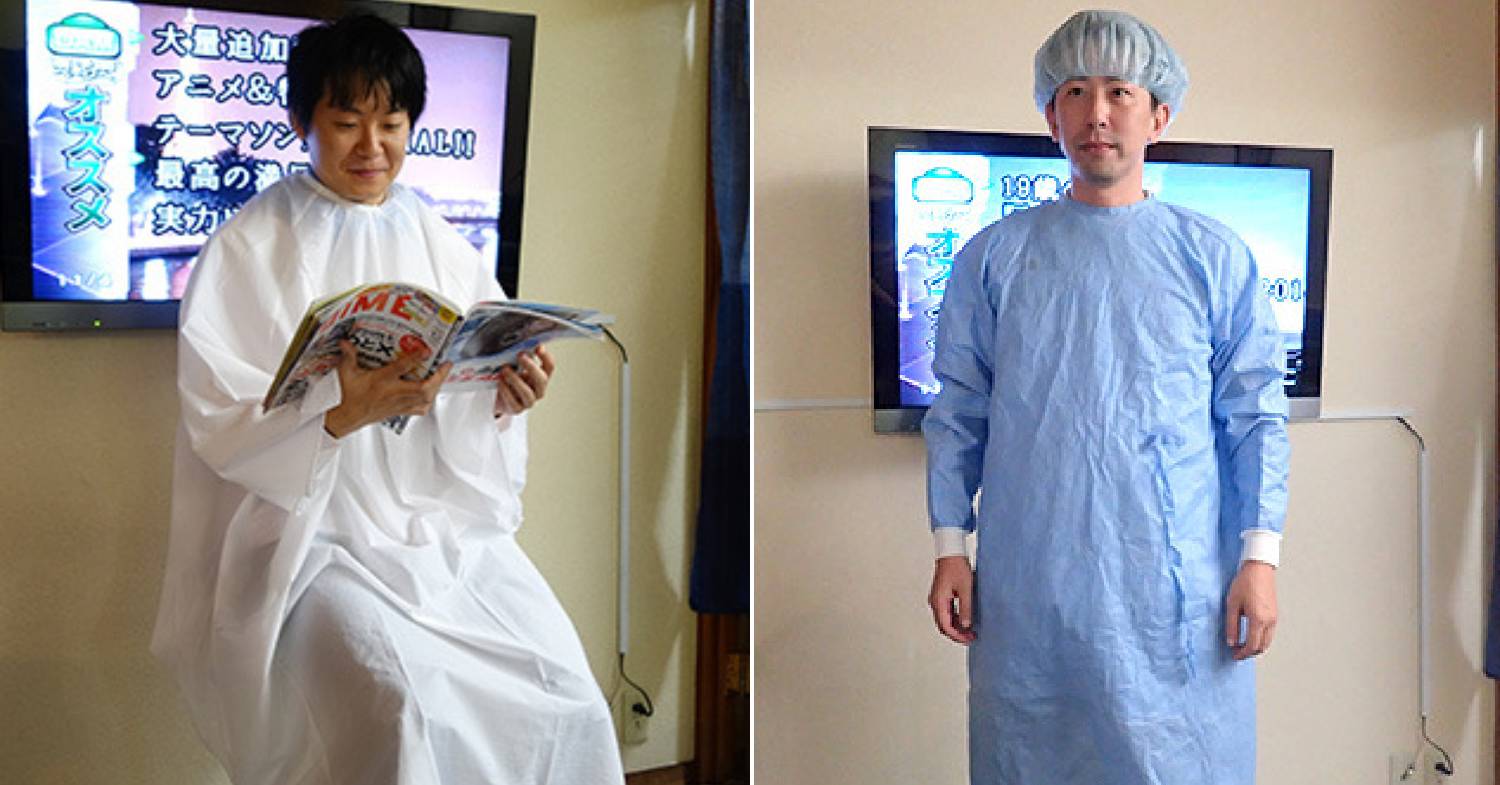 People came in costumes inspired by ordinary situations that happen in everyday life. Some are oddly specific and require some explanation, while others are instantly recognisable. 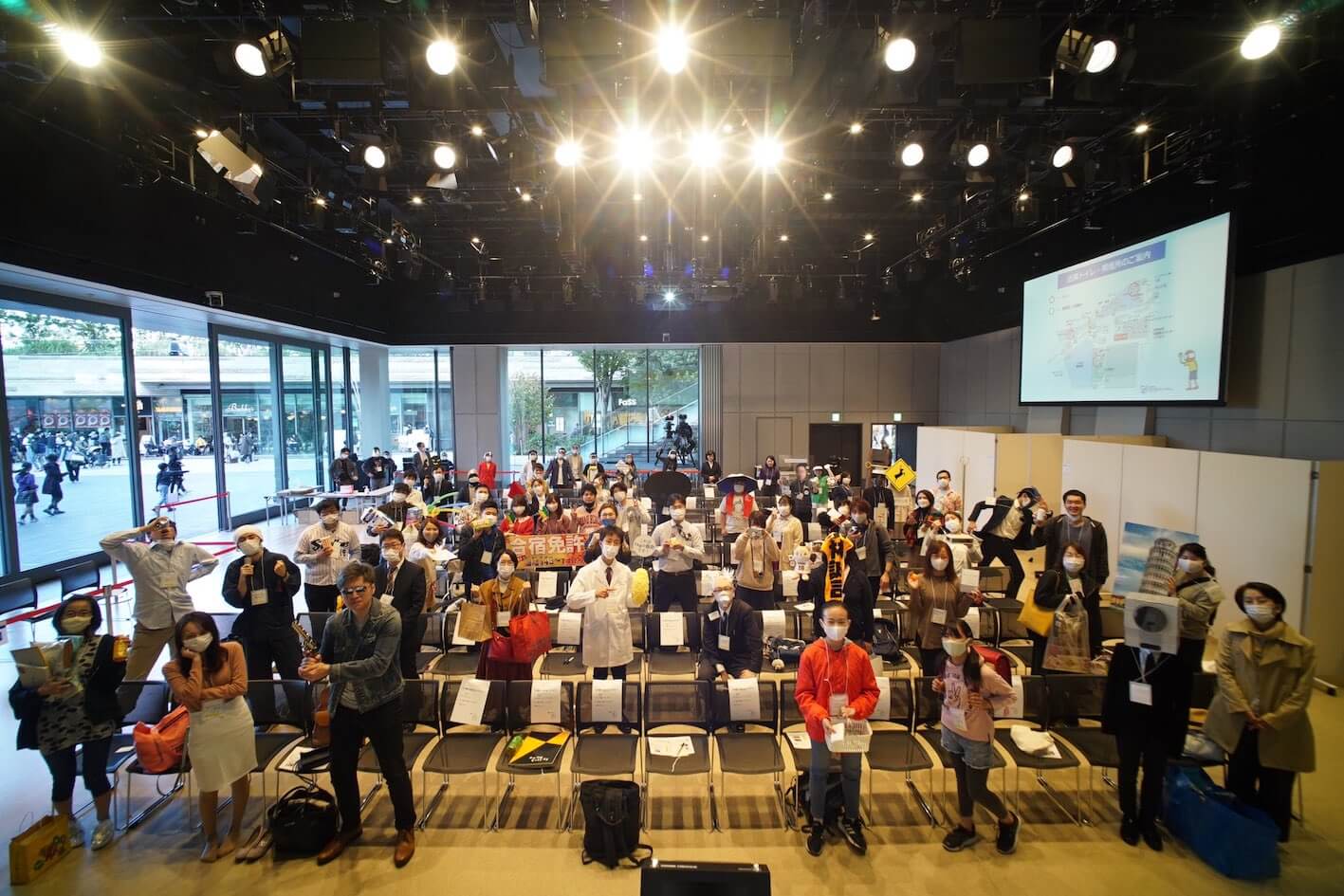 Due to COVID-19, the party this year saw significantly reduced participants separated into 3 sessions, with safety measures in place. But that didn’t put a damper on the mood and costumes were shared on Twitter using the hashtag “#地味ハロウィン”.

Here are some of the notable costumes from this year’s “Mundane Halloween”, including ones that would not have existed if not for COVID-19. 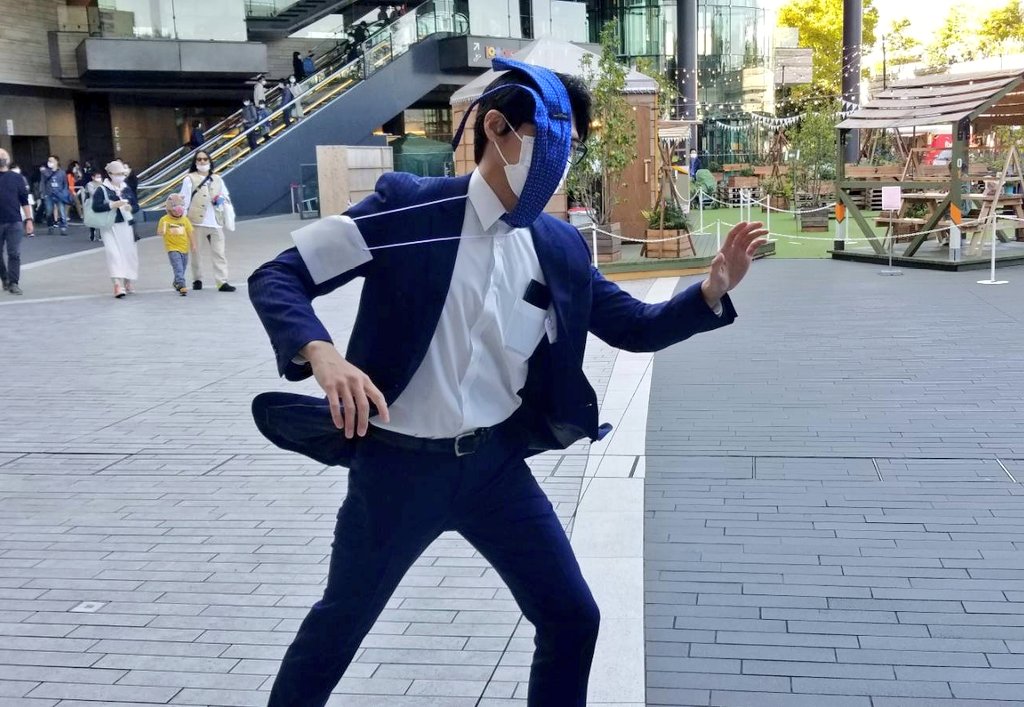 A person going to work on a windy day
Image credit: @ota_sho_34

User @ota_sho_34 dressed up as a person going to work on a windy day, with his tie stuck onto his face and blazer in disarray. According to him, this trick was achieved with the help of wires.

A participant of the Daily Portal Z party dressed up as the iPhone’s female emoji, nailing the look with her side-parted black hair and purple top. 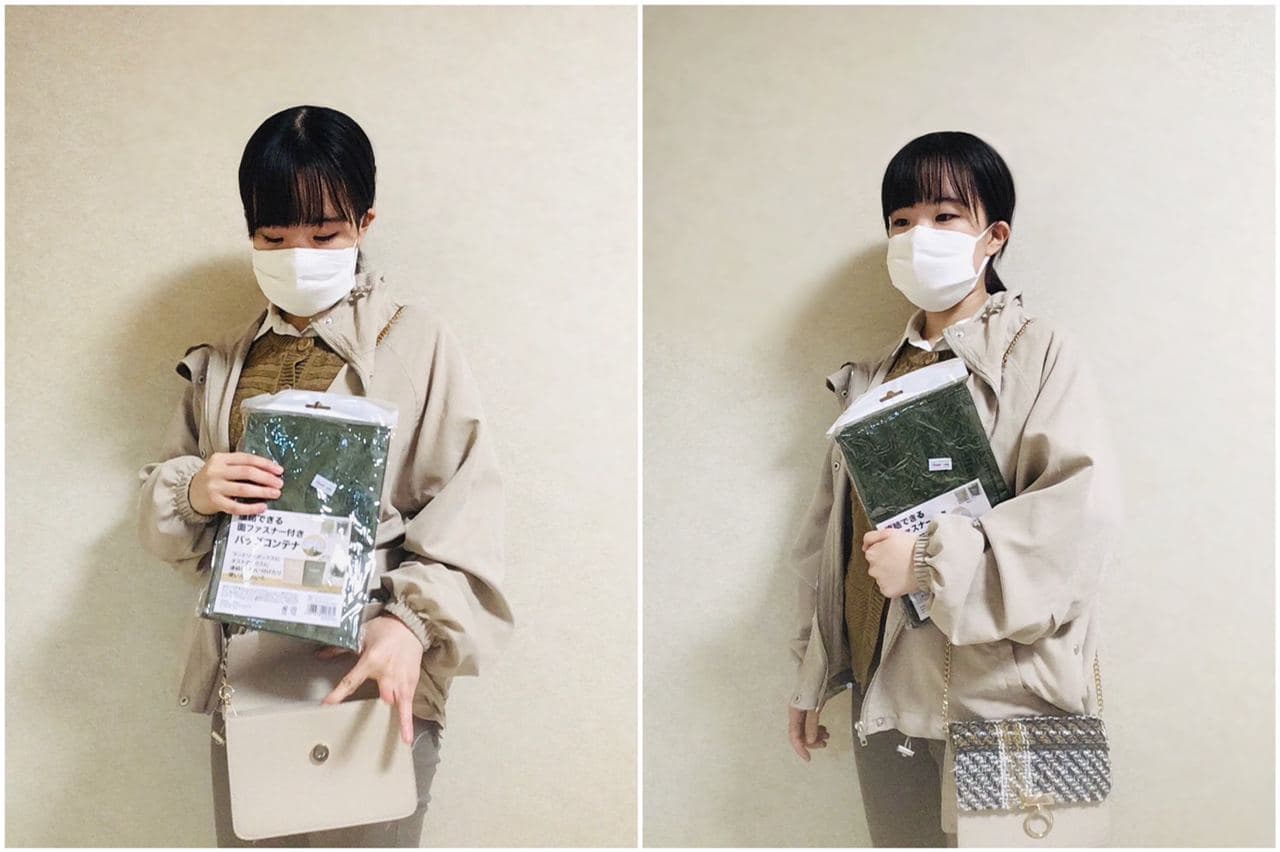 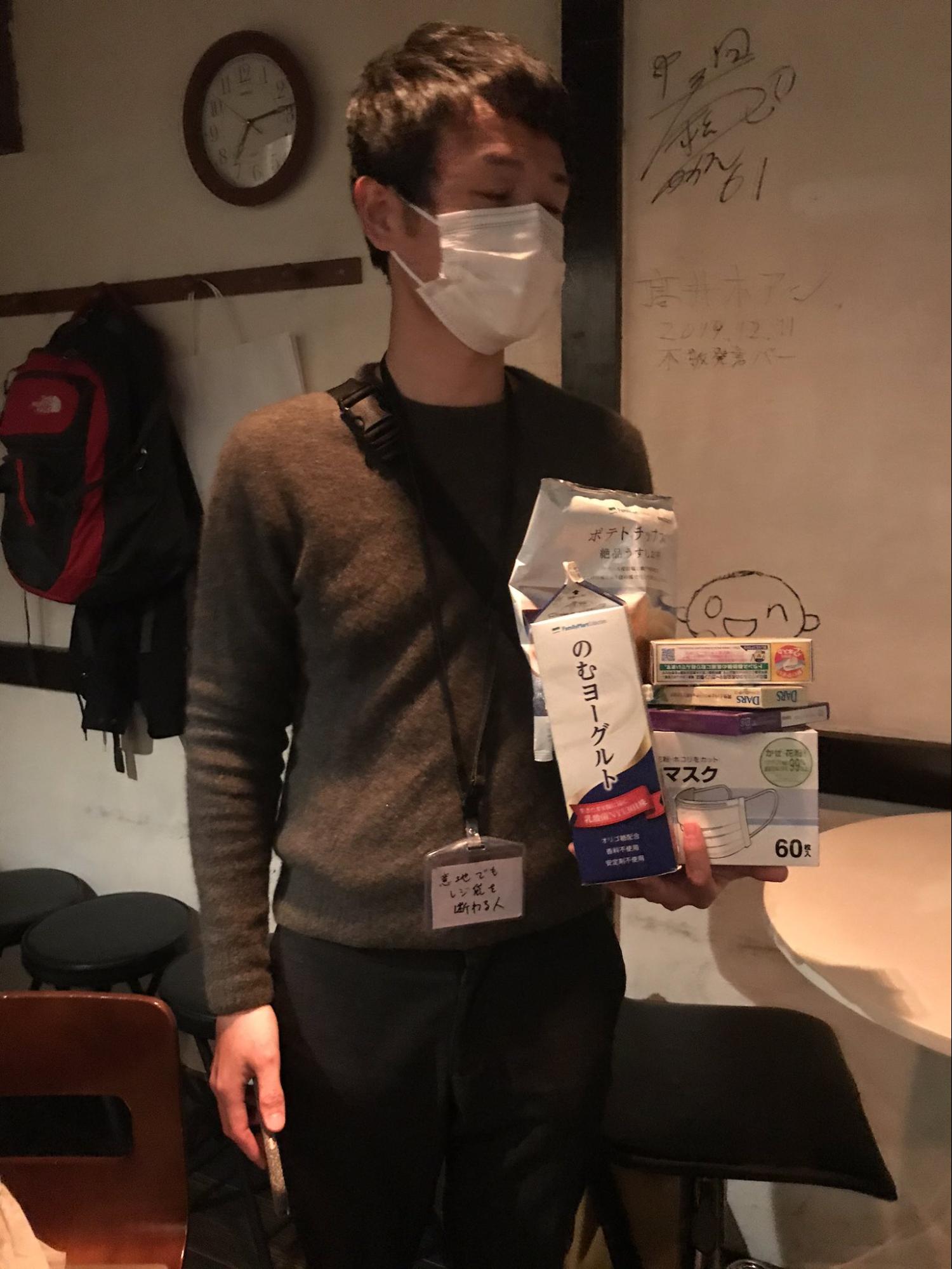 A person who refuses to take a plastic bag at all costs
Image credit: @yaritayayareba

In July 2020, Japan introduced a plastic bag charge in all retail stores to encourage patrons to bring their own bags and reduce the use of plastic. Some costumes this year were inspired by this plastic bag charge. A Uniqlo mannequin that started wearing a mask due to COVID-19
Image adapted from: @dailyportalz

Other costumes this year were inspired by occurrences that have become normal due to the pandemic. A participant of the Daily Portal Z party dressed up as a Uniqlo mannequin that started wearing a mask due to COVID-19. He even had a Uniqlo price tag attached to his jacket.

Those who have used virtual backgrounds on Zoom will relate to this costume. User @Purin_Hayasaka used makeup to create the effect of a virtual background glitch. She was inspired by @187gm’s tweet documenting the time Zoom mistook his face for the background. 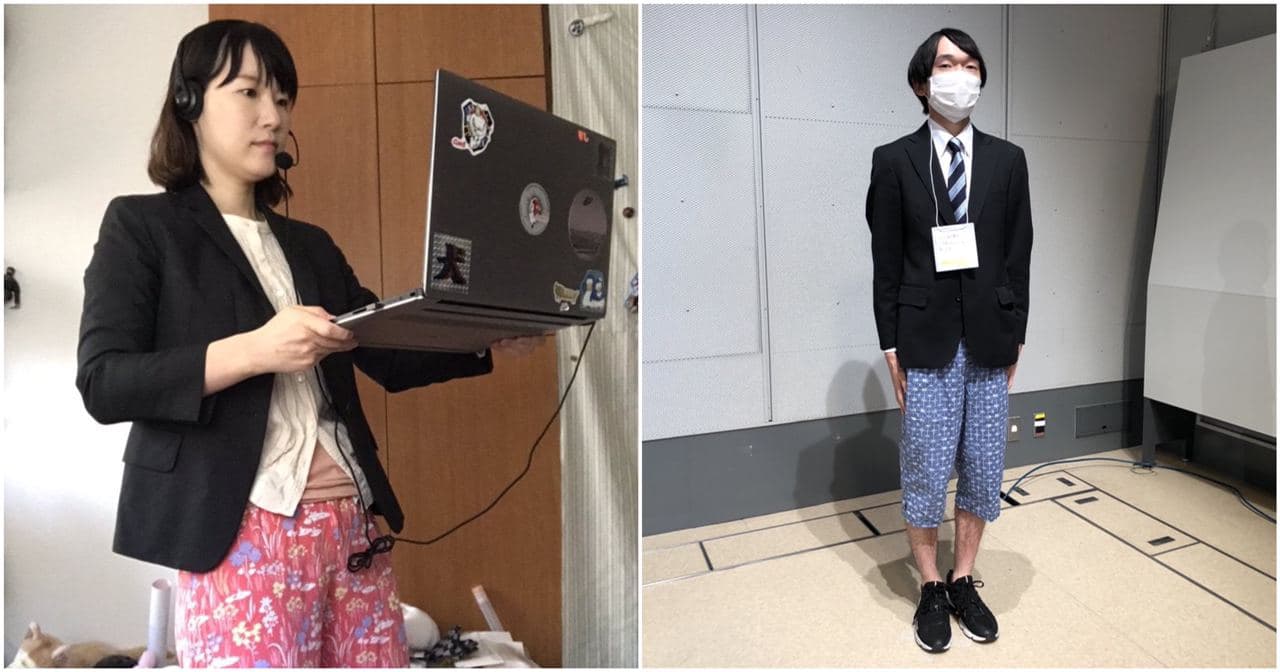 People who dress for web meetings or interviews with a presentable top and pyjamas
Image adapted from: @skrimk0218 and @dailyportalz

Both user @skrimk0218 and an attendee of the Daily Portal Z party showed off their work-from-home web meeting attire, with a presentable shirt and blazer on top and pyjamas. Those who have had web meetings and interviews during this pandemic can probably relate to the “business on top, party below” attire. 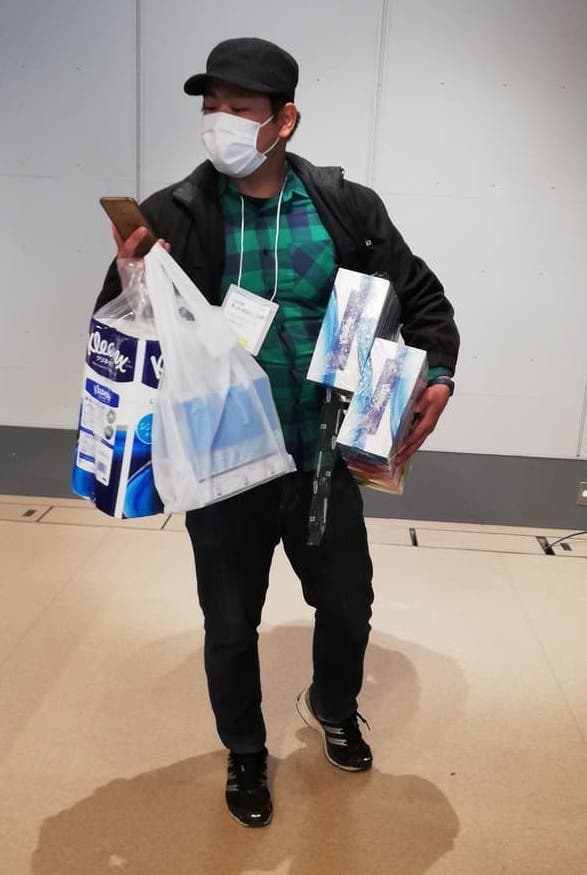 A person who hoards toilet paper and tissue paper because he heard that they are going out of stock
Image adapted from: @dailyportalz

A participant of the Daily Portal Z party appeared as a man buying way too much toilet paper and tissue paper because he heard that the stores were running out of them. This is a humorous take on the seemingly universal hoarding of toilet paper at the start of the pandemic.

Halloween costumes don’t always have to be over-the-top and fancy. These “mundane Halloween” costumes prove that the ordinary can be hilarious and relatable. If you’re a shy person who doesn’t like dressing up as characters, take inspiration from these ordinary everyday costumes and you’ll be set for your next costume party or Halloween 2021. 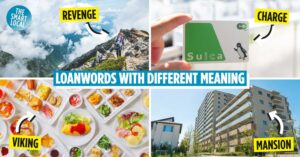 30 Japanese Loanwords That Mean Completely Different Things In Their Original Language
9 Japanese Sustainable Habits Locals Have Had For Centuries, From Repairing Pots With Gold To... 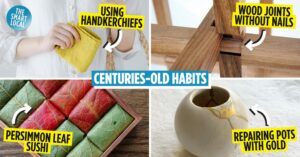