Comprising 2 sticks of equal length, chopsticks look deceptively easy to use. But for the untrained who grew up using forks and spoons, the ubiquitous eating utensil may not be the most intuitive to use, and it’s easy to commit chopsticks taboos without intending to.

Read on to find out some of the social gaffes you should avoid, including one that is reminiscent of a funeral ritual.

1. Passing food from one pair of chopsticks to another 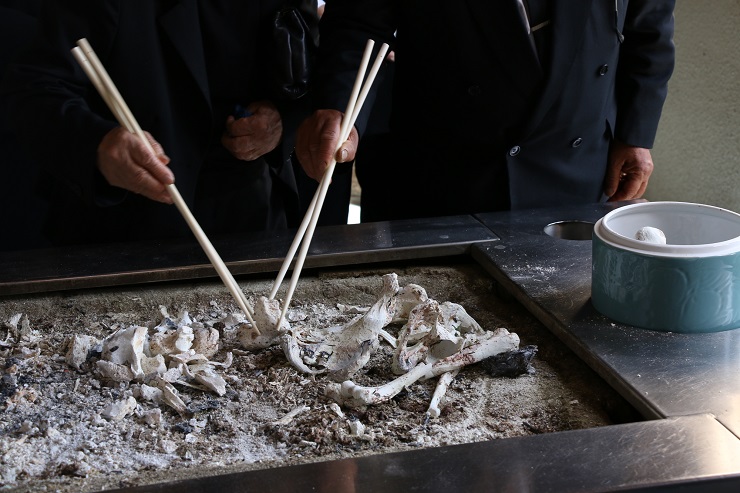 Possibly the worst faux pas you can commit, hashi watashi (箸渡し) refers to the act of passing food from one pair of chopsticks to another. Not only is it unhygienic, especially in this day and age, the act is also highly inappropriate as it is associated with funerals.

After the cremation process, bones of the deceased are picked up with chopsticks, passed through several people, and finally into the urn. As “chopsticks” (箸; hashi) is a homonym of “bridge” (橋; hashi), the ritual symbolises a bridge for the deceased to cross over to reach the afterlife.

2. Playing with your chopsticks 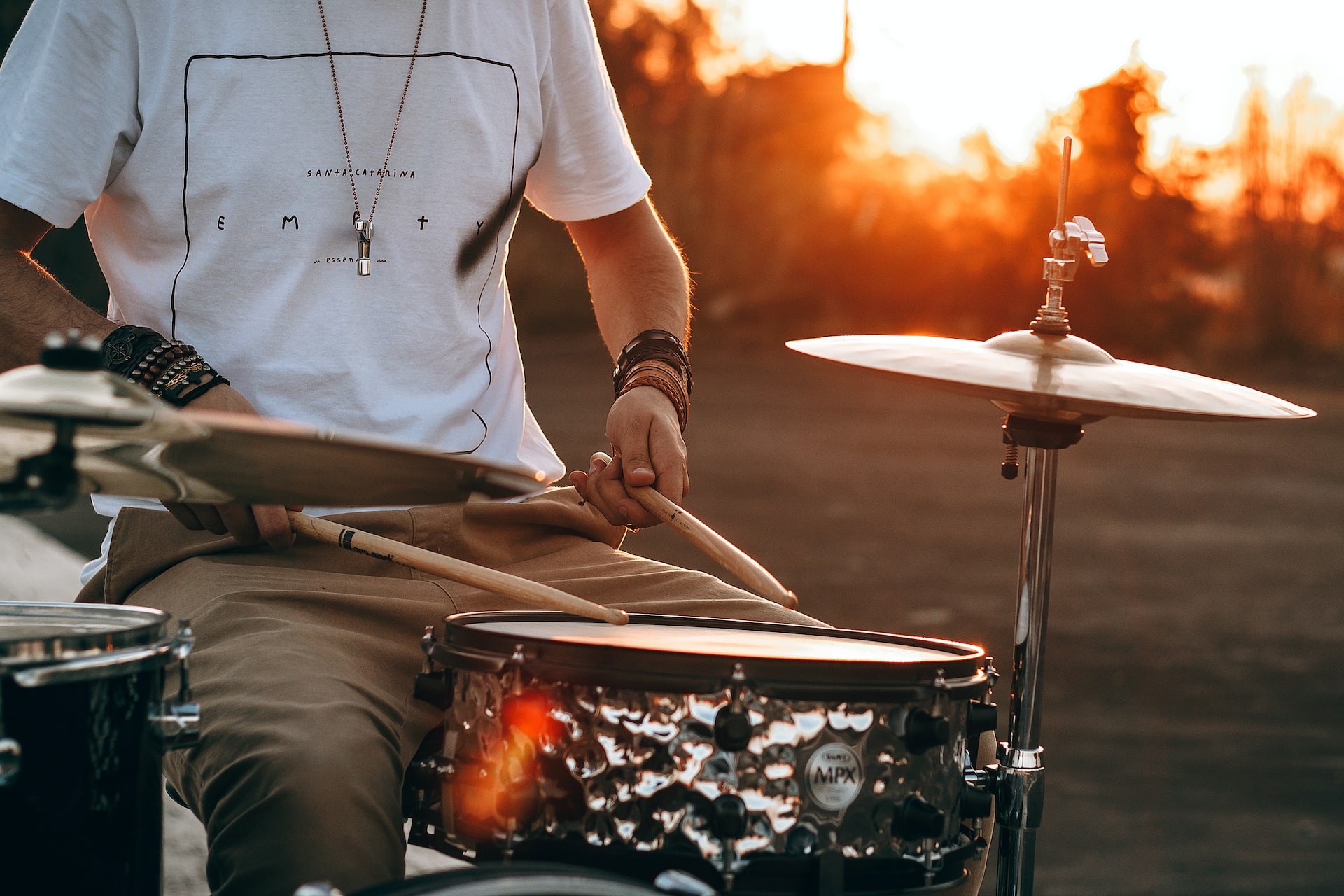 Tataki bashi (叩き箸), or beating your tableware with chopsticks like you’re drumming, is considered bad manners. Not only will it potentially damage your plates and bowls, but the clanking chopsticks are also a source of annoyance for other people present in the same space.

3. Pointing your chopsticks at someone

Pointing at someone with your finger is already considered impolite in Japanese culture, let alone doing so with cutleries. Never point your chopsticks at another person at the table, or at items and dishes. The act, also known as sashi bashi (指し箸), is rude and will not doubt leave a negative impression.

4. Placing chopsticks perpendicular to you 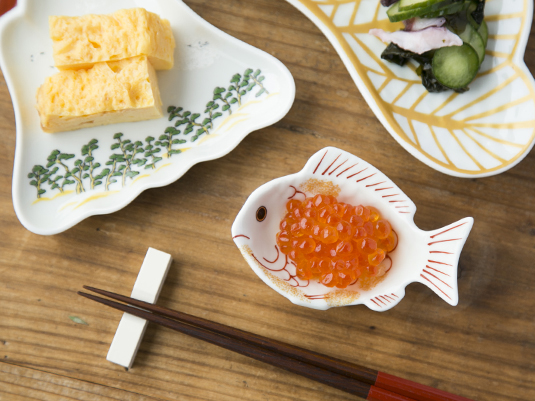 In a similar vein, avoid setting your chopsticks down pointed at someone else at the table. Instead, place them parallel to you. As chopsticks are slim and pointed, they are considered slightly hazardous in Japan. Directing the sharp end at someone is thus regarded as impolite.

Another more profound reason is because food is considered a sacred gift bestowed upon us by nature and the gods. Having your pair of chopsticks lie horizontally between you and your food signals a demarcation between the world of gods and humans. 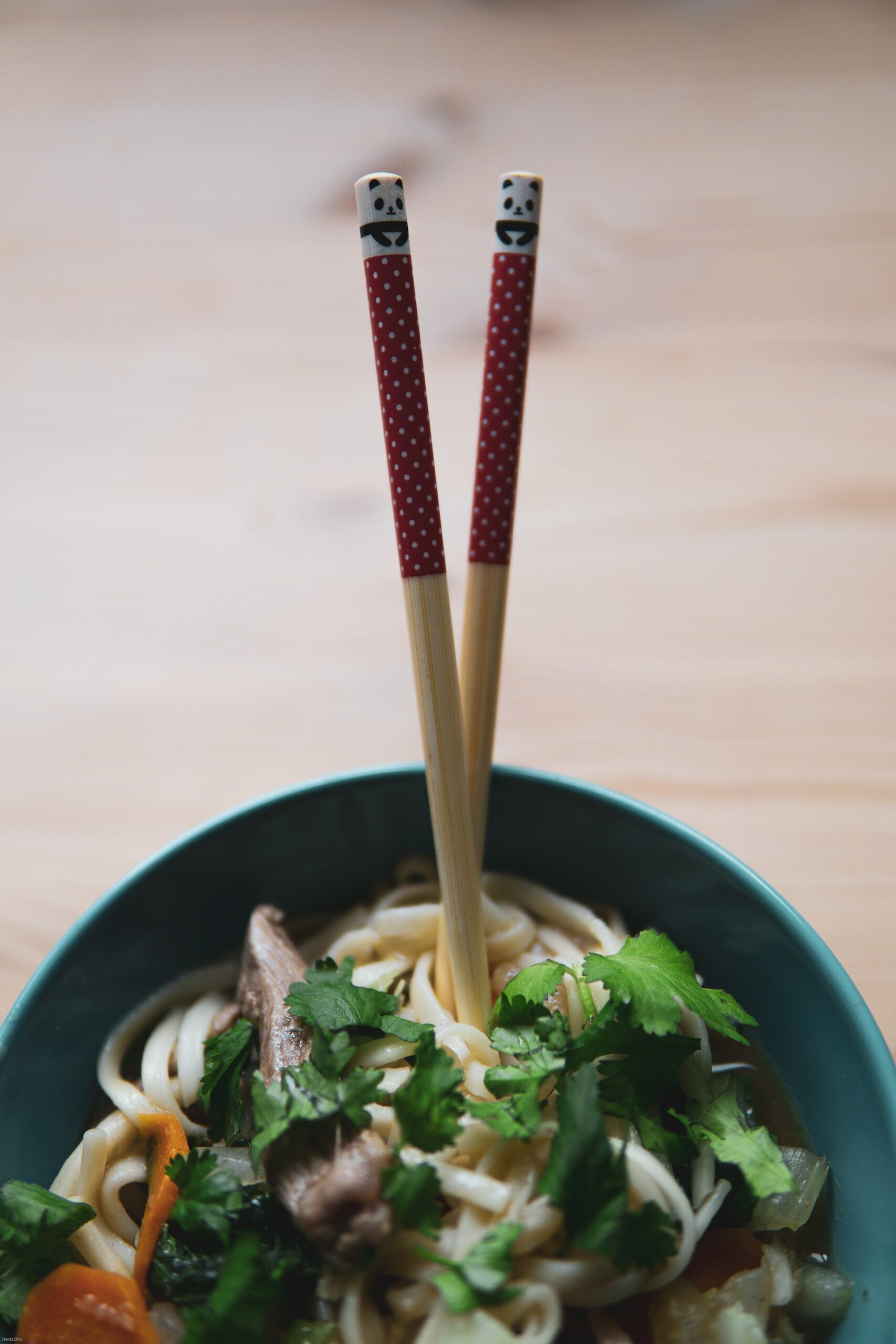 If you have a steaming bowl of rice, don’t be tempted to stick your chopsticks into them, as the act tate bashi (立て箸) is associated with an old religious practice. In Buddhism, bowls of rice with chopsticks poking up vertically are usually prepared for the deceased as offerings. 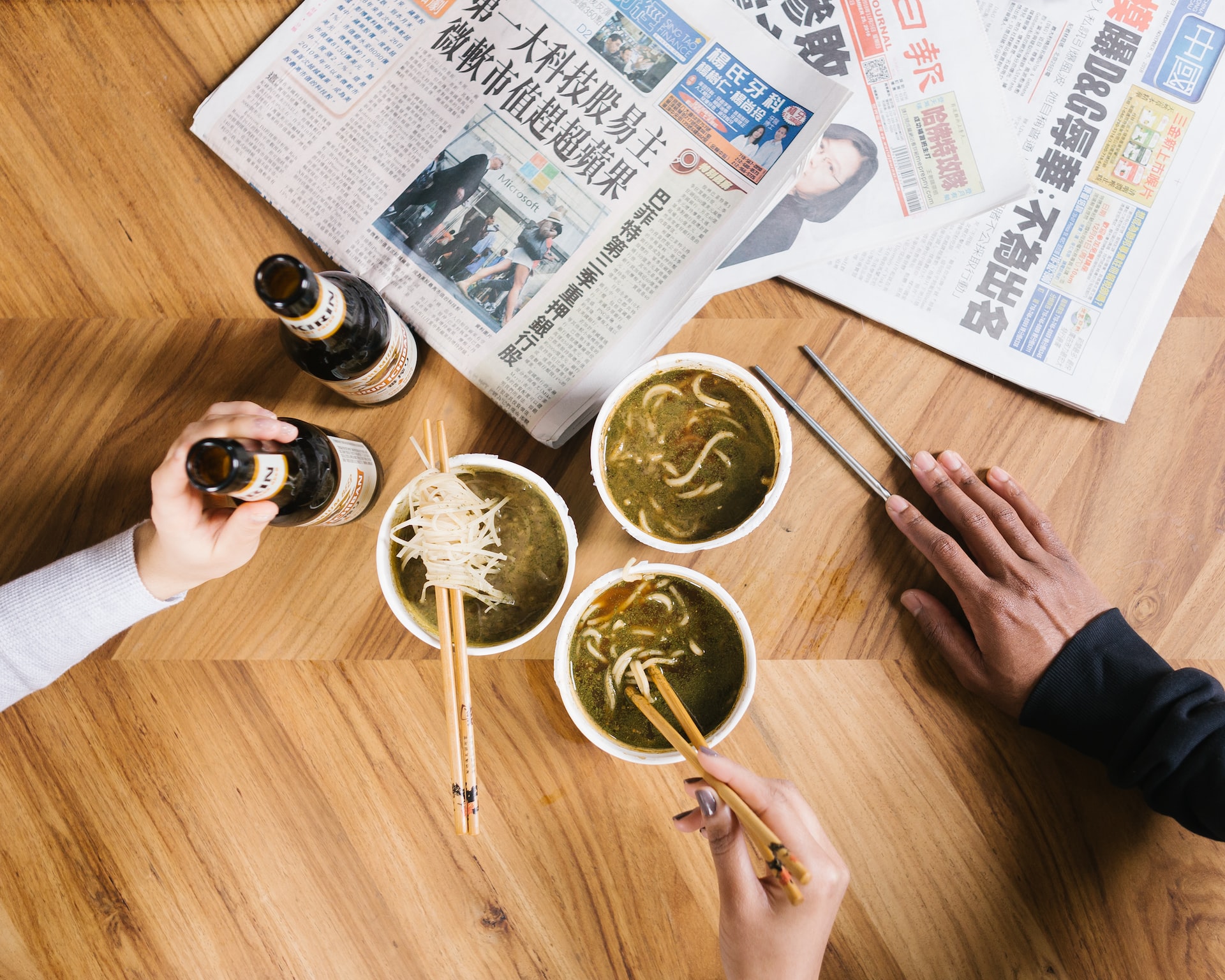 Japanese food often comes with a few side dishes or palate cleansers such as preserved vegetables, so you may be served with an array of plates of varied sizes. Whatever you do, be sure not to use your chopsticks to pull and drag dishes across the table to bring it closer to you as it is extremely bad manners. 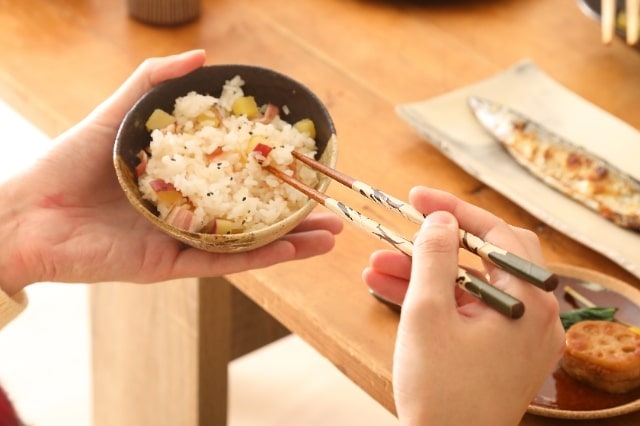 We all have our preferences when it comes to food, but using your chopsticks to deliberately pick out your favourite component of the dish is frowned upon. This act is called saguri bashi (探り箸), which literally translates to “searching chopsticks”. 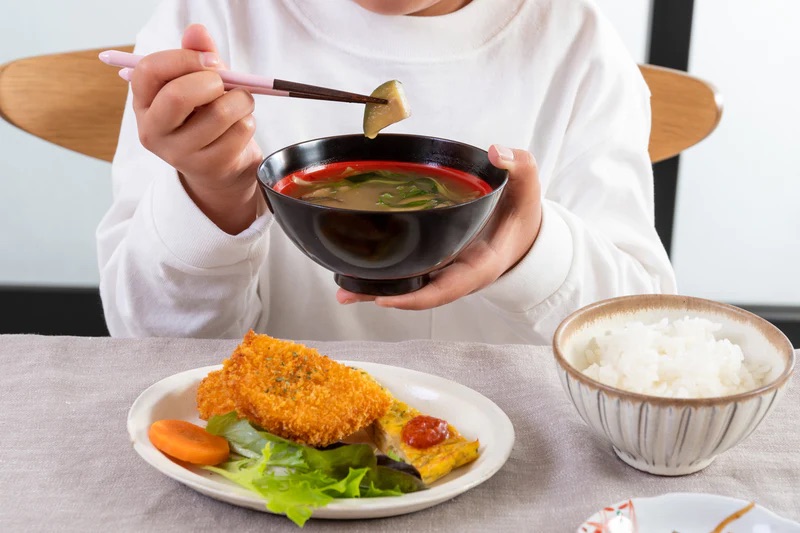 Namida bashi (涙箸), or tearing chopsticks, refers to having sauce or soup drip from the tip of your chopsticks. Not only is it a pain to clean up afterwards, but there’s also nothing more unappetising than dining with a messy eater, so don’t be that person everyone side-eyes. 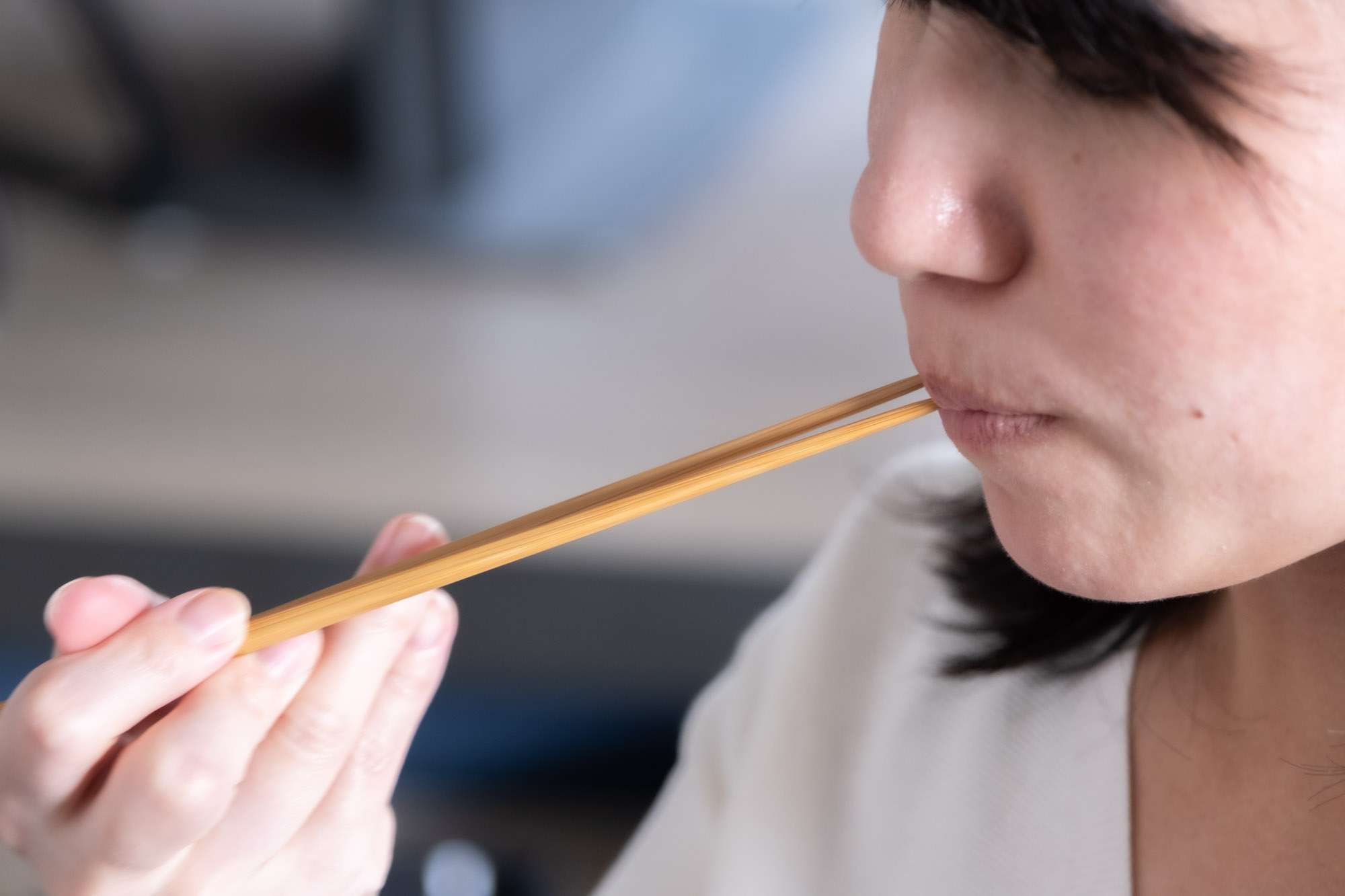 While it’s more unsightly rather than being  a complete social taboo, neburi bashi (ねぶり箸) refers to the impolite act of licking your chopsticks. This can mean sticking your tongue out to get that grain of rice that’s stuck at an awkward spot, or licking sauce off the side of your chopsticks. Whichever the case, it can be considered an eyesore by many, so it’s best to avoid doing it.

10. Stabbing food with your chopsticks 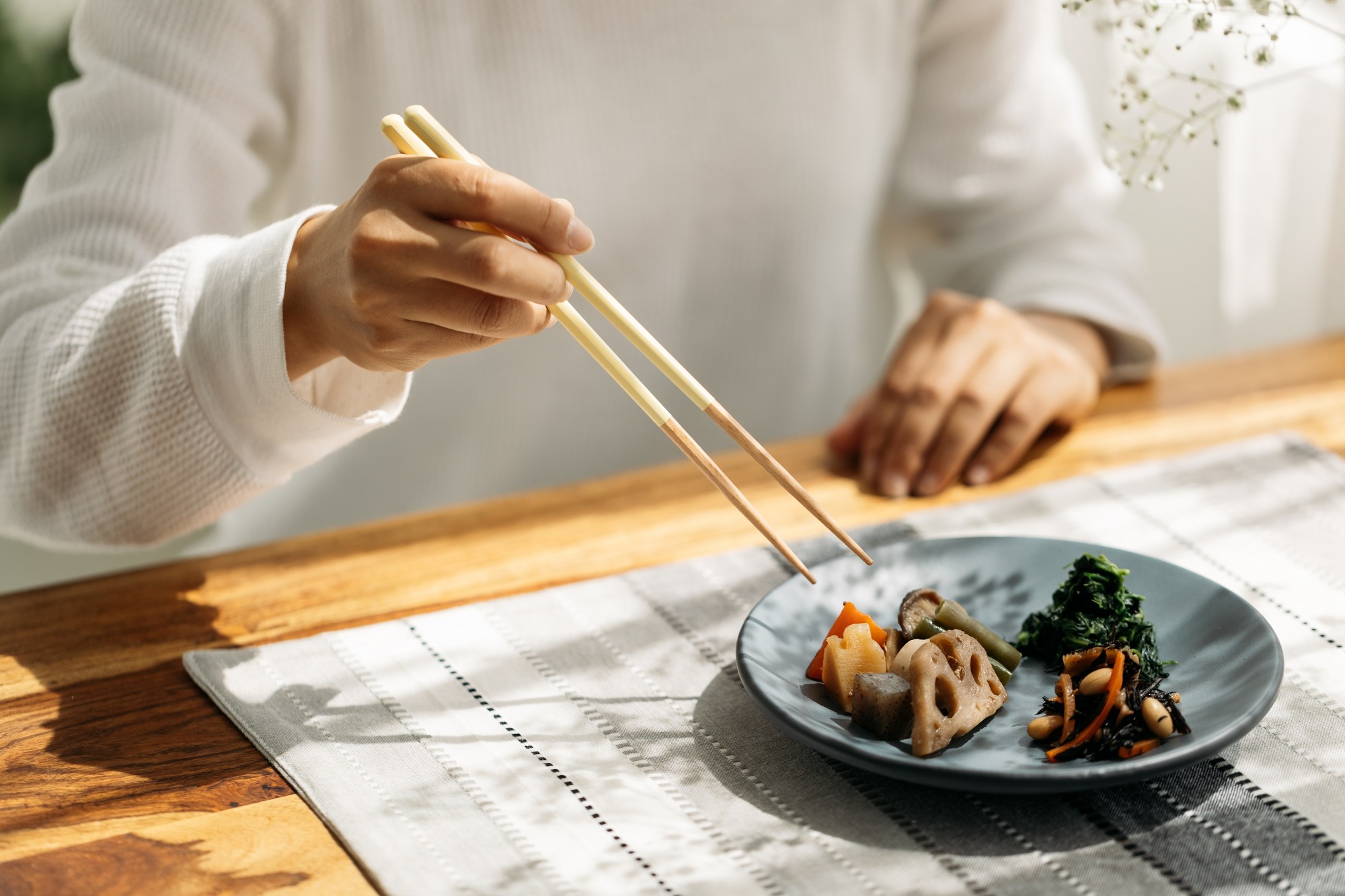 Dining with a pair of chopsticks can seem like a difficult task, especially if you’re used to forks and spoons. The task seems even more unsurmountable when you’re served dishes that are impossible to pick up.

But don’t be tempted to go around stabbing food, otherwise known as sashi bashi (刺し箸), to bring it to your mouth – it is considered extremely bad table manners.

Chopsticks taboos you need to know

Now that you have these dos and don’ts down pat, it’s time to level up your chopstick etiquette and dine with your refined chopsticks table manners. Remember these chopsticks taboo and you’ll have no problem eating your way through Japan. 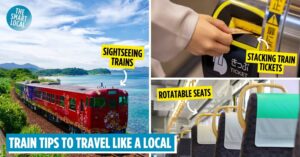 Trains In Japan: 9 Things To Know To Travel Like A Local
Tokyo Revengers Season 2 Releases New Trailer, Advance Screening Session To Be Held In December 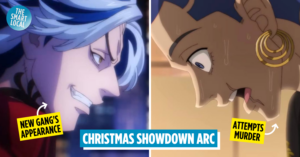