ASP members and their debut album

3 days later, the members of ASP did a partial face reveal – of their eyes.

It was only on 9th April 2021 when the upper half of the members’ faces were shown to the public. On the same day, they released 2 songs from their debut album – BE MY FRiEND and Haikei Rokku Suta-sama – on the group’s SoundCloud account.

Unlike their questionable group name, ASP’s music does not seem to mandate the use of headphones when listening to them in the company of others – at least for now.

The quartet remains shrouded in mystery, but we can look to their individual Twitter handles for clues to their identity. Through their Twitter profiles, we learn that the 4 members are Namaenai, Mog Ryan, Yumeka Naukana?, and Nayu.

WACK, a company for alternative idols

Groups like ASP are known as “alternative idols” – artistes who rebel against the cutesy and innocent image of traditional Japanese idols. The notorious Brand-new idol Society (BiS) – a group that debuted in 2010 – popularised this concept. Instead of maintaining an innocent and vibrant image, BiS posed for nude magazine shoots and created music videos featuring gore.

Following BiS’ disbandment, the group’s manager, Junnosuke Watanabe, founded WACK in 2014. The music company focuses on developing alternative idols and has since debuted a slew of artists, such as GANG PARADE and Brand-new idol SHiT (BiSH). ASP is WACK’s newest addition to the family.

Nothing about WACK and their artistes is conventional. Their 2020 concert was titled WACK FUCKiN’PARTY and their artistes have songs with titles that would make your grandma clutch her pearls. Gems include titles such as WACK is Fxxk and WACK is SHiT.

Consider spicing up your playlist with ASP’s upcoming songs and keep up with the group through their official Twitter account here. To learn more about WACK’s other artists, you can check out their YouTube channel. Goryokaku Park: A Star-Shaped Park With Sakura Trees That Was A Fort During The Battle of Hakodate
Pampshade Bread Lamp Is So Realistic That It’s The Best Thing Since Sliced Bread 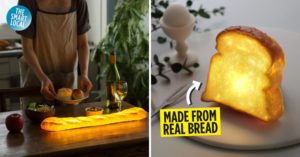