The Tokyo Revengers live-action movie will be released internationally on 21st October! For those who are intrigued by the show’s popularity, here are 21 Tokyo Revengers facts you must know before watching the movie.

The story of Tokyo Revengers revolves around Hanagaki Takemichi and the various incidents that take place within the Tokyo Manji Gang. Upon finding out that his middle school girlfriend got killed because of the gang’s activities, Takemichi travels back in time to try to save her life by joining the Tokyo Manji Gang.

1. Can travel through time 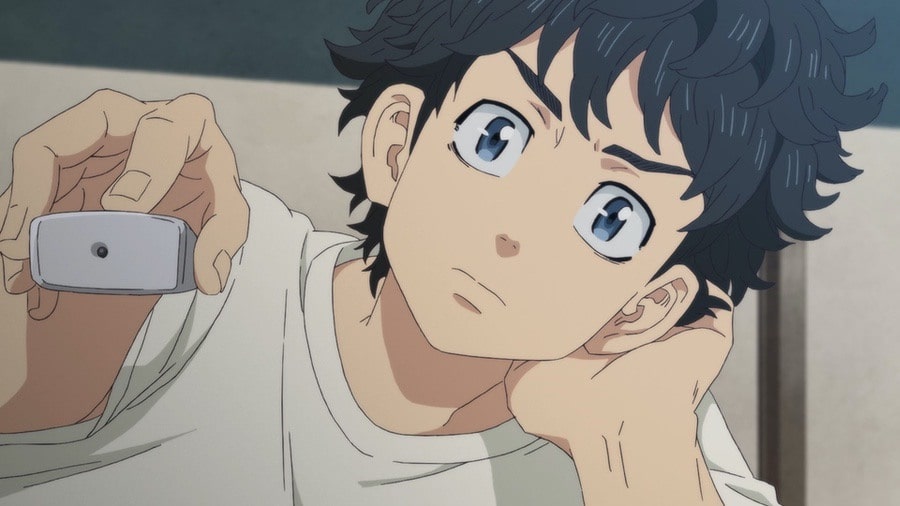 Takemichi has the ability to leap through time. However, he can only activate this ability by holding hands with certain individuals. This means that he cannot time travel freely and independently. 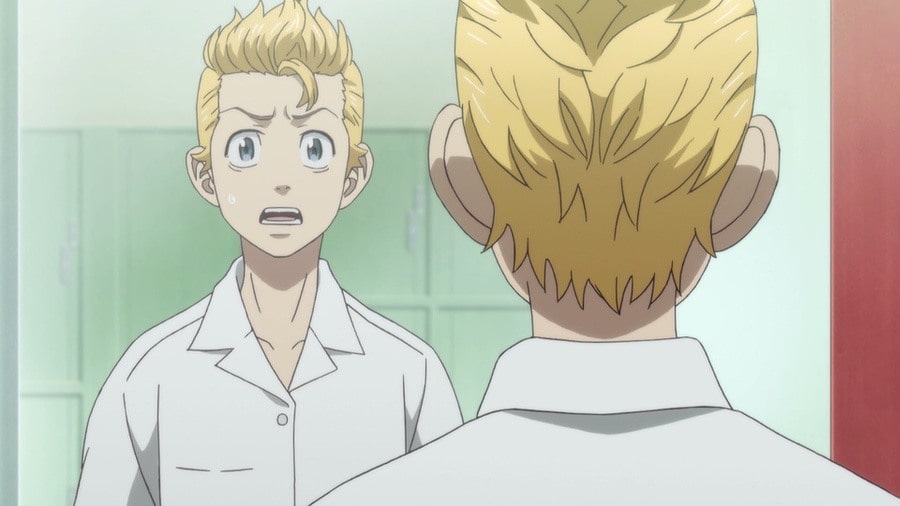 Moreover, his ability activates as long as the conditions are met, even if he’s unwilling to time travel. This was shown in an episode where Takemichi accidentally time travels back to the present, even though he wasn’t trying to.

2. Is tough as nails 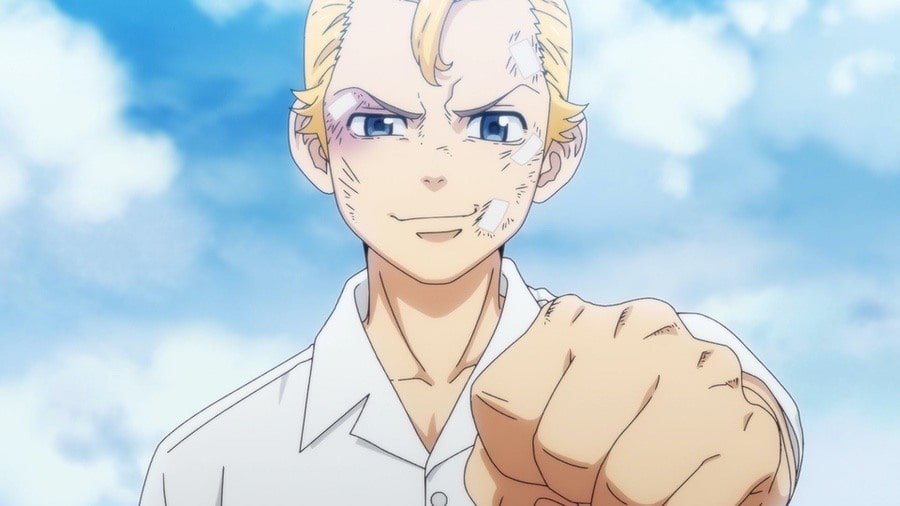 Takemichi is tough not just physically, but also mentally. Throughout the series, he is able to withstand punches and kicks without losing consciousness, especially when he has to protect somebody else.

Moreover, despite all the pain he has experienced in seeing his loved ones die or get injured, he continues to use his time-travelling ability to try to save them over and over.

3. Is excellent at puzzle-solving 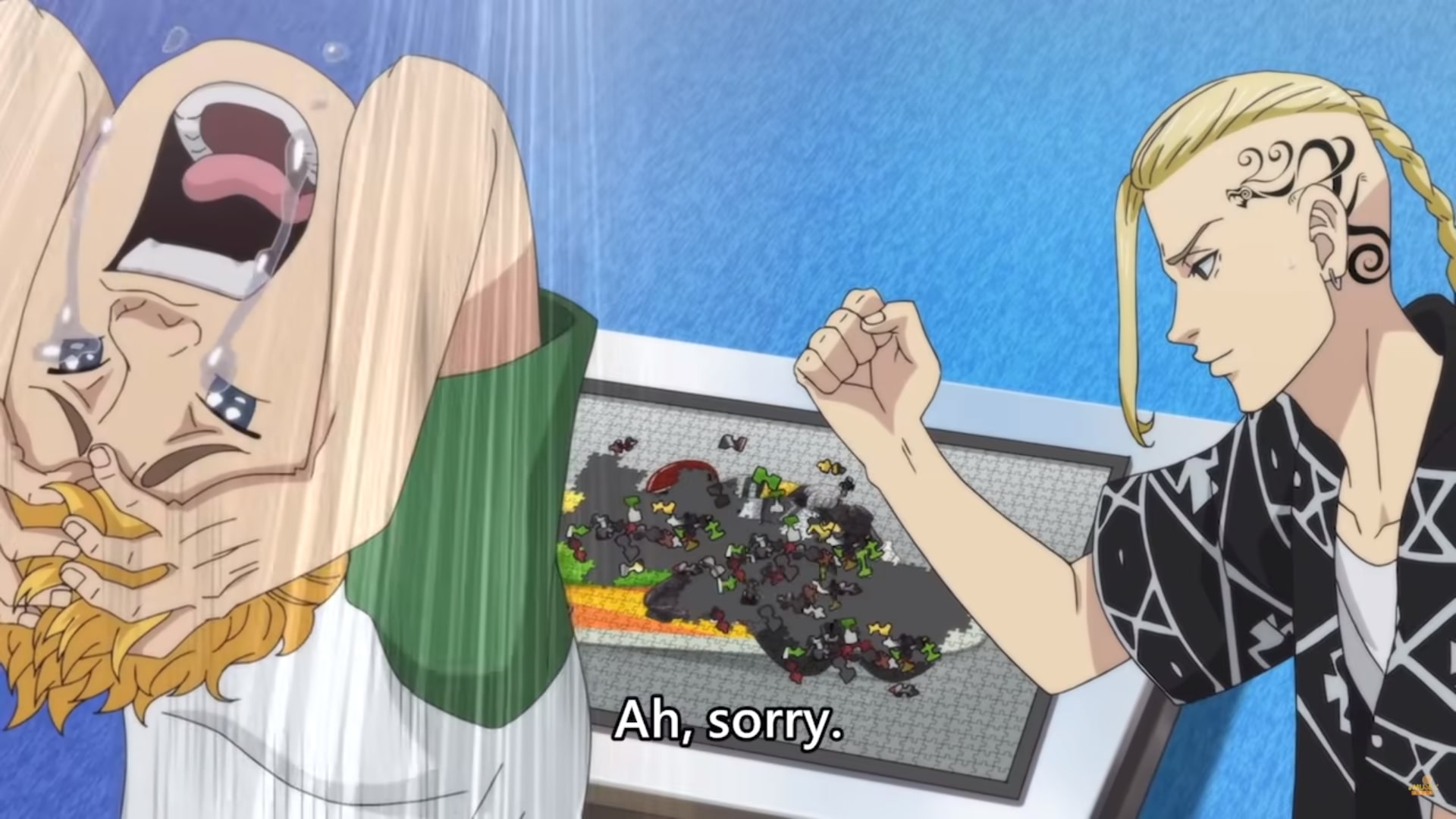 Takemichi has excellent puzzle-solving skills. This was shown in an episode where he spent three days putting together a meticulous puzzle picture as he had nothing to do, only to have it ruined by his friends when they came over to visit him.

4. Has feelings for Tachibana Hinata 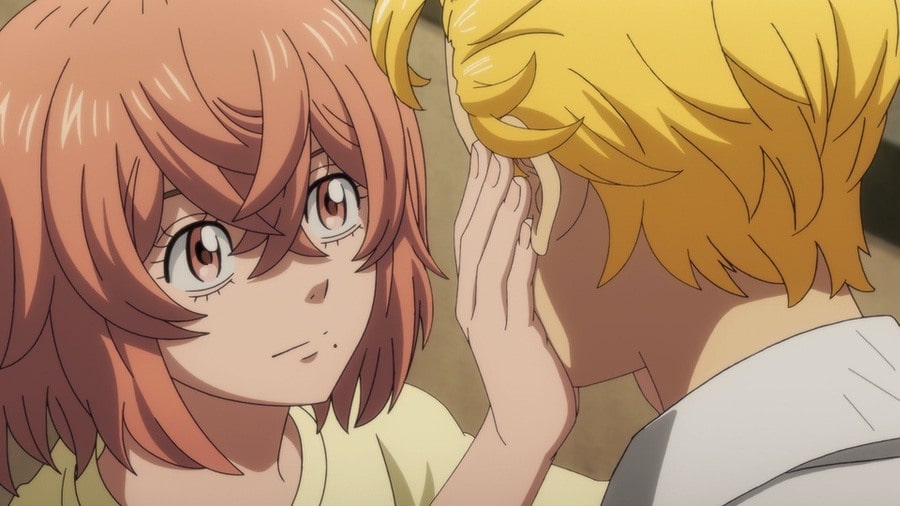 Takemichi had his first and only girlfriend, Tachibana Hinata, in middle school. in the present, her death pushes Takemichi to use his time-travelling ability to alter the past, in hopes of saving her life.

5. Is played by Kitamura Takumi in the live-action movie

Takumi Kitamura is a 23-year-old actor well known for his role in the film Let Me Eat Your Pancreas, which won him the Newcomer of the Year award at the 41st Japan Academy Film Prize.

1. Gave himself a nickname for the sake of his half-sister 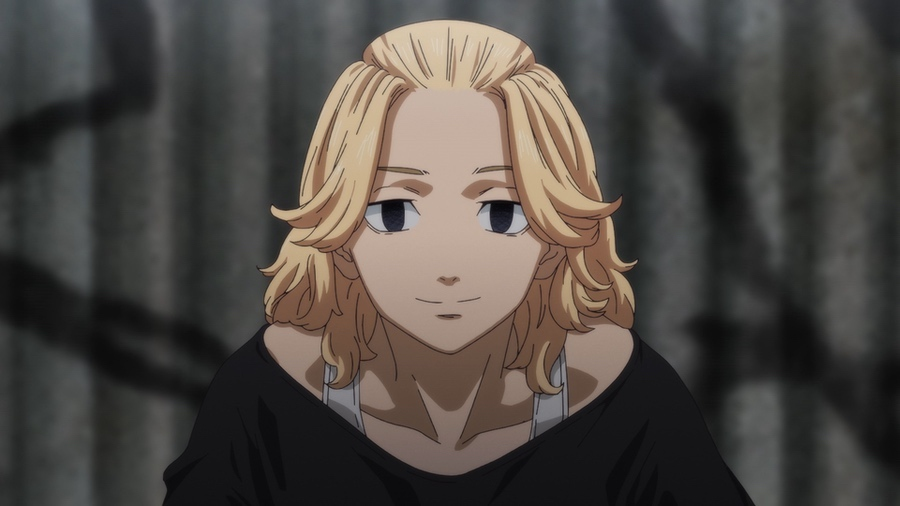 Manjirou is the leader of the Tokyo Manji Gang. He gave himself the nickname “Mickey” so that his half-sister – who he thought was a foreigner – would have an easier time pronouncing it. Both allies and enemies alike address him by this name throughout the series. 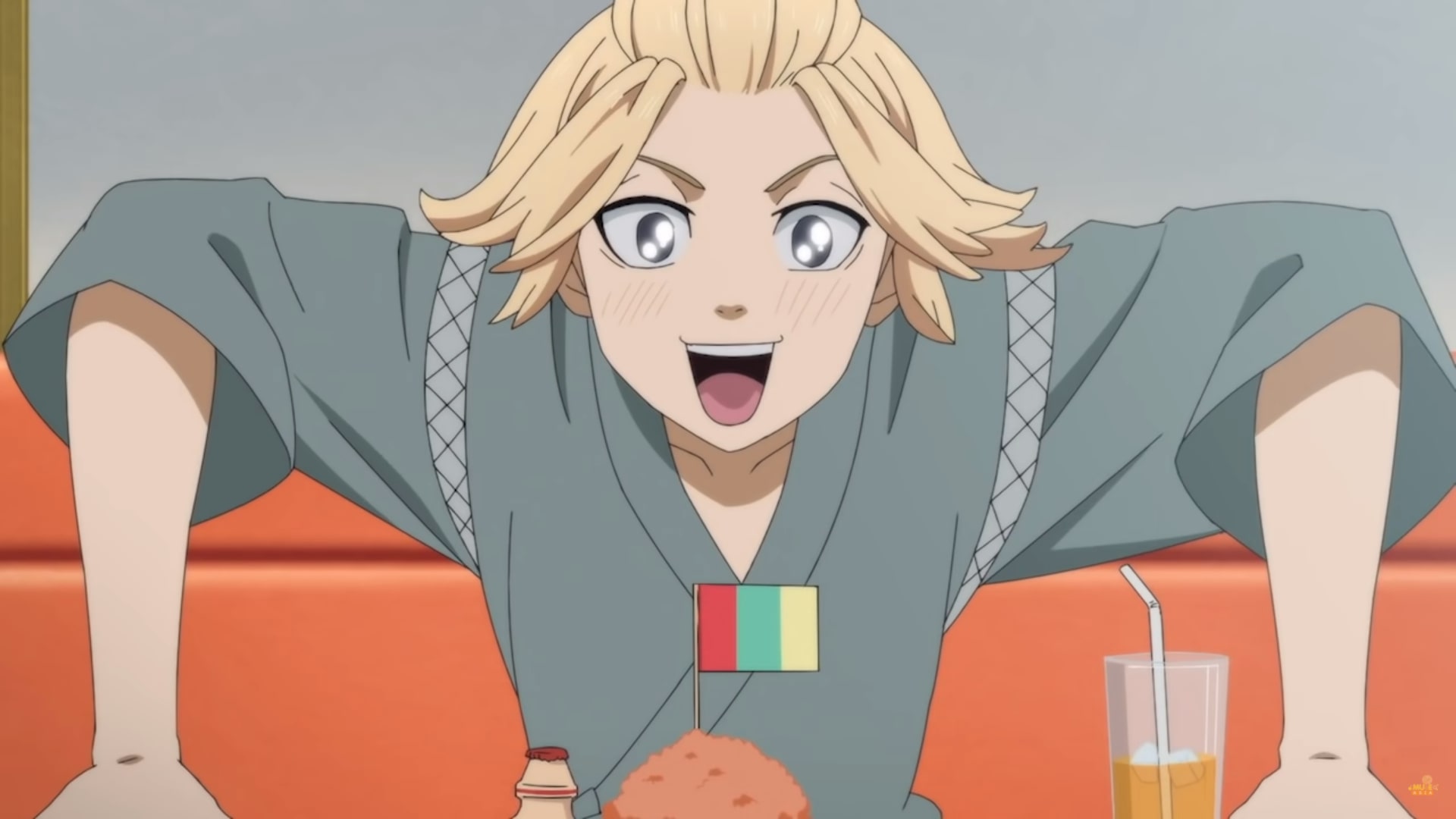 Mickey’s favourite food are dorayaki, omurice, and taiyaki. His taste for these dishes reflect his childish personality as they’re often enjoyed by kids. He also enjoys eating kids’ meals at restaurants because the flag that comes with it excites him.

3. Is exceptionally adept at fighting 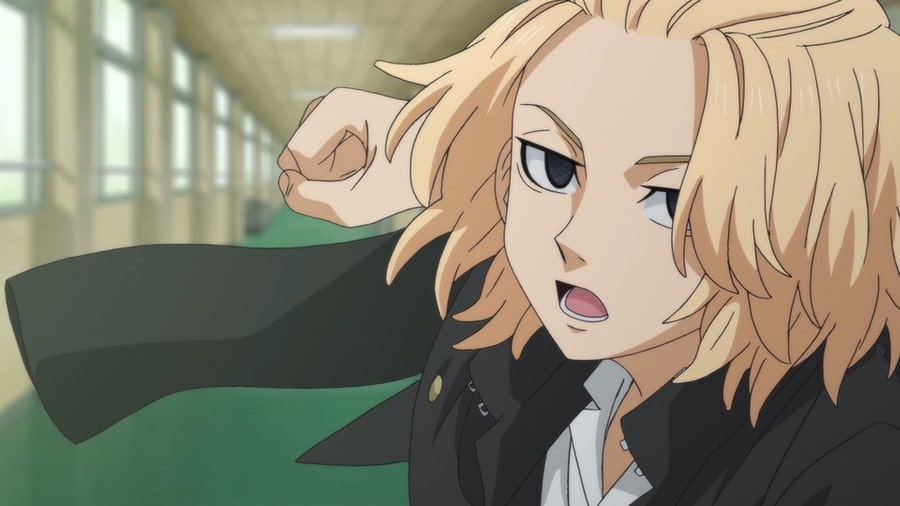 Mickey is the strongest fighter in the Tokyo Manji Gang, with both allies and enemies alike calling him “The Invincible Mikey”. When Mikey was younger, he used to practice martial arts with his grandfather. He has been known to knock out his opponent with just a single roundhouse kick.

4. Has a darker side to his personality 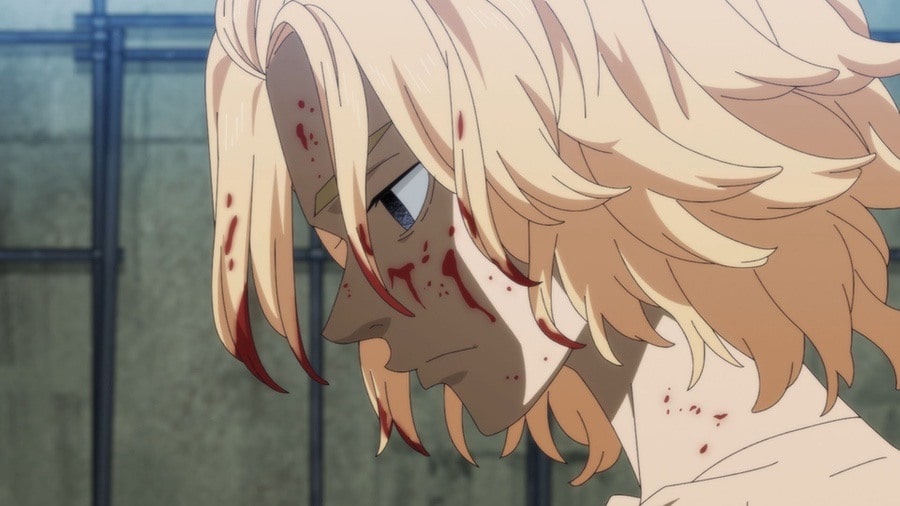 Even though Mickey is often seen as a cheerful and charismatic character, he has another darker underlying personality. This darker side of him takes over whenever he loses someone close to him. You know, typical shounen anime things.

5. Is played by Yoshizawa Ryo in the live-action movie

Ryo Yoshizawa is a 27-year-old actor known for his role as Okita Sougo in the Gintama live-action films. Kamen Rider fans will also recognise him from his role as Ryusei Sakuta – the user of Kamen Rider Meteor – in the Kamen Rider Fourze series.

1. Kindest delinquent in the gang 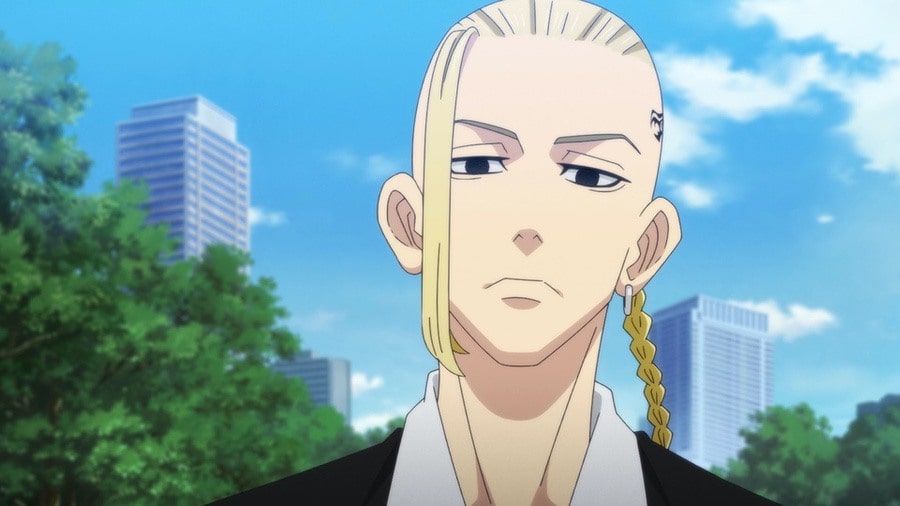 Ryuuguuji Ken, or Draken, is the sub-leader of the Tokyo Manji Gang. Even though he looks intimidating at first glance, he is regarded as the kindest delinquent with a strong moral compass.

2. Grew up in the red light district 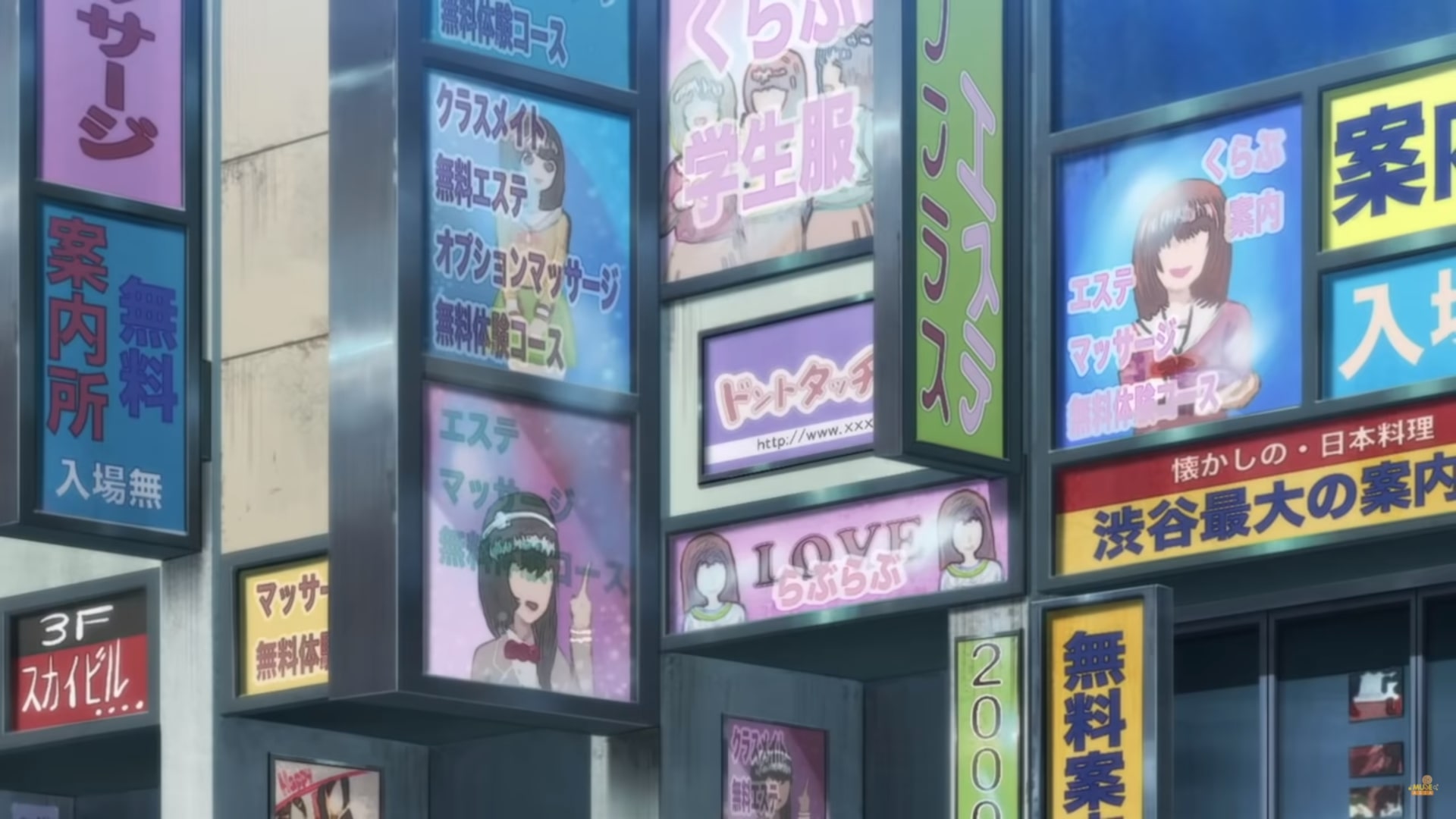 Being Mickey’s closest friend, Draken often has to step in to ensure that Mickey doesn’t stray from the right path or do anything rash. This was shown in a hospital scene where Draken had to teach Mickey what it means to take responsibility for his actions even if it meant hurting his own ego.

4. Has feelings for Sano Emma 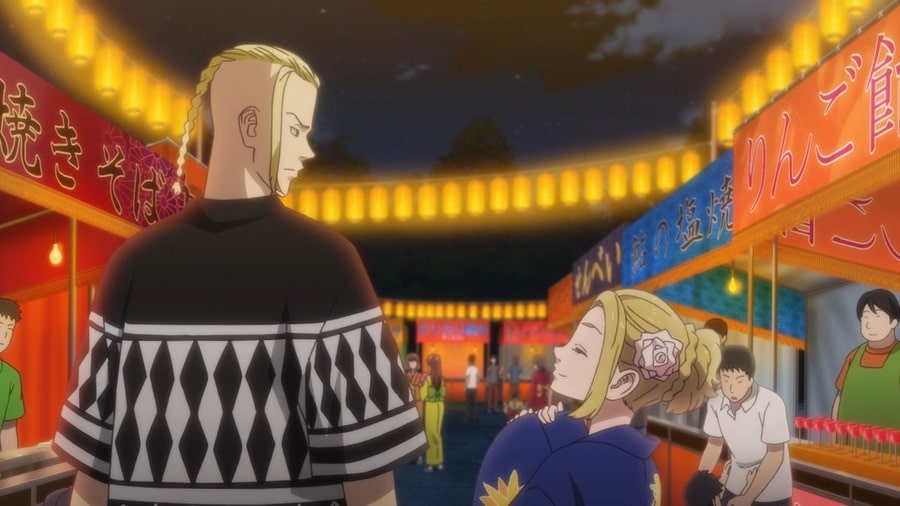 Even though Draken seems disinterested in romance, he has feelings for Sano Emma, Mickey’s half-sister. This was revealed later in the series when Draken gave Emma a birthday gift that she had longed for.

5. Played by Yamada Yuki in the live-action movie

Yuki Yamada is a 30-year-old actor known for his role as Joe Gibken, the Gokai Blue in the Super Sentai series Kaizoku Sentai Gokaiger. He also played the role of Fujiyoshi Koji in the live-action adaptation of Great Teacher Onizuka in 2012. 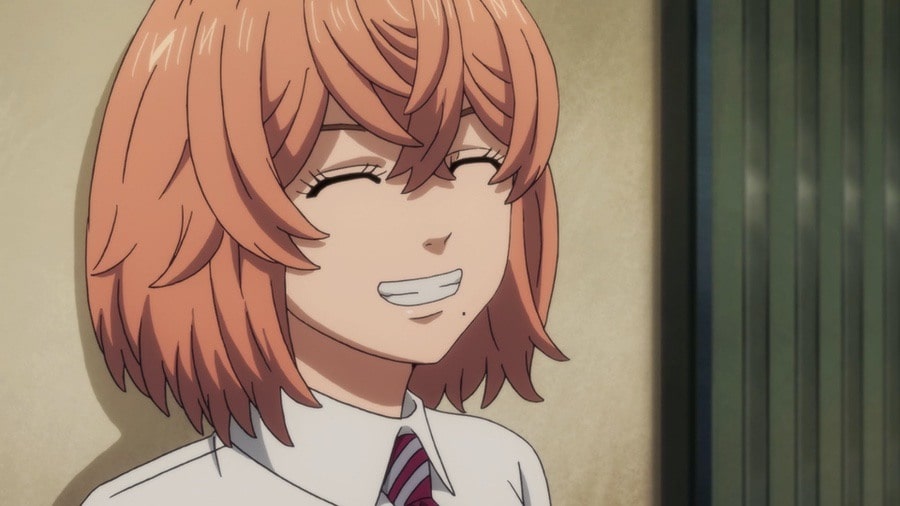 Hinata was Takemichi’s girlfriend when they were both in middle school. However, both of them went their separate ways after graduation. Hinata was then killed in an accident related to Tokyo Manji Gang’s illegal activities in the present day.

2. Is strong-willed and determined 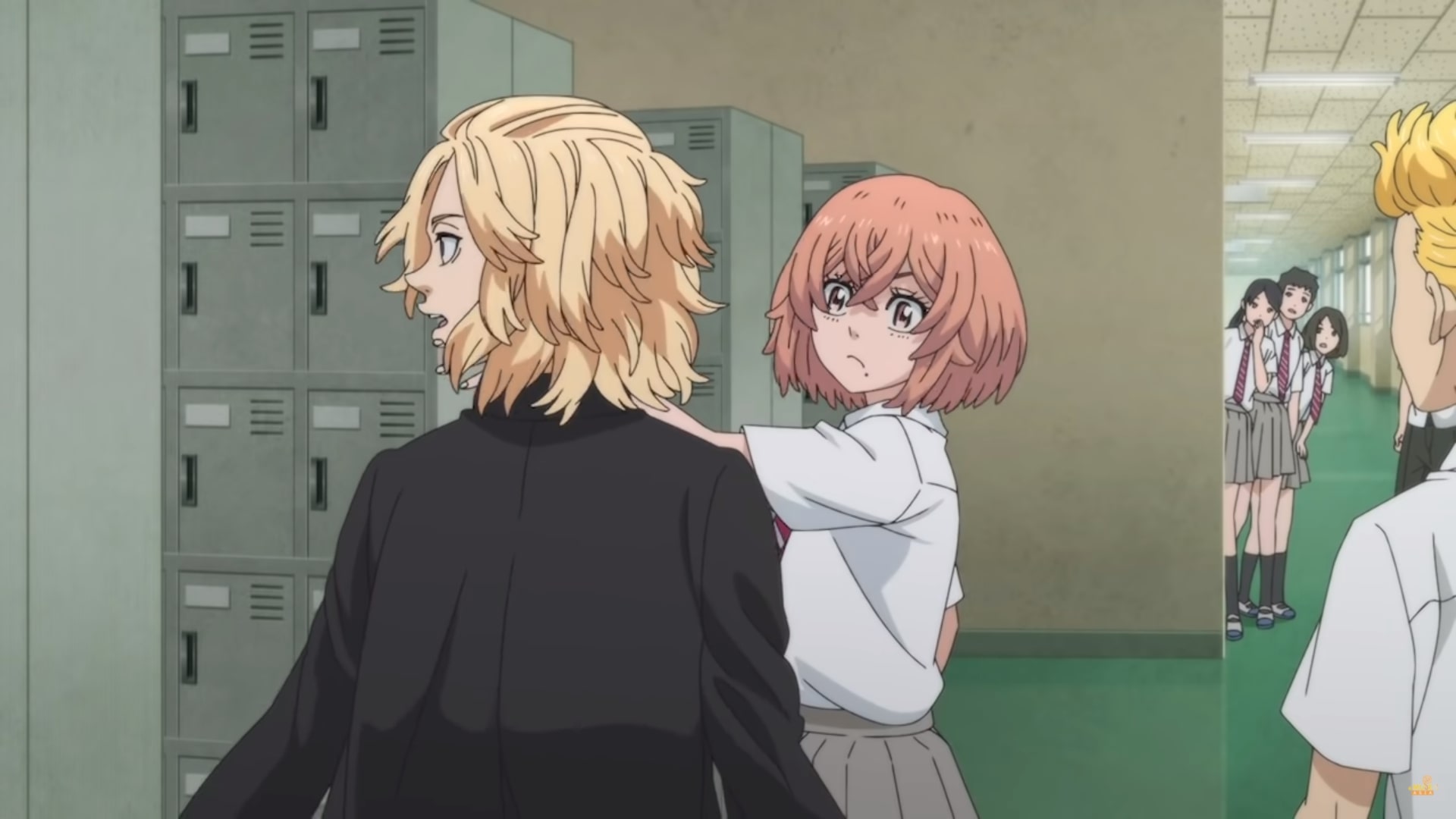 Hinata is a person who will stand up for those she cares about, no matter what. During a misunderstanding, when she thought that Takemichi was being bullied by Mickey and Draken, she stood up for her boyfriend by slapping Mickey despite shaking in fear.

3. Played by Imada Mio in the live-action movie

Mio Imada is a 24-year-old actress who gained popularity after starring as Airi Maya in Boys Over Flowers Season 2 in 2018. In the same year, she also won the Most Valuable Instagrammer Japan award. 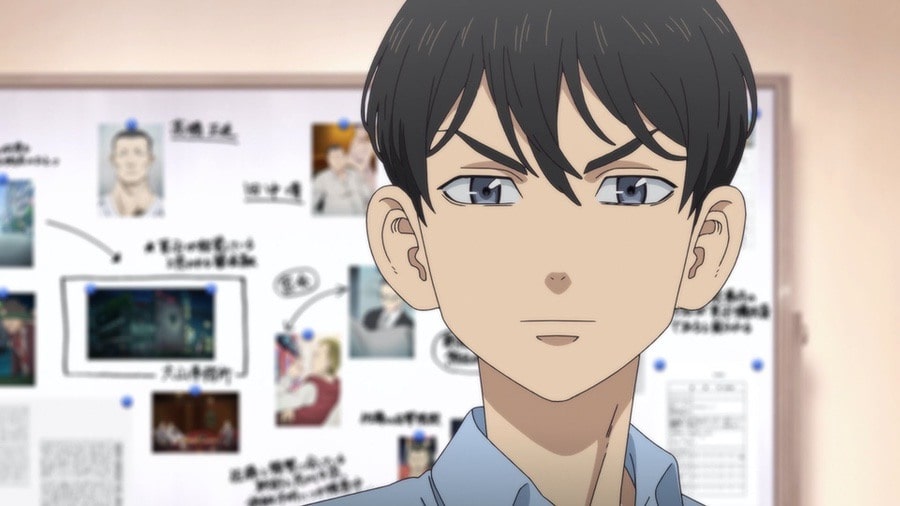 Naoto is Hinata’s younger brother. He studied hard and became a detective in an attempt to save her sister after being warned by future Takemichi about his sister’s impending death.

2. Is the trigger for Takemichi’s time-travelling ability 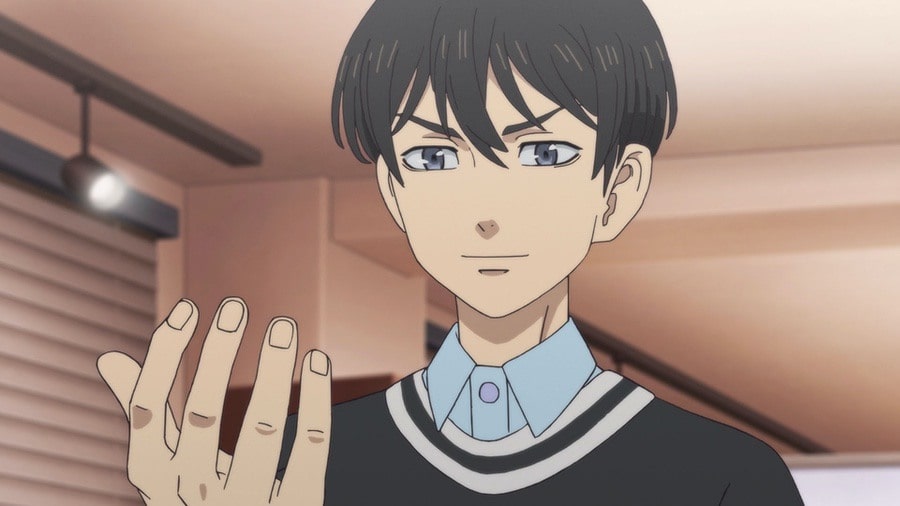 Naoto is the “trigger” for Takemichi’s time-travelling ability. In fact, the first time Takemichi activated his ability was when he held Naoto’s hand as he was being rescued from an oncoming train.

Being extremely intuitive and intelligent, Naoto is aware of Takemichi’s ability to travel to the past and works together with him to save his sister.

3. Played by Sugino Yosuke in the live-action movie

Known for being good-looking and charming, Yosuke Sugino is a 25-year-old actor and model who won the 12th Fine Boys Model Audition Grand Prix. He debuted in 2016, playing as Nobuyoshi Masamune in the TV drama series Pretty Proofreader.

Tokyo Revengers facts about the characters

Now that you’re a little more familiar with the characters in Tokyo Revengers – and are hopefully intrigued enough to want to know more – you should watch the Tokyo Revengers anime series on Crunchyroll while waiting for the international release of the live-action movie.

For more Japanese-related articles, check out: 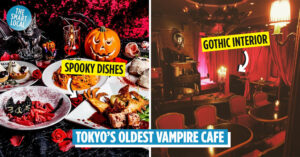 Vampire Cafe: A Gothic Restaurant That Serves "Blood" To Its Patrons
Nagatoshi Station Has 20 Torii Gates Lined Along Its Track, Looks Like A Mini Fushimi... 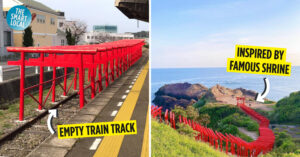